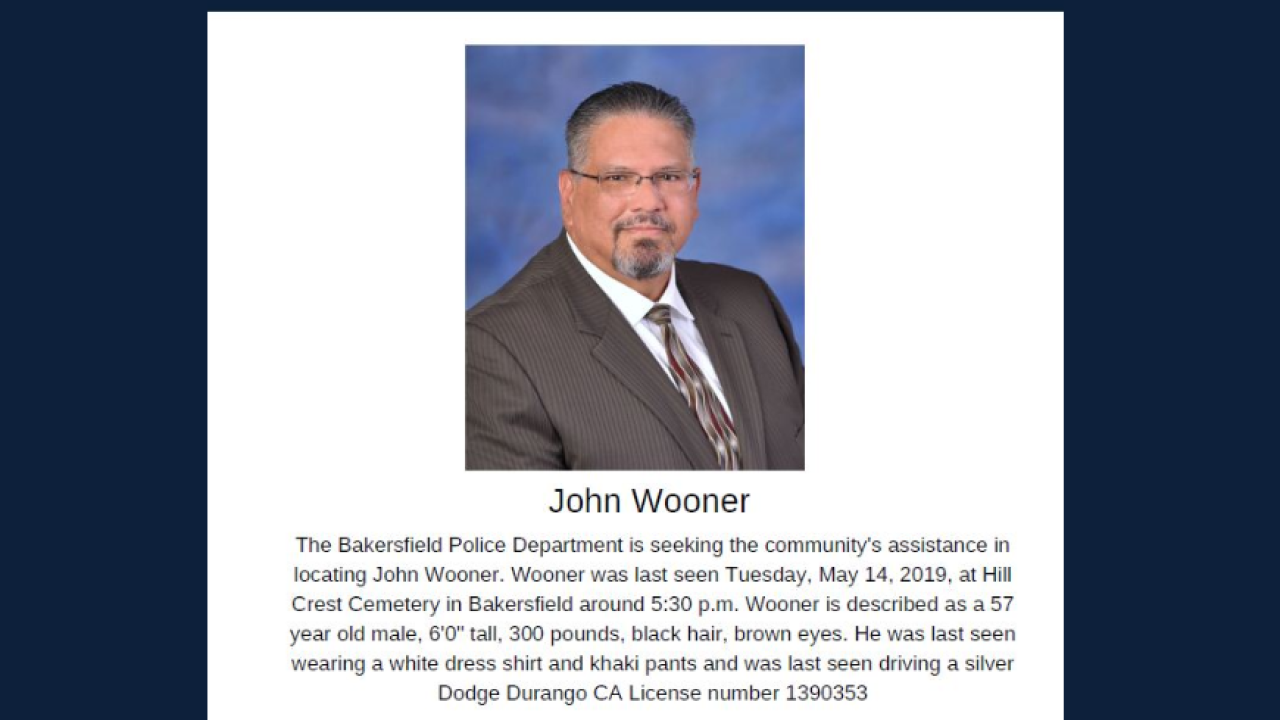 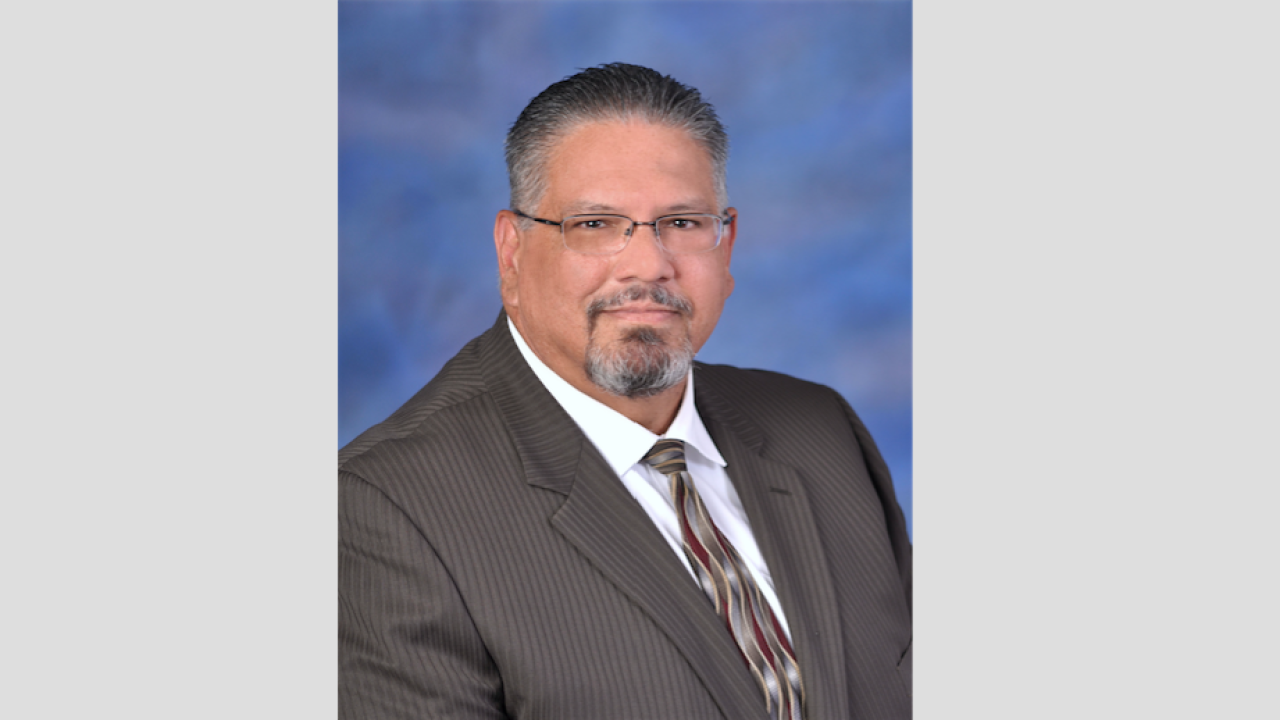 BPD has released a picture of the car similar to what John Wooner was reportedly last seen driving before he went missing on May 14.

Bakersfield Police are asking for assistance locating a missing person identified as the City Manager for the City of McFarland, John Wooner.

Wooner was last seen on Tuesday at Hillcrest Cemetery in Bakersfield around 5:30 p.m.

Wooner, 57, is described as 6 feet tall and 300 pounds. He has black hair, brown eyes and was last seen wearing a white dress shirt and khaki pants.

He was last seen driving a McFarland city vehicle, a Silver Dodge Durango with CA #1390353.

The Bakersfield Police Department has corrected the description of Wooner and says he is a White male. An initial report from BPD described Wooner as a Hispanic male.