Shooting suspect turns himself in to BPD

Update: On November 23, at about 11:30 a.m., Ramos-Falcon turned himself in to detectives at BPD. He was then taken into custody.

Anyone with additional information related to this incident is urged to contact BPD detective Bishop at (661) 326-3511.

BPD is searching for a suspect they say is responsible for an assault with a firearm that occurred in South Bakersfield.

BPD has named Rey Enrique Ramos-Falcon as the alleged suspect in the assault with a firearm. Ramos-Falcon is described as a 28-year-old Hispanic male, 5 ft. 9 inches tall, 150 pounds, with brown hair and brown eyes. 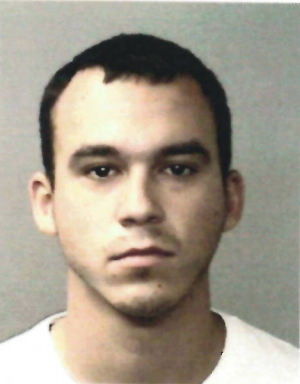 According to BPD, Ramos-Falcon has a felony warrant for his arrest, charging him with assault with a firearm on a person, shooting into an inhabited dwelling, and several additional firearm related charges. BPD says Ramos-Falcon is considered armed and dangerous.

Anyone with information regarding Ramos-Falcon's whereabouts is encouraged to call BPD at 661-327-7111.