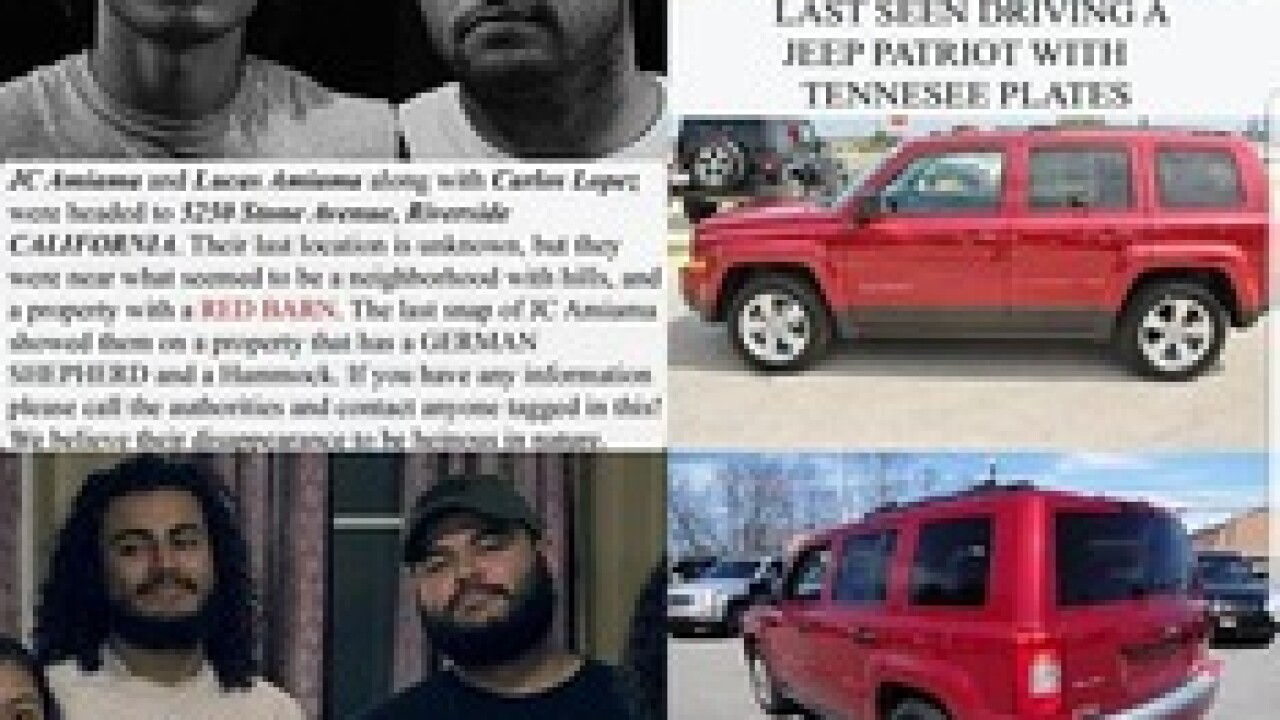 Burbank police are looking into the possibility of the three bodies found being that of three missing Bakersfield men.

The vehicle the men were found in was parked in Burbank when police came across the discovery Tuesday morning.

Burbank Police said on April 19 that they're working with Riverside County Sheriff's Department investigators about a property in the 5200 block of Stone Avenue in Riverside. Investigators have identified that property as a location of interest.

On Thursday, police said it's unclear what the connection that property may have with the missing Bakersfield men and the homicide investigation.

A search warrant was obtained and Burbank Police plan to search it on Thursday.

The identities of the bodies found earlier this week have not yet been released.

Please check back for more updates.