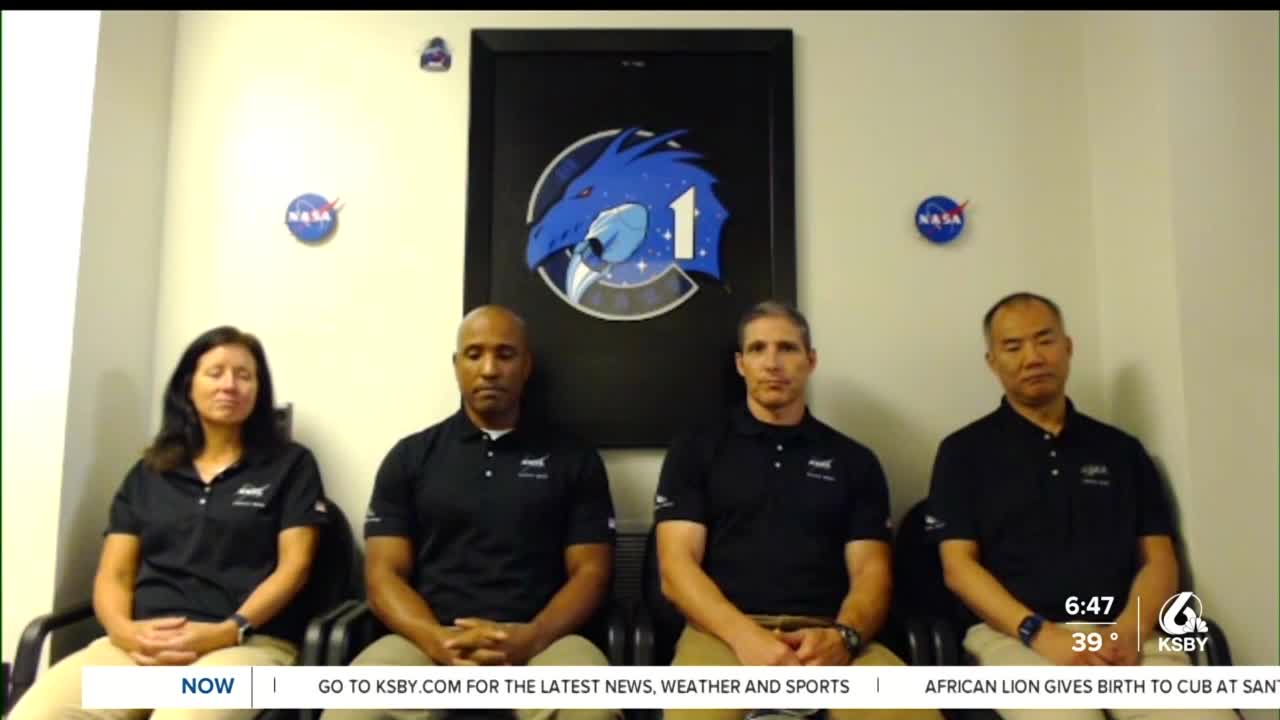 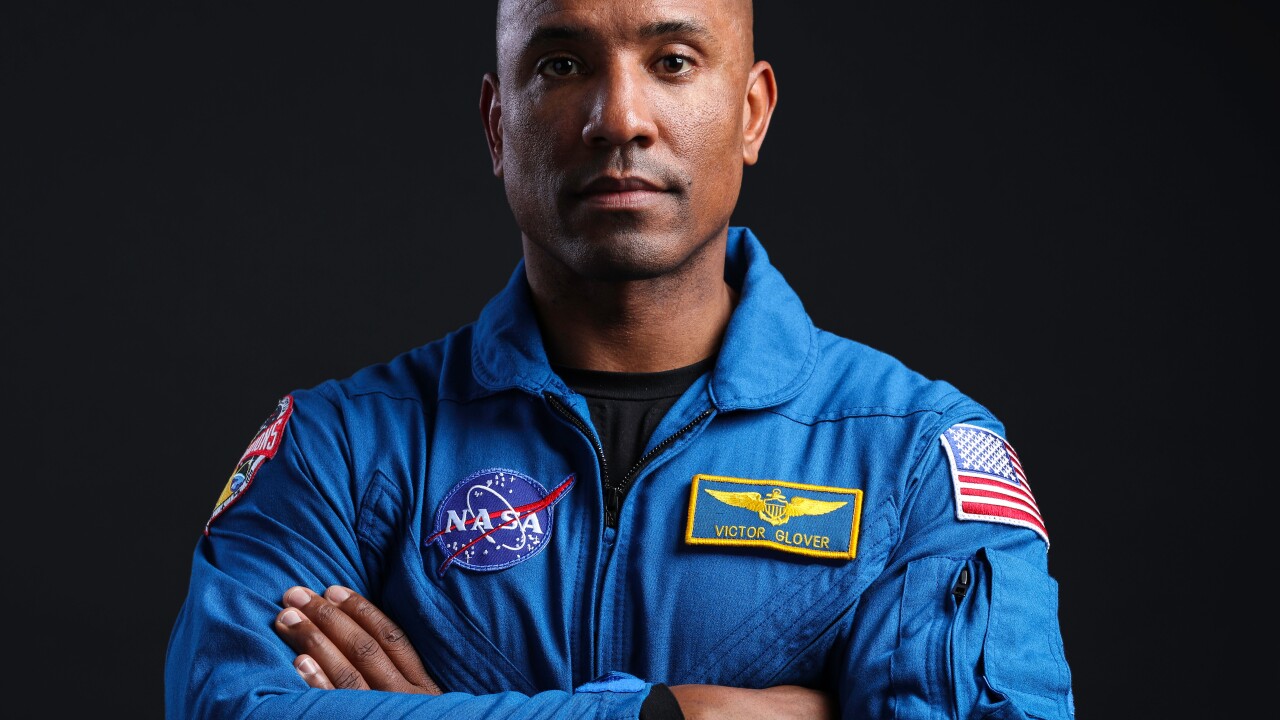 NASA and SpaceX are preparing for a historic launch Sunday and a Cal Poly graduate will be at the controls in the cockpit.

"Victor was very intelligent. Victor understood that the best long term plan is a series of very excellent short term plans," Dr. Walsh told KSBY. "My goodness, where he is now sort of speaks for itself."

Glover came to Cal Poly in 1994 on a wrestling scholarship. During his junior year, he was a walk-on for the Cal Poly football team and says athletics has always played a key role in his life.

After graduating from Cal Poly, Glover joined the Navy and became a pilot. He is an active-duty Navy aviator with 22 years of service.

While working as a Legislative Fellow for the late Arizona Senator John McCain in 2012, Glover was selected for the NASA astronaut program.

"I felt pretty strongly that he would be successful. He's a tough person to bet against," Dr. Walsh said. "Getting to the space station is not the end for him. He's talking about Mars all the time."

Glover has been preparing to pilot this historic and collaborative mission between SpaceX and NASA over the last two years.

"My role on the Crew 1 mission is to first safely get us to the Space Station. We are flying a new spacecraft, the Crew Dragon made by SpaceX," Glover said.

The mission is historic for multiple reasons. It is NASA's first fully-crewed mission with SpaceX providing its Falcon 9 rocket to lift the four astronauts to the ISS.

For 44-year-old Glover, he will become the first Black astronaut to fly for SpaceX and the first to move into the Space Station for a long stay.

Glover has been vocal on his Twitter account about the issue of racial injustice in America but is deferential about his role in the history of aerospace.

"It is something to be celebrated once we accomplish it. I am honored to be in this position and to be a part of this great and experienced crew," Glover told media at a press conference Monday. "I look forward to getting up there and doing my best to make sure that we are worthy of all the work that has gone into setting us up for this mission."

His four daughters and wife, who he met at Cal Poly, will be watching from the launch pad.

If not for COVID-19 restrictions, Dr. Walsh would have been there too.

"When Victor goes up there, he's just not lifting himself. He's lifting all of us with him," Dr. Walsh said.

Glover is trying to keep his emotions in check and stay focused on the mission.

"The biggest emotion or feeling or thought is that it's surreal," Glover said. "I wake up and go, 'I really am at Kennedy Space Center.'"

Dr. Walsh hopes and knows Glover will go on to more impressive achievements after his six-month stint in space.

"I told him, 'You've got to do two things after this space thing: you've got to come back and teach at a university or you've got to, by god, go into politics because we need someone like you,'" Dr. Walsh said.

While at Cal Poly, Glover was involved in the Mathematics, Engineering and Science Achievement (MESA) program where he did outreach work with underrepresented students at local middle schools. STEM outreach remains crucially important to Glover.

"A STEM education is a challenging climb but once you are at the top and you get to see that view, you know that it was worth it," Glover said.

During their six-month stay in space, Crew 1 will provide outreach opportunities to show people back on Earth what they are doing up there.

"He's a very capable person, he's a very compassionate person, he's intellectually omnivorous beyond measure and most of all courageous," Dr. Walsh said. "I think that is what you need to have if you're going to be an astronaut."

Glover sees motivating the next generation of STEM professionals as a personal mission.

"There's this thing in the aerospace industry called the Gray Wave where we are retiring more engineers than we are making and that is an impact on our country and the globe in terms of folks that have the ability to work in the science and technology field," Glover said. "We need to make many more engineers and scientists. I would love to go everywhere that I can to encourage young people to study it as much as they can. It's very important to the world, to all of humanity."

Glover has made visits to Cal Poly over the course of his career but it is unknown whether he will speak with Mustangs directly during the Crew 1 mission.

Crew 1 is scheduled to return in May. Glover hopes he will be back in time to see his oldest daughter graduate from high school. The crew members are also hoping a COVID-19 vaccine will have improved the situation on Earth by the time they return. All four have been quarantining for weeks ahead of this weekend's launch.

The launch from Kennedy Space Center is currently scheduled for 4:27 p.m. Sunday PST and can be watched live on NASA TV's live stream. On Friday afternoon, NASA officials opted to delay the launch from Saturday to Sunday due to weather conditions.

Cal Poly will host a virtual panel discussion at 3:30 p.m. Saturday on the significance of Glover's accomplishments and the Crew 1 mission.