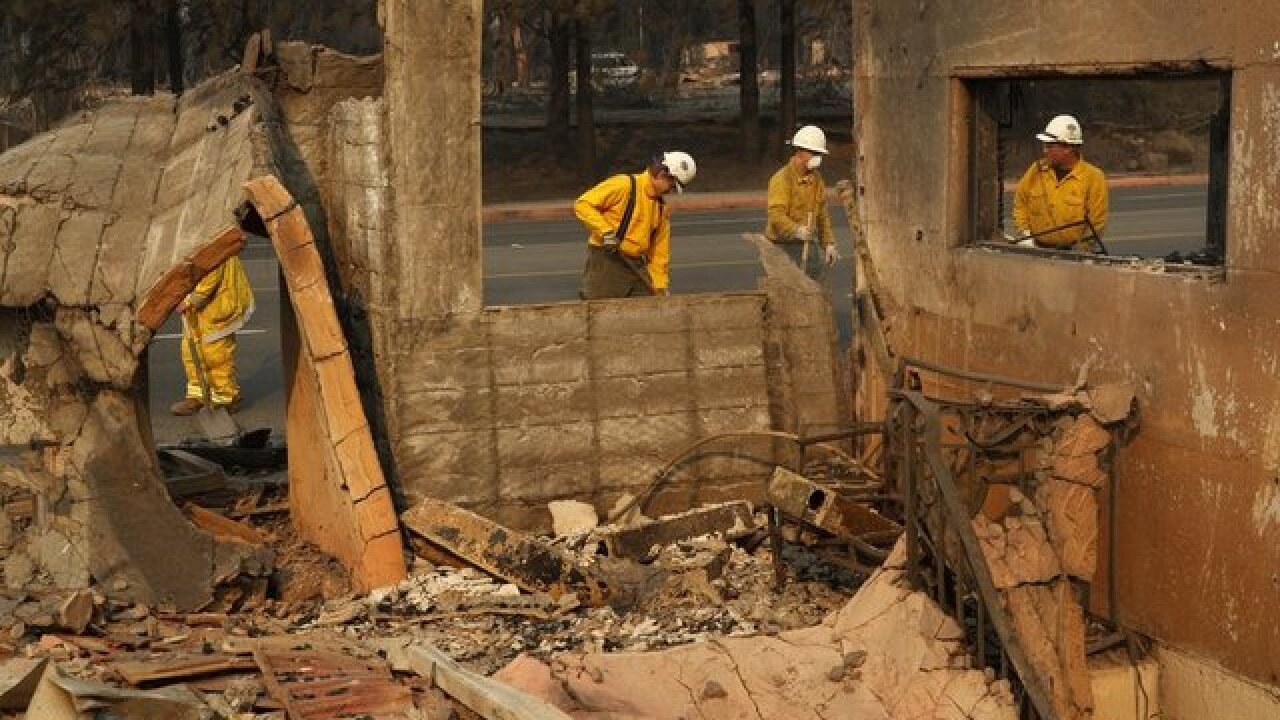 Copyright 2018 Scripps Media, Inc. All rights reserved. This material may not be published, broadcast, rewritten, or redistributed.
<p>Fire crews clear rubble from the road near a building burned in the Camp Fire, Monday, Nov. 12, 2018, in Paradise, Calif. (AP Photo/John Locher)</p>

A Northern California man who led a caravan of vehicles that was overcome by flames from a wildfire says he saw his friend die.

Greg Woodcox told The Associated Press Monday that he heard his friend scream as the heat blew out windows. Four other people in the vehicles died.

They were among at least 29 people who have lost their lives in a wildfire that decimated the town of Paradise.

Woodcox said he was too exhausted to talk more by phone.

In an interview with the San Francisco Chronicle, the 58-year-old Woodcox said he was in a Jeep ahead of the other vehicles and ran when the flames overtook them.

He said he followed a fox to a path down a steep embankment, and he survived by submerging himself in a stream for nearly an hour.