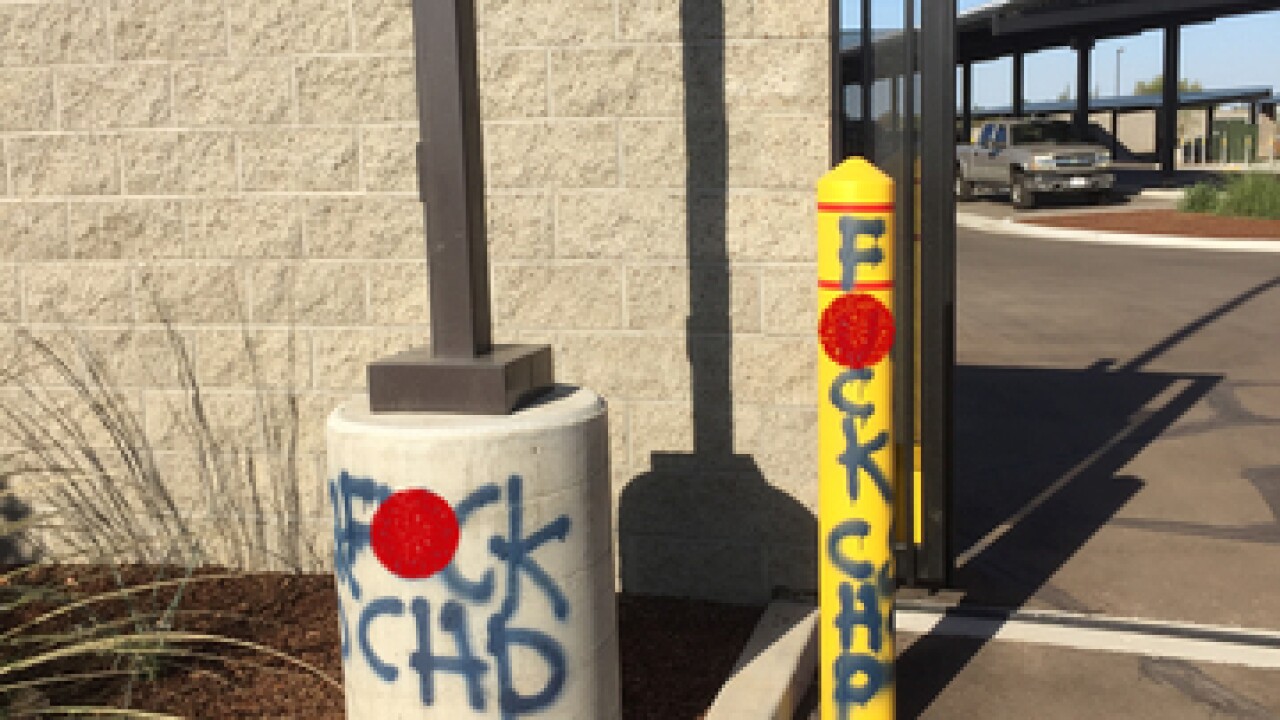 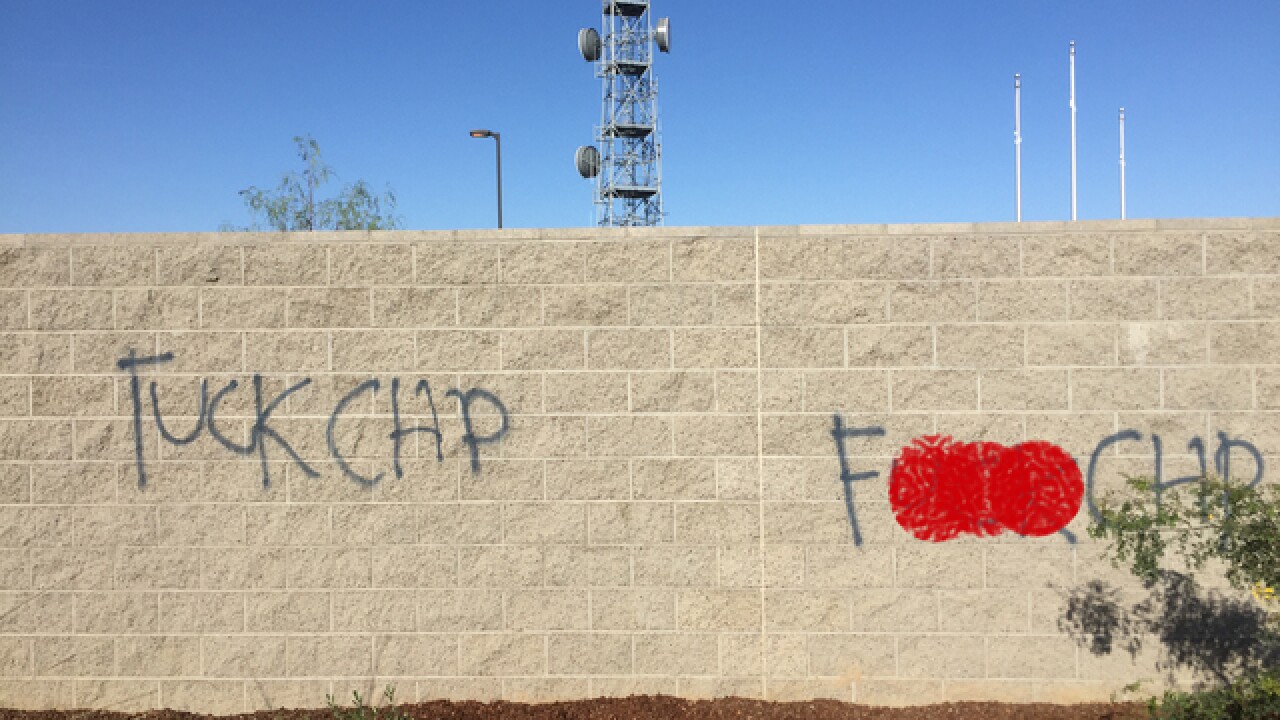 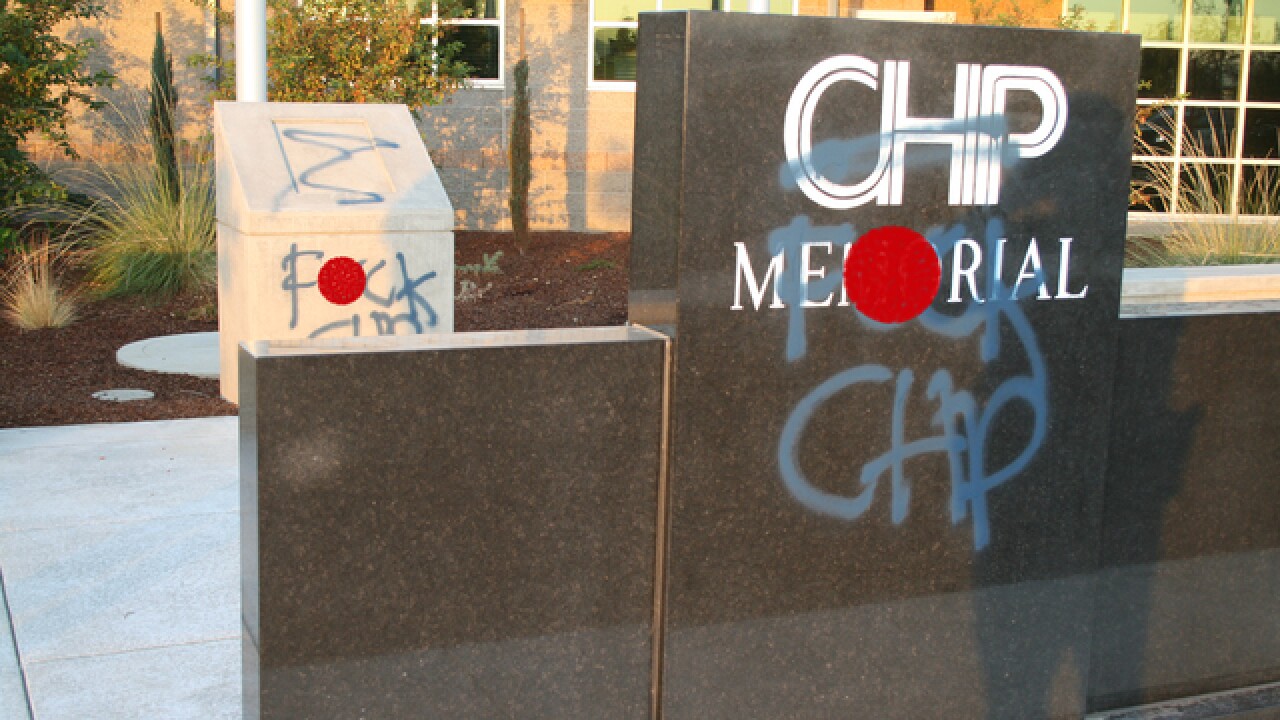 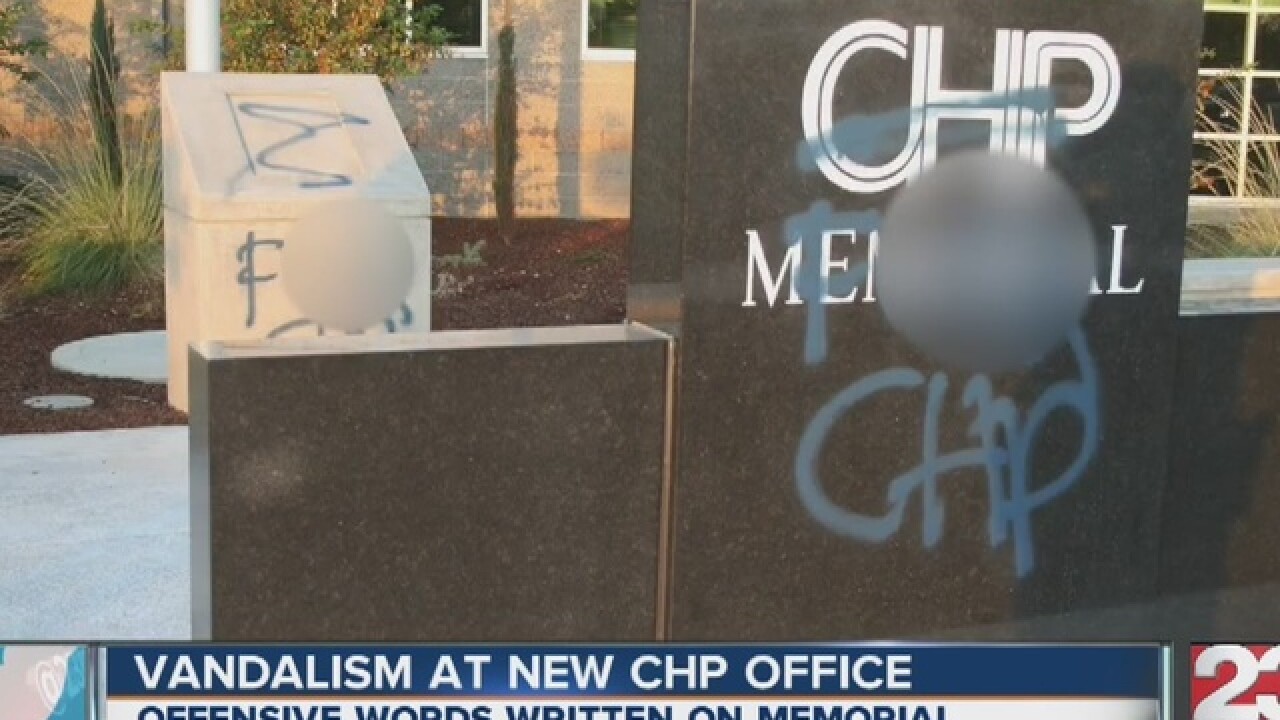 Suspects defaced and vandalized property with graffiti, and the office and Fallen Officer Memorial were written on with blue paint. Obscene language was scrawled across the memorial and many of the perimeter walls.

The Fallen Officer Memorial depicts the names of every California Highway Patrol Officer in Kern County who have been killed in the line of duty.

The California Highway Patrol is requesting assistance from the public with the identification of the two suspects that committed this act. The Fallen Officer Memorial is under video surveillance which captured this event.

The video footage was forwarded to the Federal Bureau of Investigation and is currently being forensically processed.

CHP officials said they will not be releasing suspect descriptions because it could jeopardized their investigation.

The California Highway Patrol urges anyone with information regarding this crime to please contact Officer J. Bridges, #18615, at (661) 864-4429, as soon as possible.