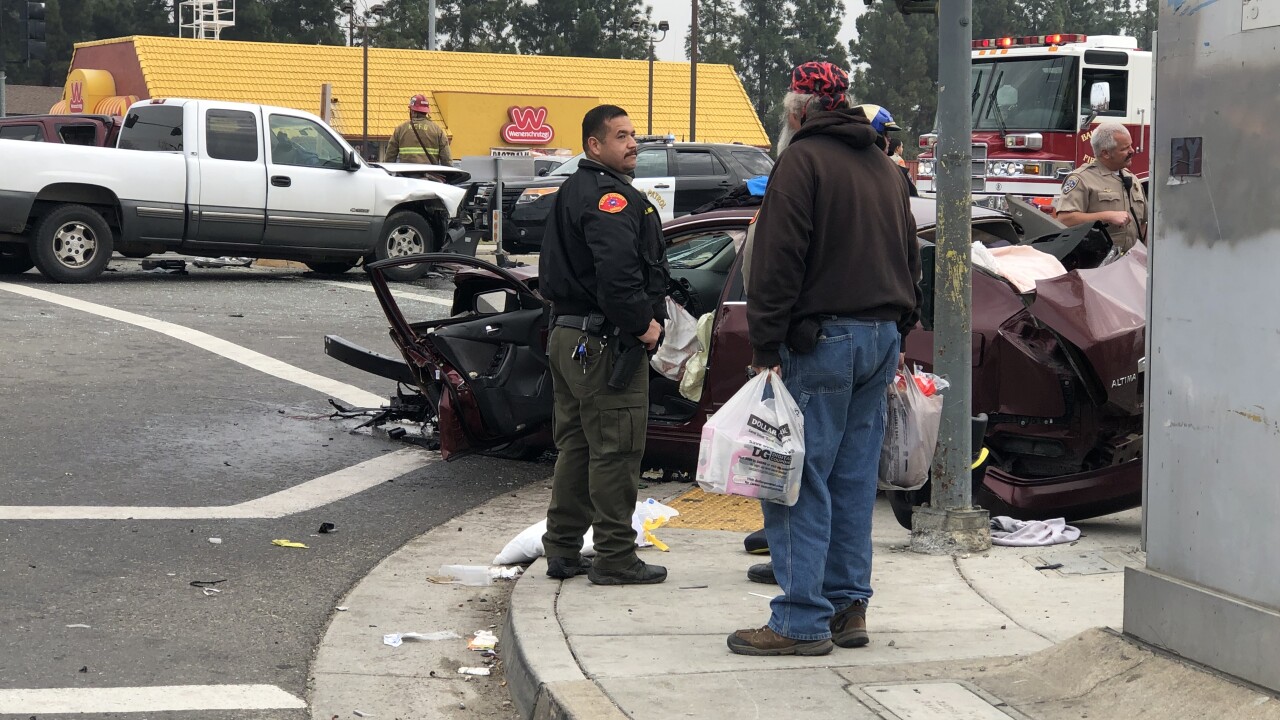 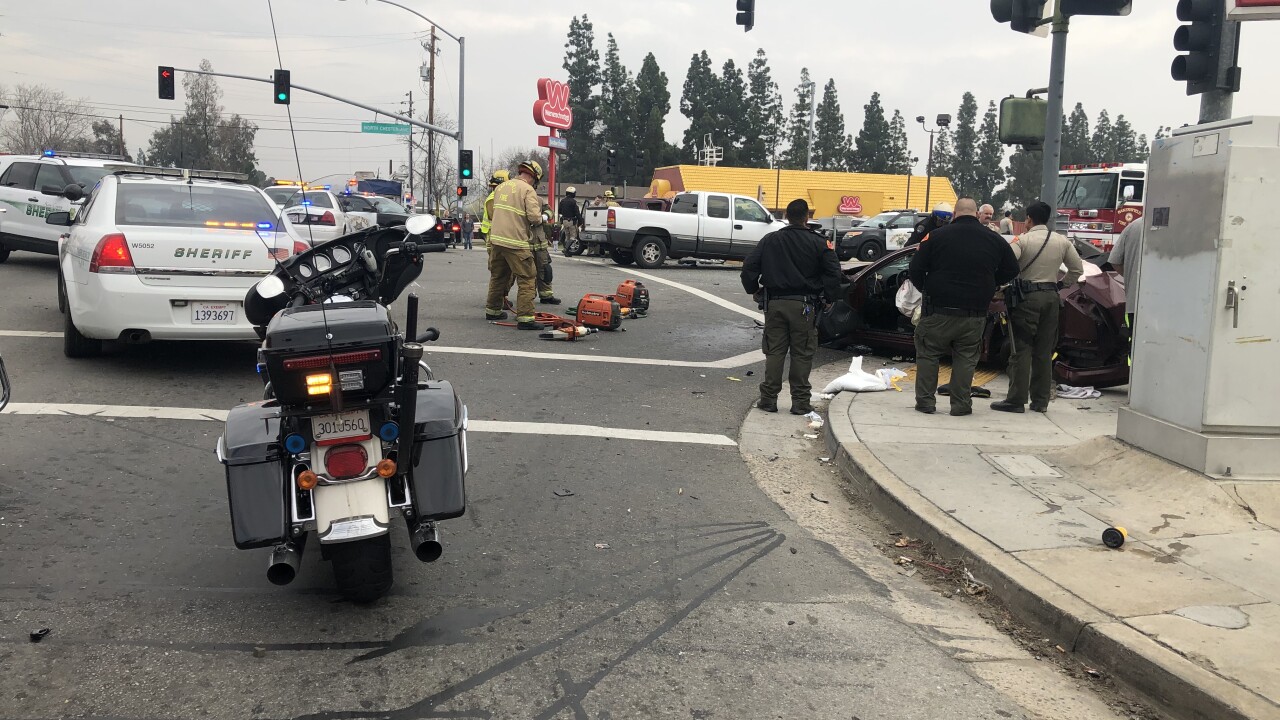 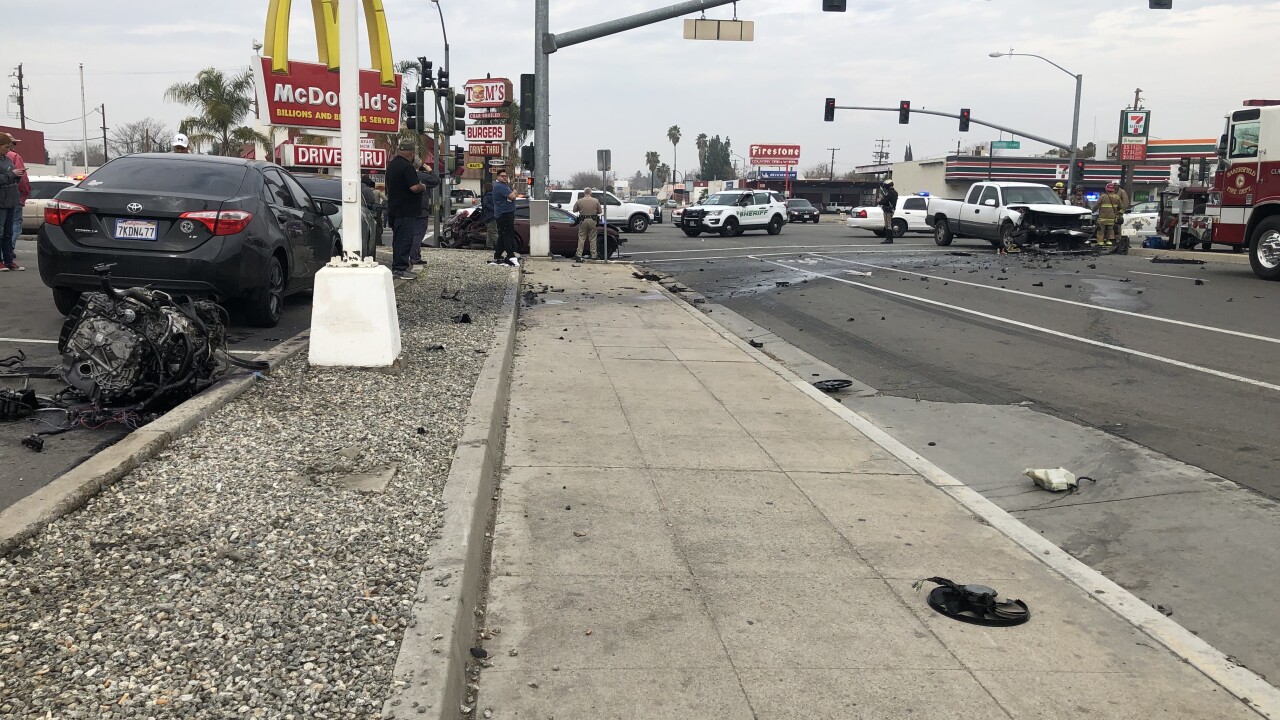 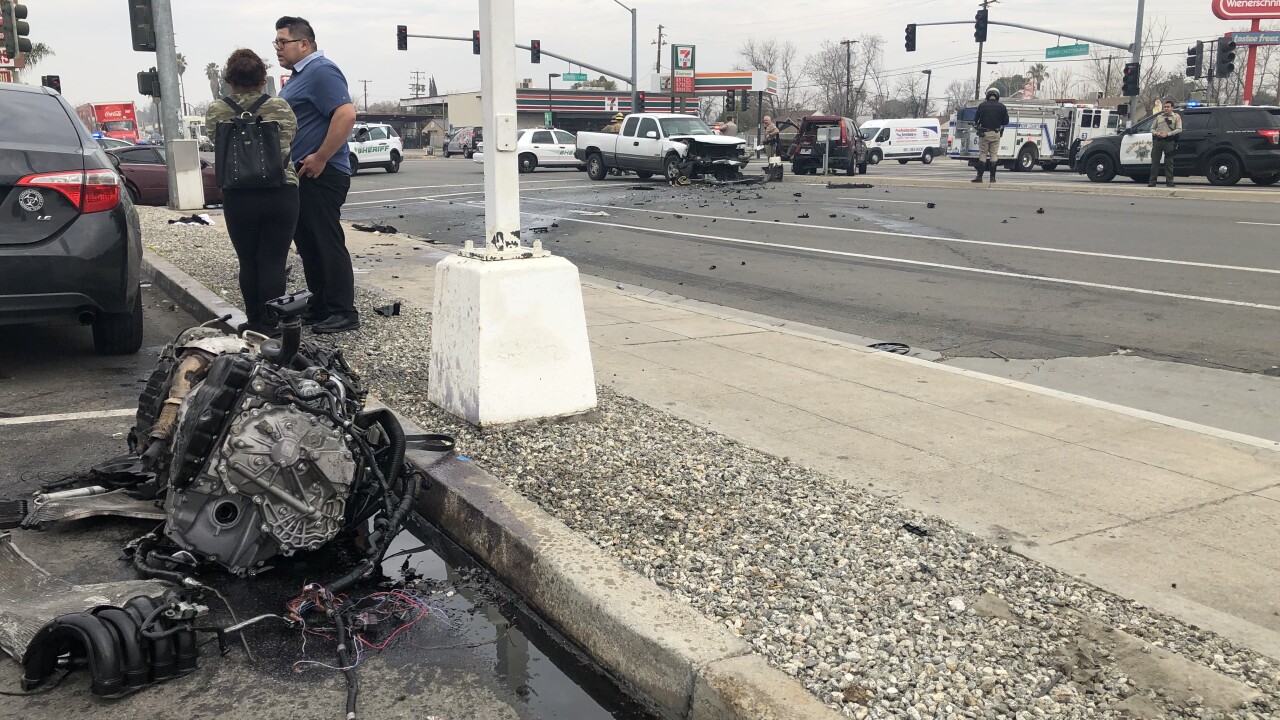 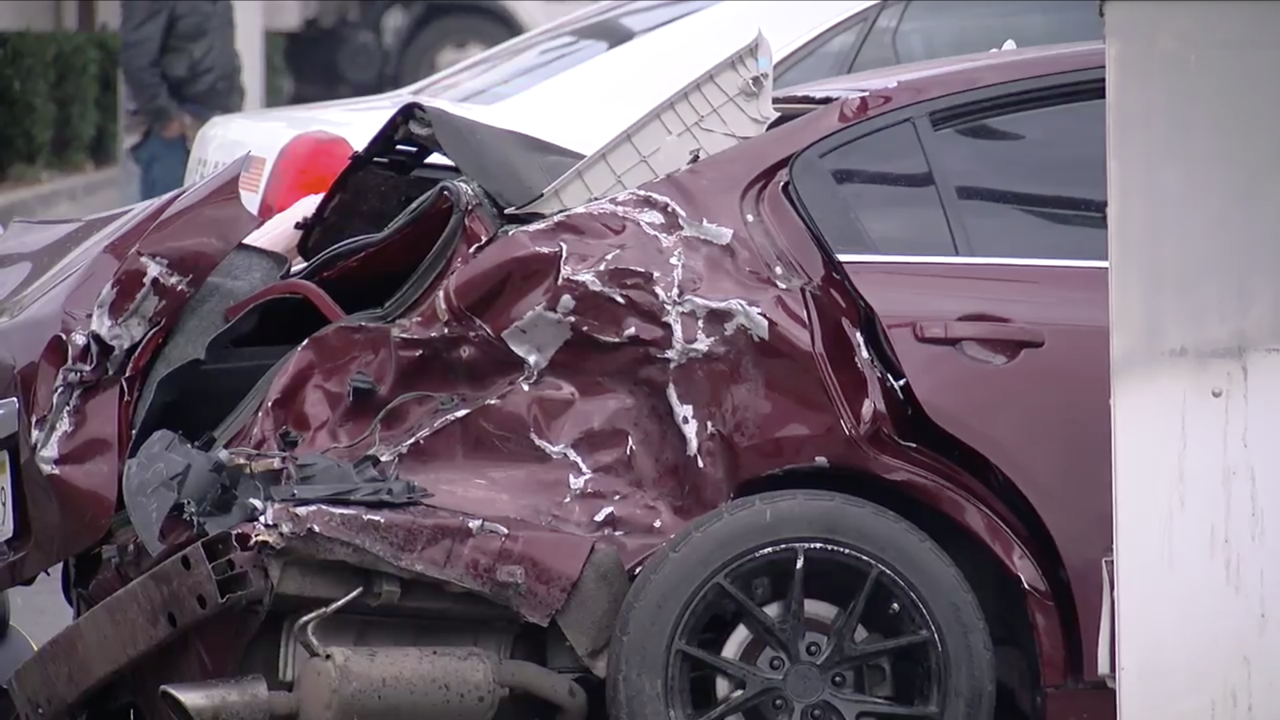 According to the CHP, 29-year-old Ruben A. Arvizu Singh and 35-year-old Mark Richard Schrader were traveling northbound on Chester Avenue south of Roberts Lane "at a suspected high rate of speed." Singh made an "unsafe lane change" and collided with Schrader's 2011 Mazda.

Singh's 2012 Nissan spun out of control and collided with a 2003 Honda driven by 82-year-old Clinton Henry, which was stopped in the turn lane on North Chester Ave just south of Roberts Lane. Singh's car then jumped the center divider and struck a Chevy Silverado driven by 59-year-old Jody Lane Jackson who was traveling southbound.

The force of that impact caused the engine of Singh's car to be thrown into a McDonald's parking lot, striking another vehicle.

This incident remains under investigation. At this time it is unknown if alcohol or drugs played a factor in the crash.