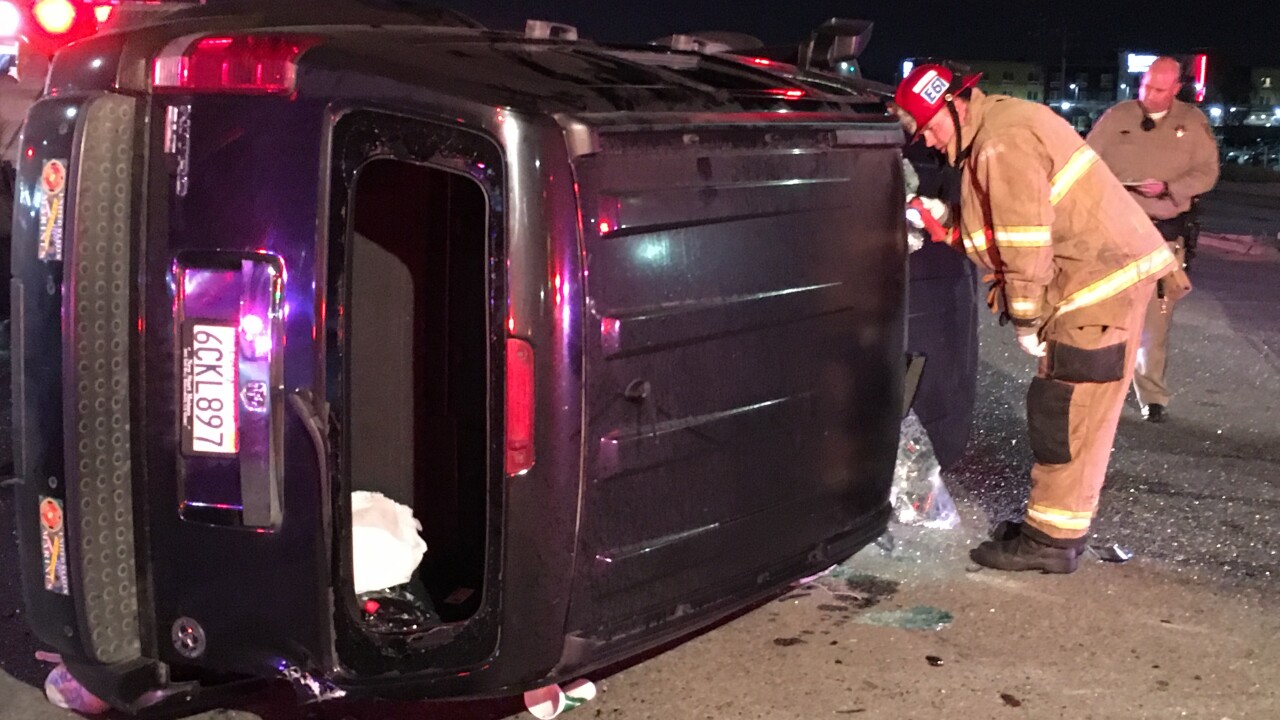 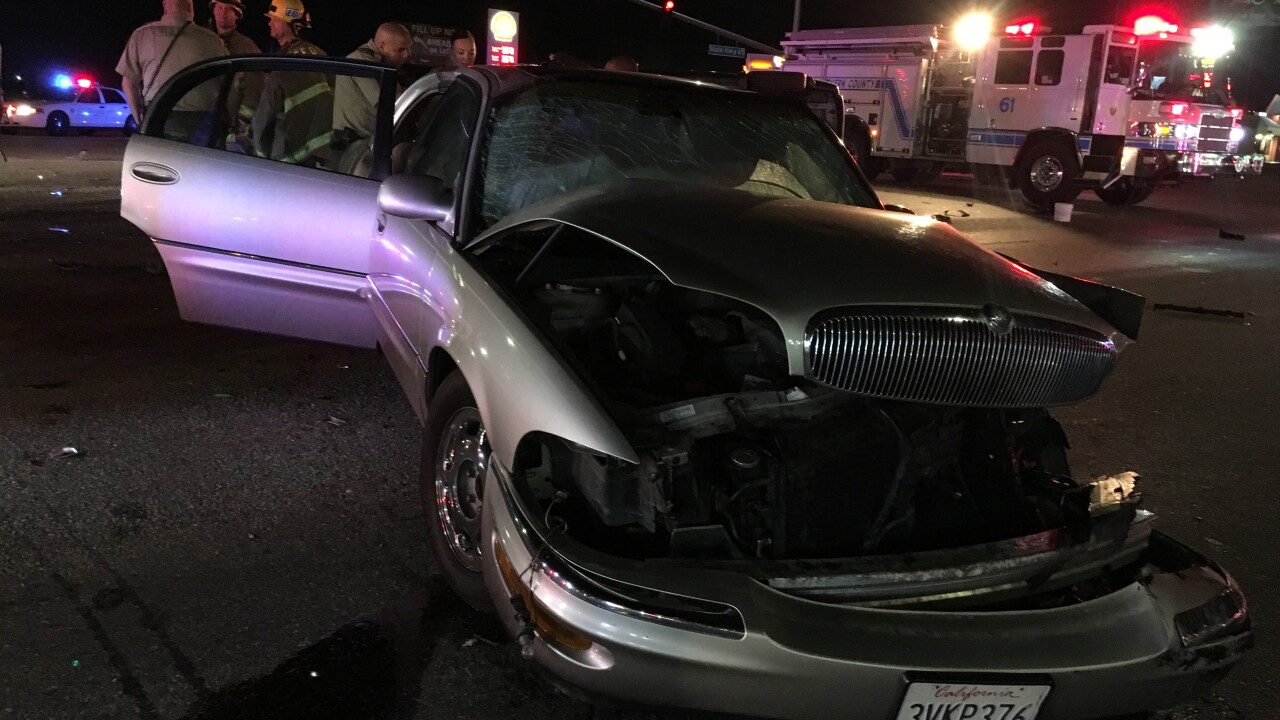 At least four people were injured after the minivan they were in was hit by a car trying to evade the Kern County Sheriff's Office.

According to Kern County Fire officials, a Buick ran into a minivan in the area of Merle Haggard and Highway 65. Officials say the car was possibly stolen.

Although KCSO is telling 23ABC they are aware the vehicle was stolen but did not issue a pursuit.

The impact caused the minivan to roll over. At least four people in the minivan were transported to a hospital with minor to moderate injuries.

It is unknown if any arrests were made.