Find out some ways to protect your family from carbon monoxide poisioning
Posted: 8:15 PM, Dec 10, 2018 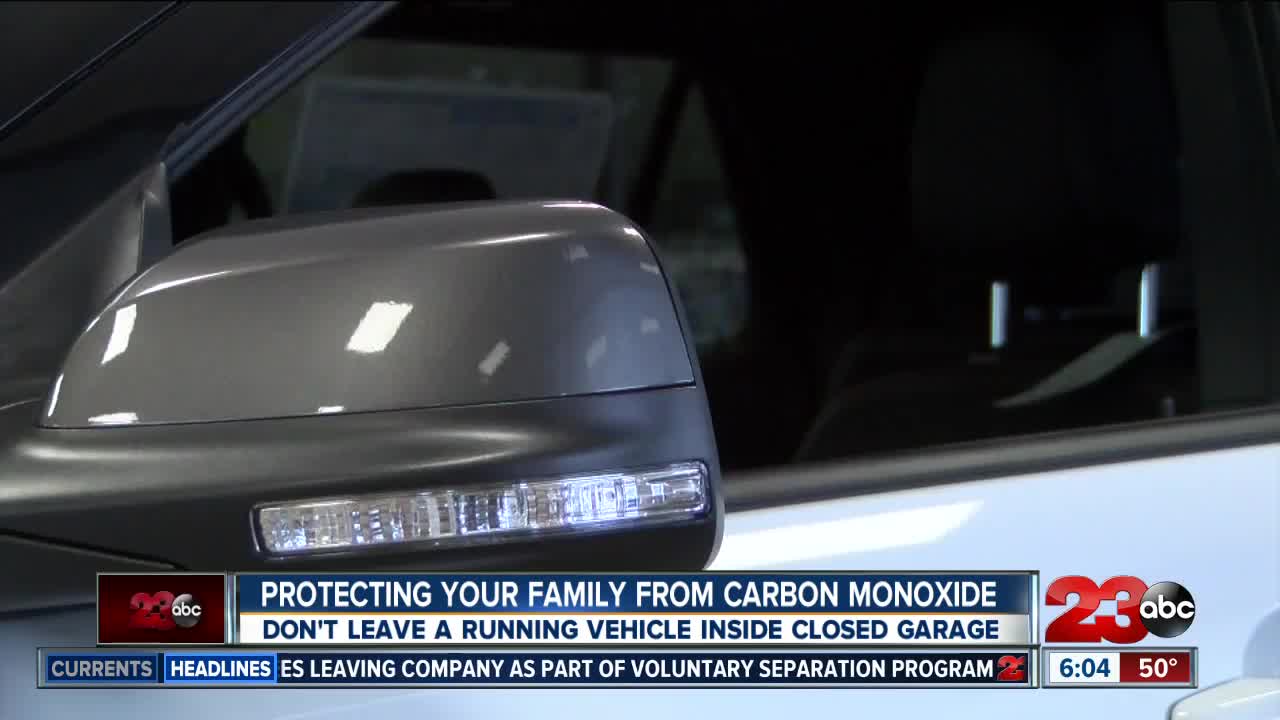 BAKERSFIELD, CA. — Push to start vehicles become more prevalent in popular car manufacturers each year. In 2008, traditional keyed ignition systems were standard in 89 percent of new cars, and now they are in just 38 percent, according to Edumnds.com.

Due to the increased technology, many people use the push to start feature to turn on their cars without getting in it. Instances include heating up the car before driving in it or simply forgetting you turned it on while you finish errands inside your home. Although the technology may be convenient, it is important to take additional safety measures when it comes to carbon monoxide prevention.

Kern County Fire Department's Public Information Officer, Andrew Freeborn, says, "carbon monoxide is the byproduct of incomplete combustion its considered a silent killer because you can’t hear it, you can’t see it, you can’t smell it, you can’t taste it.”

According to the Center for Disease Control and Prevention, there are about 430 carbon monoxide poison deaths per year.

“Its not recommended to leave a vehicle running in the garage or near open windows in a home because the exhaust fumes which have carbon monoxide in them could enter the home," says Freeborn.

Jim Burke Ford sales consultant, Robert Allen, says, "Ford does have safety features in place on a lot of our vehicles and a lot of auto manufacturers are beginning to do that where their vehicle’s remote start is actually timed and can be controlled by the customer.”

Ford is one of four car manufacturers to include an automatic shut off feature in some of its car models. However, it is on the customer to customize this feature in their car. The 2018 Ford Explorer allows you to change the lapse time between the moment the ignition starts to the moment it shuts off. This specific model allows lapse times of 5, 10, or 15 minutes.

Kern Fire Department says to be aware of the symptoms of carbon monoxide which include nausea, headaches, and slight fatigue.

“If a person were to hear their carbon monoxide detector go off and they had symptoms, they would want to immediately leave their home and call 911," says Freeborn.