CAUGHT ON CAM: Thieves steal $27,000 in products from Apple Store 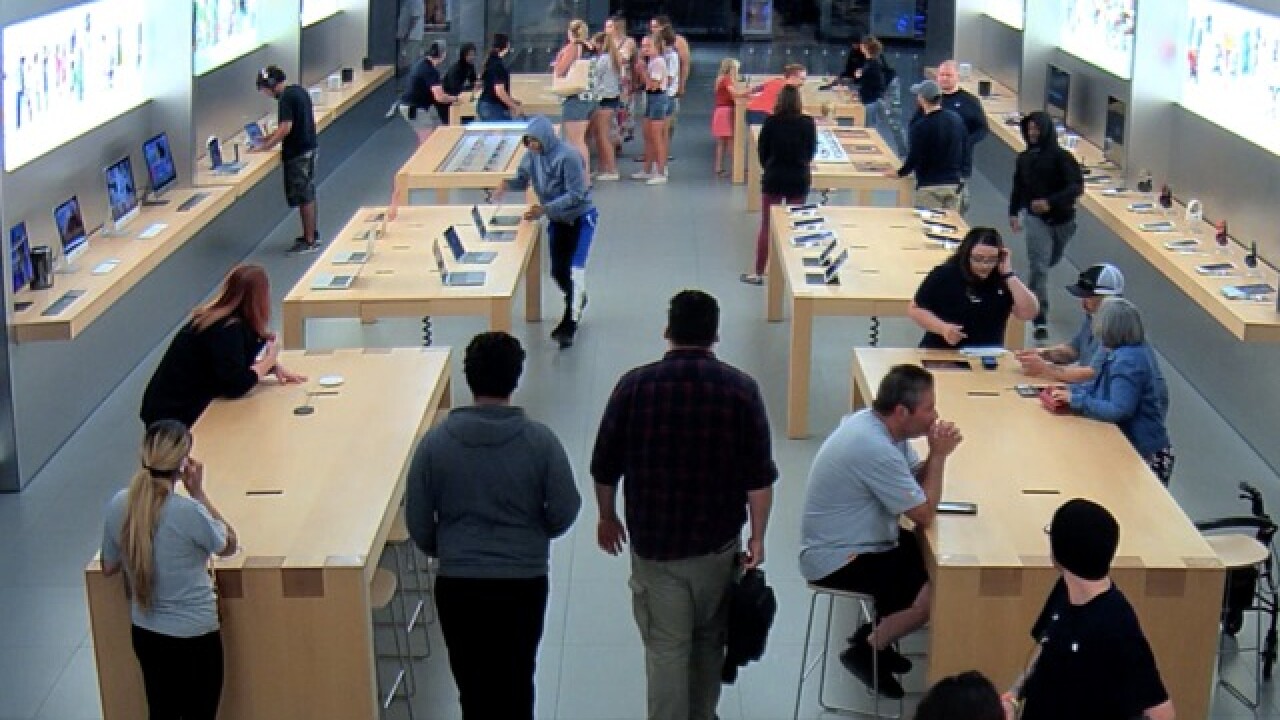 Surveillance video shows how a group of young men were able to get away with $27,000 worth of items from an Apple Store in Fresno.

It happened Saturday morning at the Apple Store inside the Fashion Fair Mall.

Lt. Mark Hudson of the Fresno Police Department spoke with our sister station ABC30 and said the group took, "Various iPhones, the iPhone 6, iPhone 7 and 8, and even the new iPhone X was taken in this grand theft."

The young men are seen running into the store and then ripping the electronics from the display tables throughout the store as customers and employees watched.

A group of visibly frightened teenage girls were in the middle of the store while one of the thieves ran past them, laptops in hand.

"One customer stood by the door to prevent them from leaving but was knocked out of the way," said Lt. Hudson. "Right now we are looking for four, or five, we believe there was a getaway driver, black males anywhere from 16 to 18 years old."

According to Fresno police, the suspects never displayed any weapons.

Investigators are reviewing the surveillance footage from the inside the store to see who the young men are, and if the crime might be connected to a similar robbery in Downtown San Luis Obispo last month.

"There are other reports, of other places, other cities in California that have had these kinds of takeover thefts," said Lt. Hudson. "So we are looking into (this crime) being connected to other crimes, at any other Apple Stores outside of Fresno.