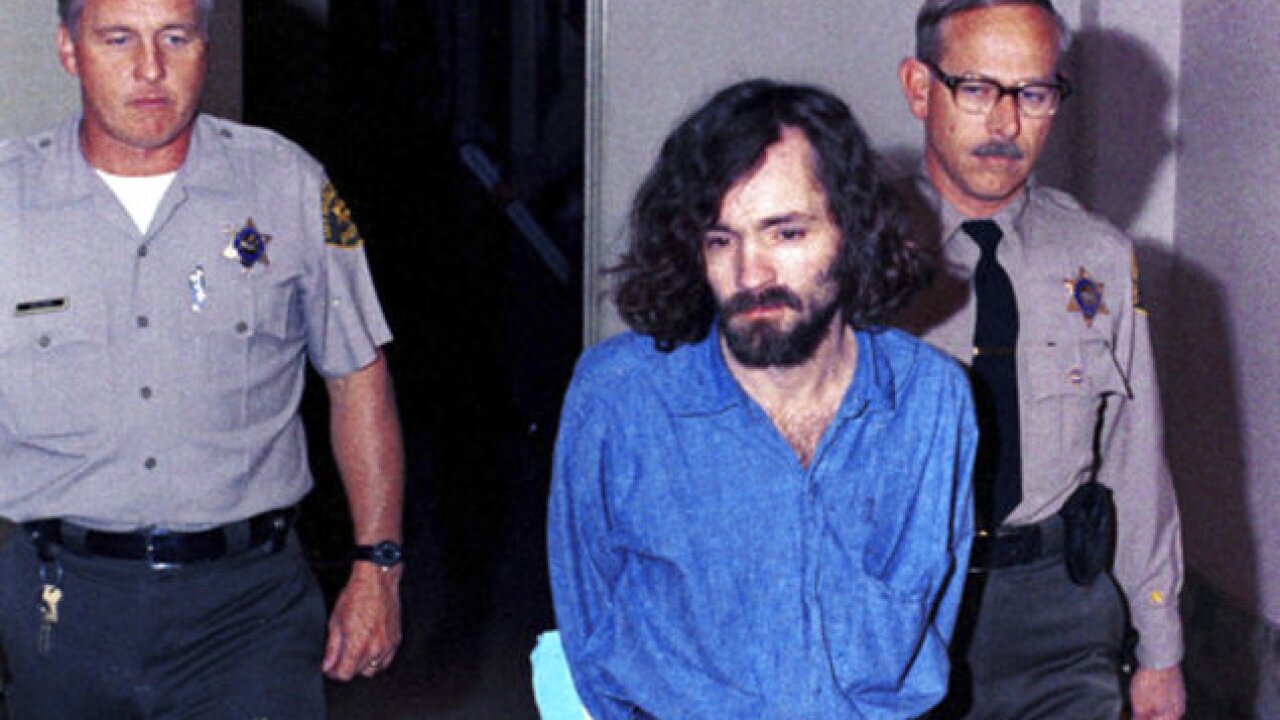 LOS ANGELES (AP) — Charles Manson’s cremated remains have been scattered nearly four months after the cult leader died in prison. A funeral was held Saturday following a court battle for the 83-year-old’s remains.

Pastor Mark Pitcher of the Church of the Nazarene in Porterville, California, says 20 to 25 people attended the funeral.

Among them were Manson’s grandson, Jason Freeman, and Freeman’s wife, Audrey.

His grandfather was cremated after the service and his ashes scattered.

Pitcher said Monday he agreed to lead the service because Freeman and his wife are Christians.

Manson was sentenced to life in prison for orchestrating the 1969 murders of actress Sharon Tate and eight others.

He died in November.