China Palace re-opened after shut down by health department 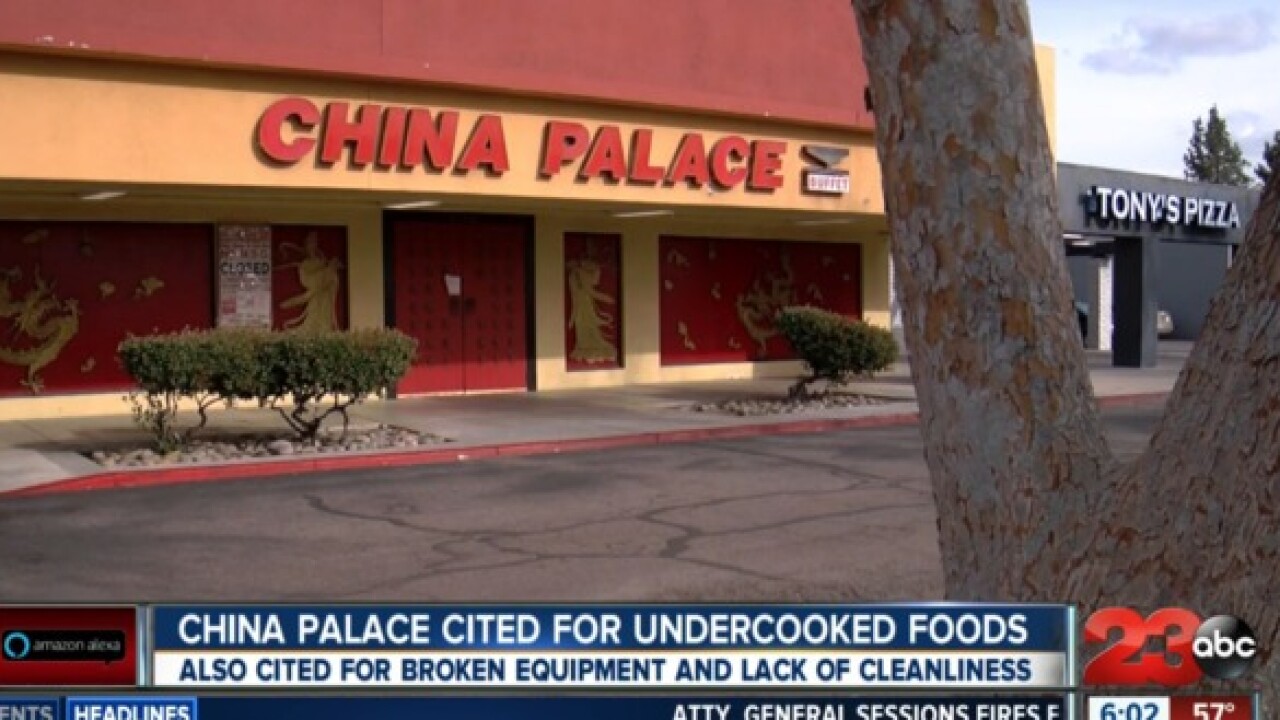 The Kern County Department of Public Health has shut down China Palace after multiple violations were spotted during an inspection.

China Palace has reopened after being closed by the Kern County Department of Public Health.

Peter Wang, owner of China Palace Restaurant, in a statement says, "China Palace has been family-owned in Bakersfield for more than 30 years, and we have enjoyed serving our customers delicious and fresh Chinese food for that entire time."

It goes on to say that the inspection showed concerns with an external handle on a freezer, potential cross-contamination of food in storage, necessary floor and wall repairs, and lack of cooling table for food preparation. Wang says a majority of the violations were immediately and positively fixed.

"We were re-evaluated and received an 'A' rating by Tuesday afternoon and reopened on Wednesday, March 21, for lunch," says Wang in the statement. "We understand our customers' concerns, and we are committed to renewing the trust that Bakersfield has given us for over 30 years."

The restaurant on California Ave. was given an inspection score of 70% on March. 16. According to the report, cooked chicken was not being kept at the correct temperature. Cut vegetables and raw shrimp were also not at the desired temperature.

It was also stated that raw meat was uncovered in storage, and that repairs were not made to the restaurant that were required in the previous inspection.

Other needed repairs were noted in the report. It's unclear when China Palace will be reopen for business.