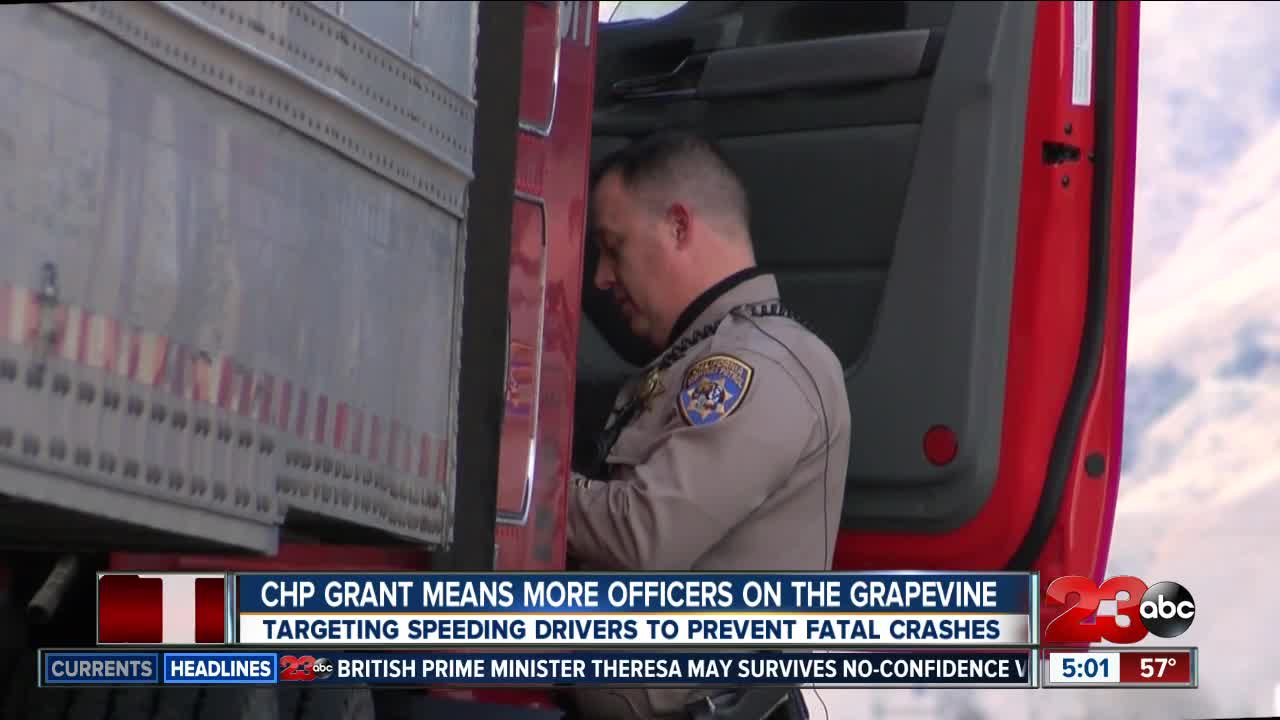 The Fort Tejon office received a grant to combat speeding

The California Highway Patrol's Fort Tejon office was awarded a $75,000 grant for a campaign they're calling "put the brakes on speed."

With that money, CHP will be adding more officers to the Grapevine and also put on ten different presentations, all with the goal of encouraging people to slow down. The money toward officers will add an extra 680 officer hours for a year, which started October 1, 2018.

CHP said these Grapevine officers will mostly be on high alert for speeding drivers, but will also monitor other reckless driving.

The Fort Tejon office said they average about three fatal crashes in their area every year. In 2016, that spiked to ten fatal crashes. For 2018 so far, there have been 12 fatal crashes.

"Speed does kill and so that’s why we need to slow it down," said Officer D.C. Williams.