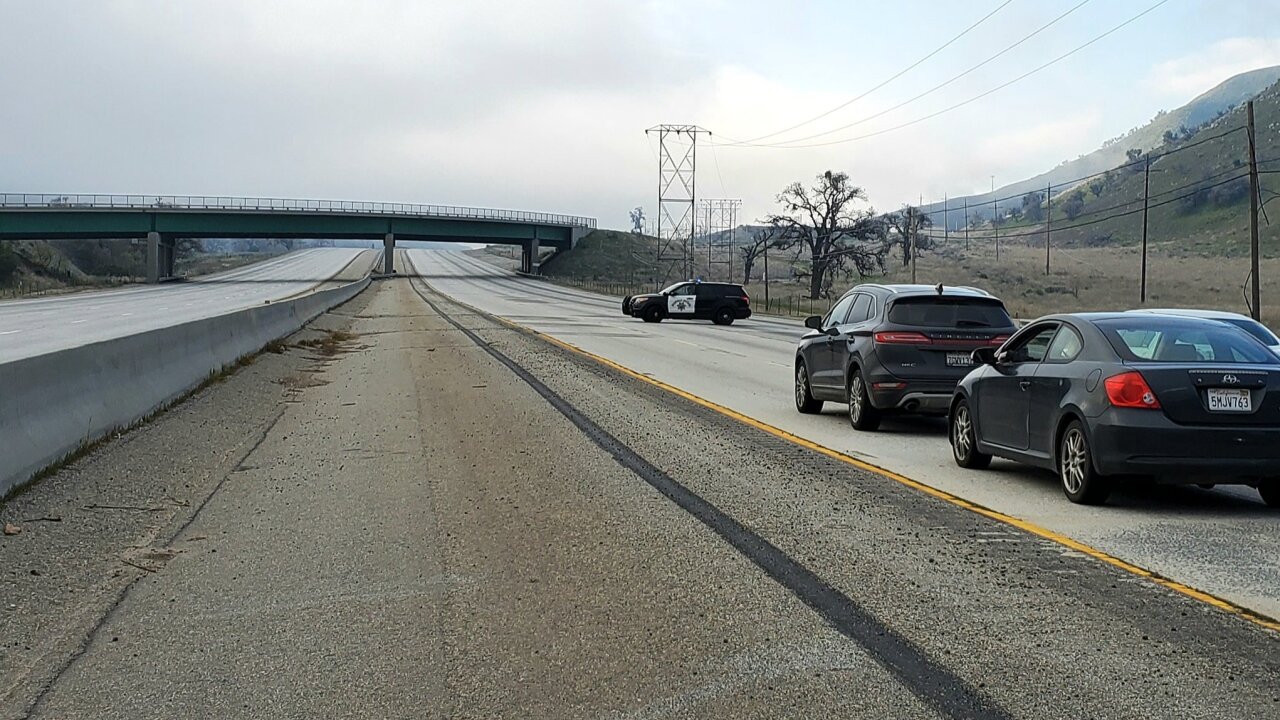 LEBEC, Calif. — The California Highway Patrol said that Southbound lanes of Interstate 5 and the number 1 and 2 Northbound lanes have reopened following an injury accident that caused a chemical spill Wednesday morning.

According to the CHP incident website, around 7:37 a.m., a tanker truck carrying hazardous chemicals crash with a semi-truck and is leaking in the roadway.

CHP said they are diverting Northbound traffic at Highway 138. The recommended detours are shown below.

We are diverting northbound traffic at SR-138 and turning southbound traffic around at Grapevine Road. The recommended detours are shown below. pic.twitter.com/iFb6JdgqM8

The Kern County Fire Department is on the scene assisting.

At this time, CHP is reporting the closure could last three to four hours.

We are holding north and southbound traffic for a possible hazmat crash on northbound I-5 just north of Lebec Road. @kerncountyfire Department is also on scene to ascertain the situation. We will keep you posted. pic.twitter.com/sl5oFMWN8y