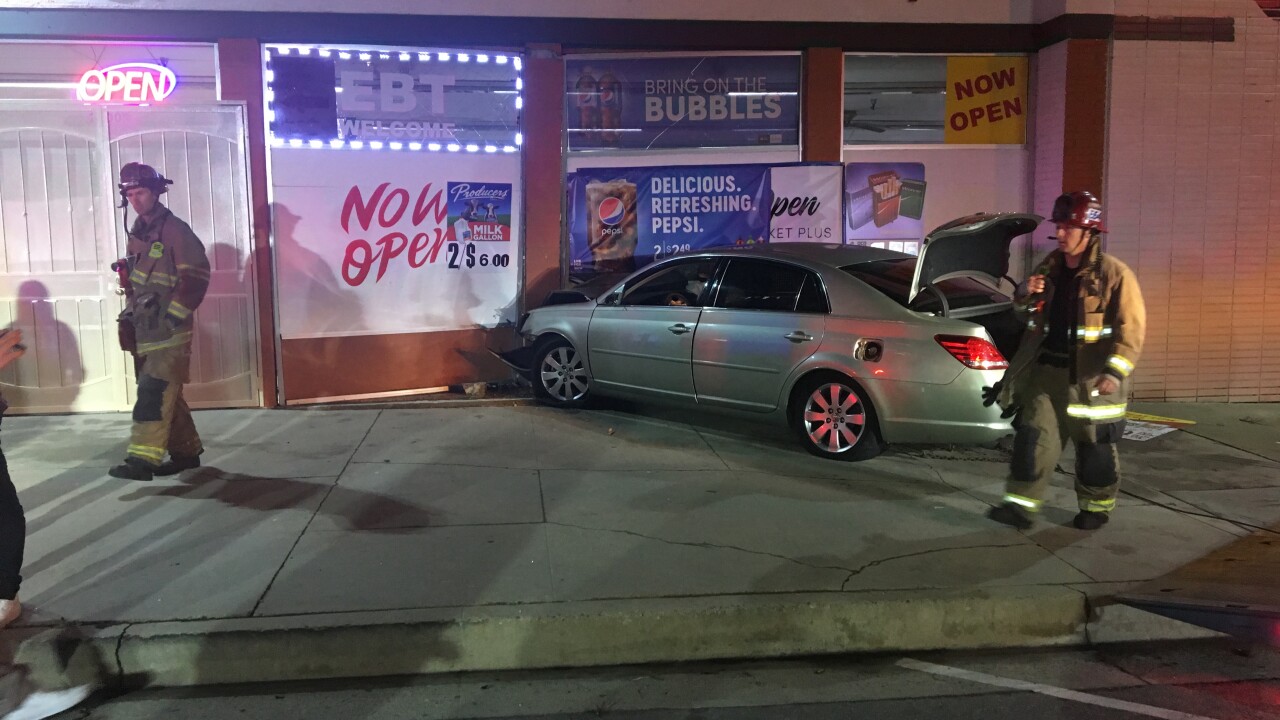 BAKERSFIELD, Calif. — California Highway Patrol says an unlicensed driver was behind the wheel of a car that crashed into a building in Oildale Thursday evening.

CHP says the 19-year-old was learning how to drive when he stepped on the gas pedal instead of the brake. The car then went over the curb and hit the side of the Oildale Market at 2200 N. Chester Avenue. No one was injured, but the building did have some structural damage.

There is no word if the unlicensed driver was cited, but CHP says it is illegal for anyone who does not have a permit or license to operate a car.