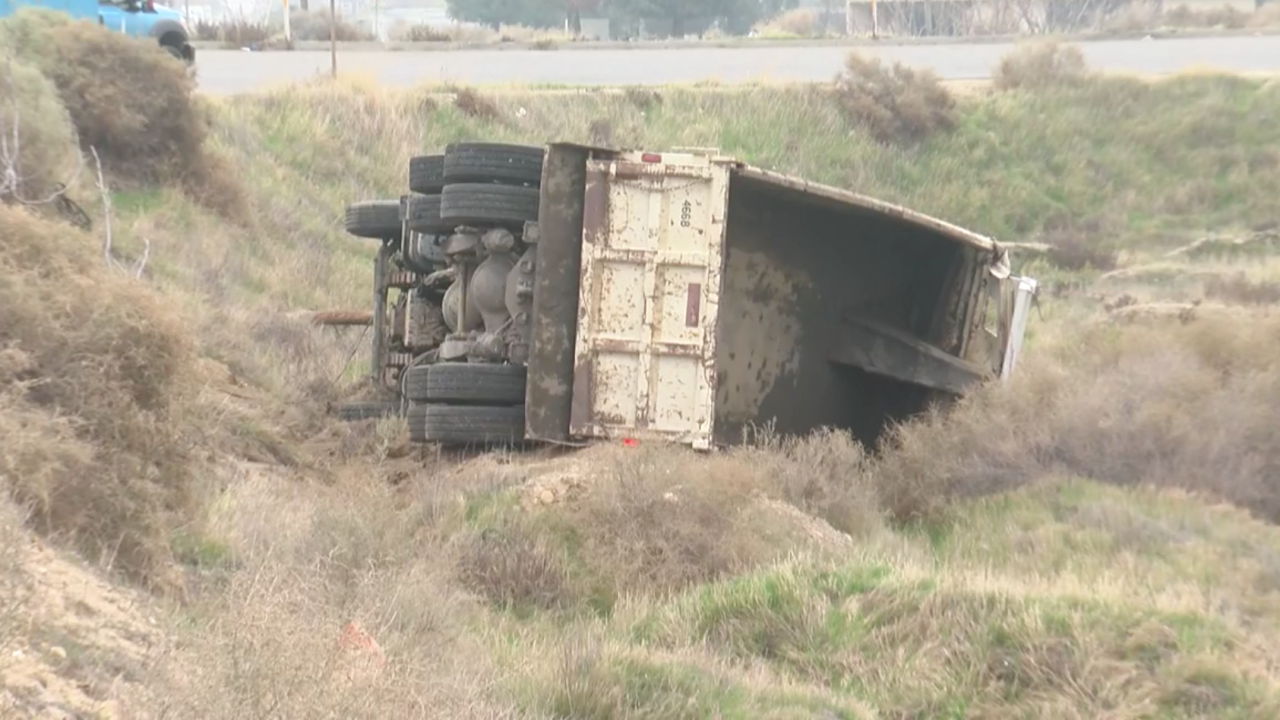 BAKERSFIELD, Calif. — A city dump truck rolled over into a ditch and hit a power pole in Northeast Bakersfield after the truck was raised higher than normal.

The crash happened in the area of Panorama Drive and Manor Street in Northeast Bakersfield. According to the Bakersfield Fire Department, the driver of the dump truck hit the top of a bridge in the area, causing the truck to veer off the road into the ditch. BFD says the dump truck was raised higher than normal, causing the truck to hit the bridge.

The driver of the dump truck was not injured in the crash. The truck hit a power pole during the crash.