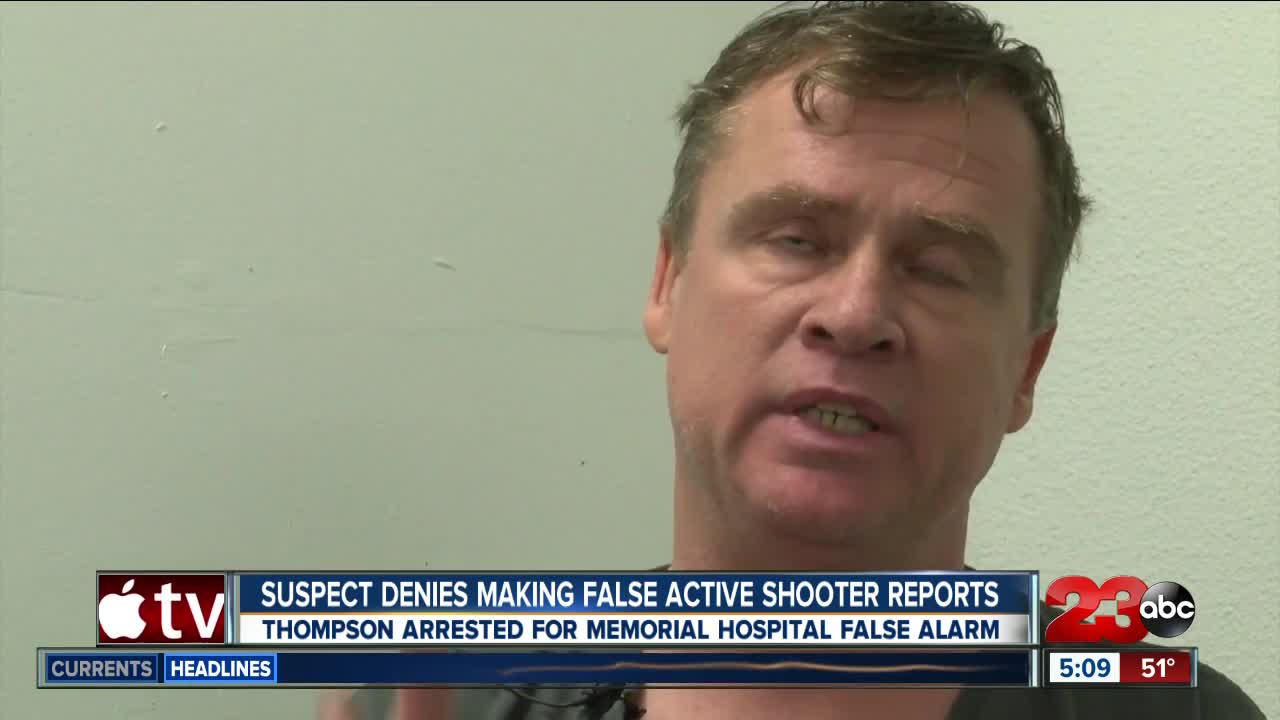 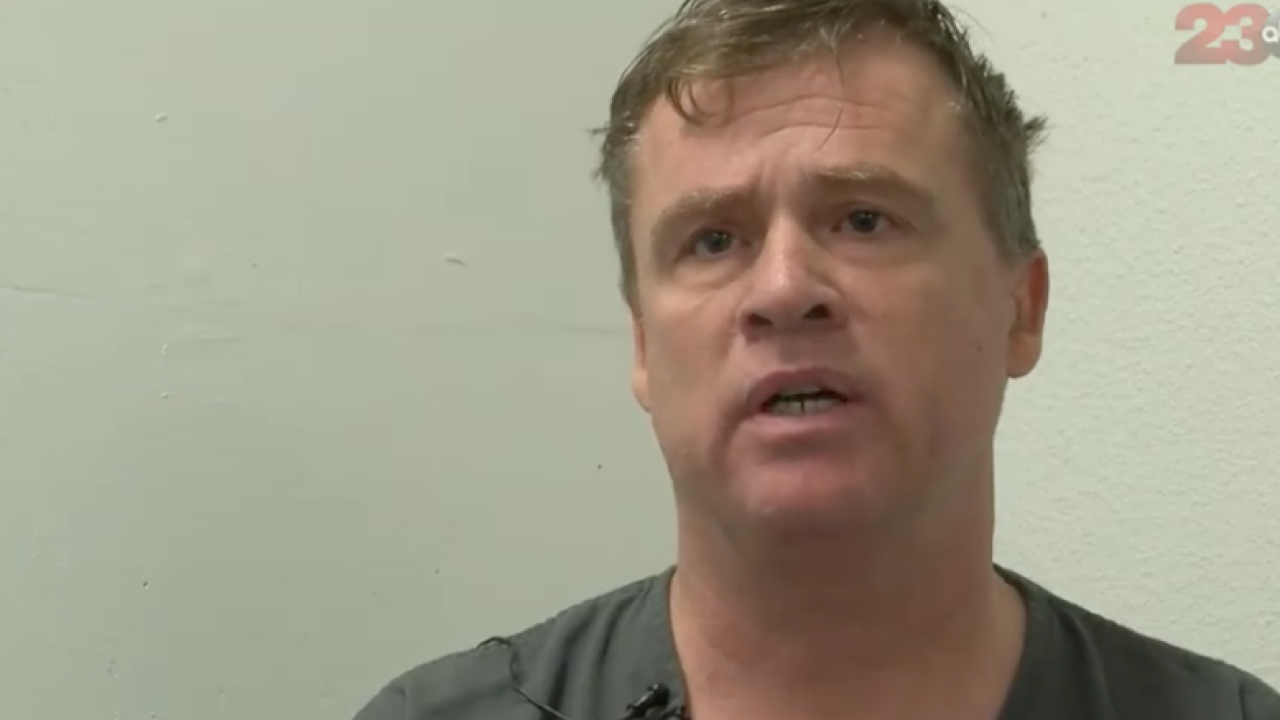 BAKERSFIELD, Calif. — Bakersfield police said the man arrested in connection with falsely reporting an active shooter at Memorial Hospital on Tuesday was “testing” the department, according to court documents obtained by 23ABC News.

Mario Thompson, 46, of Bakersfield, is also accused of making another call of a false shooter at Mercy Southeast Hospital on Aug. 1.

According to authorities, Thompson represented himself as a police officer to Memorial Hospital staff by brandishing a metal security badge and pouch with the word “police” on it, and said he was an off-duty police officer.

As officers arrived, he continued to act as law enforcement and helped them in clearing the hospital with a BB gun, which was indistinguishable from a real firearm, the documents read.

Thompson said he made the false report to “test” the readiness of the police department, according to the court documents.

However, in a jailhouse interview with 23ABC News, Thompson said he was not responsible for the phone calls, but added that somebody was "testing" BPD.

Officers ended up searching Thompson's person and located two cans of tear gas, a BB gun, a security badge, a nylon pouch labeled “police” and one and a half pills of Alprazolam, police said. Alprazolam is used to treat anxiety and panic disorder.

The suspect stated he is chemically dependent on narcotic pain medications, according to the documents. He also has been convicted of multiple felonies in the past.

Thompson faces several charges, including reporting a false emergency, impersonating an officer, unlawful possession/use of tear gas and possession of a BB gun in public.