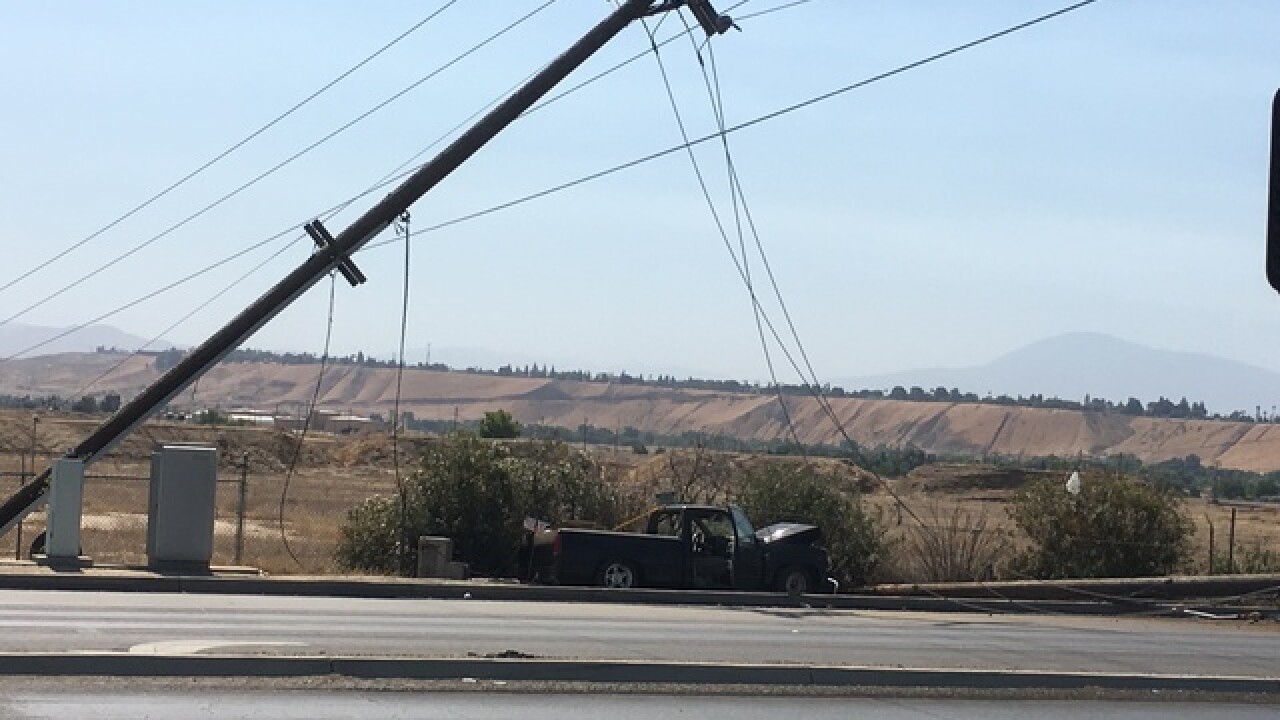 More than 2200 PG&E customers in Oildale were without power Saturday after a vehicle crashed into a power pole.

According to the California Highway around 8 a.m. a driver crashed into a power pole on China Grade Loop near Manor Street.

CHP said the driver was distracted by his cell phone.

The black pick up truck jumped a curb, knocking down a power pole. An additional five power poles were also downed.

Several power lines were reported lying across the roadway.

The intersection at Manor Street and Norris Avenue was shut down for several hours until the power poles were deemed safe.

CHP said it would take several days to replace the downed power lines that were deemed unsafe.

According to PG&E, power is expected to be fully restored to the area by 1:15 p.m.