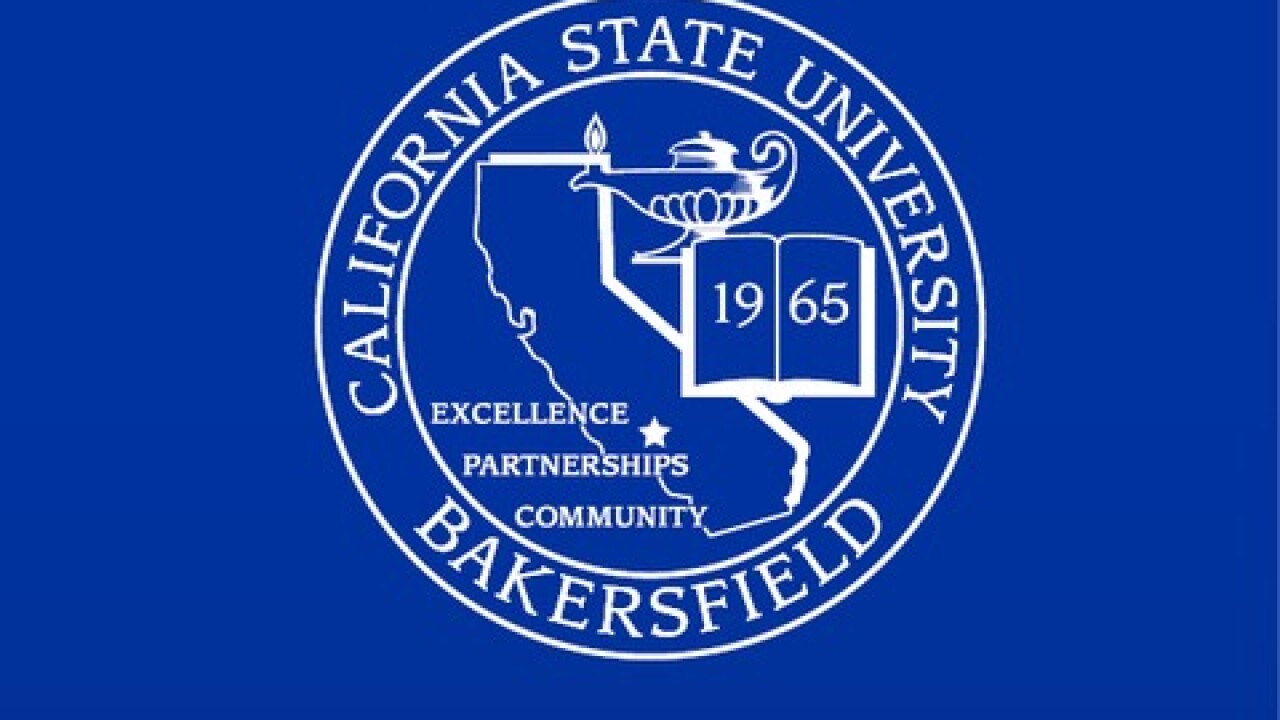 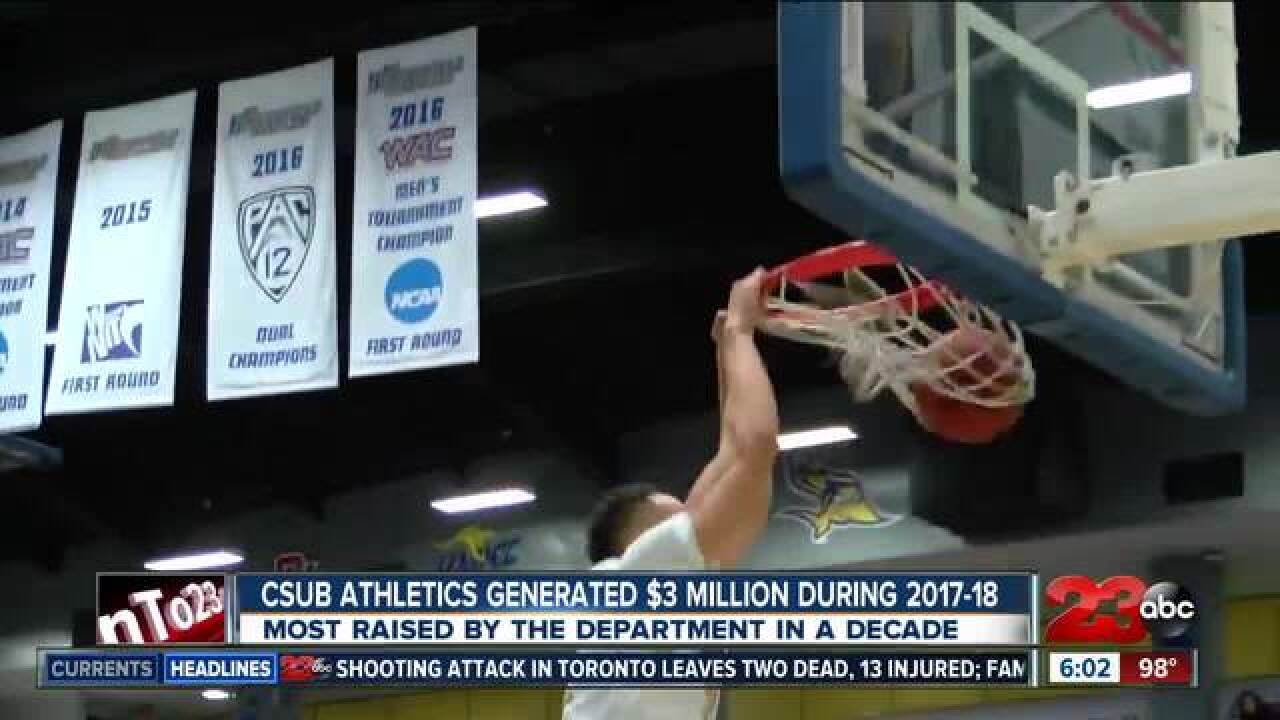 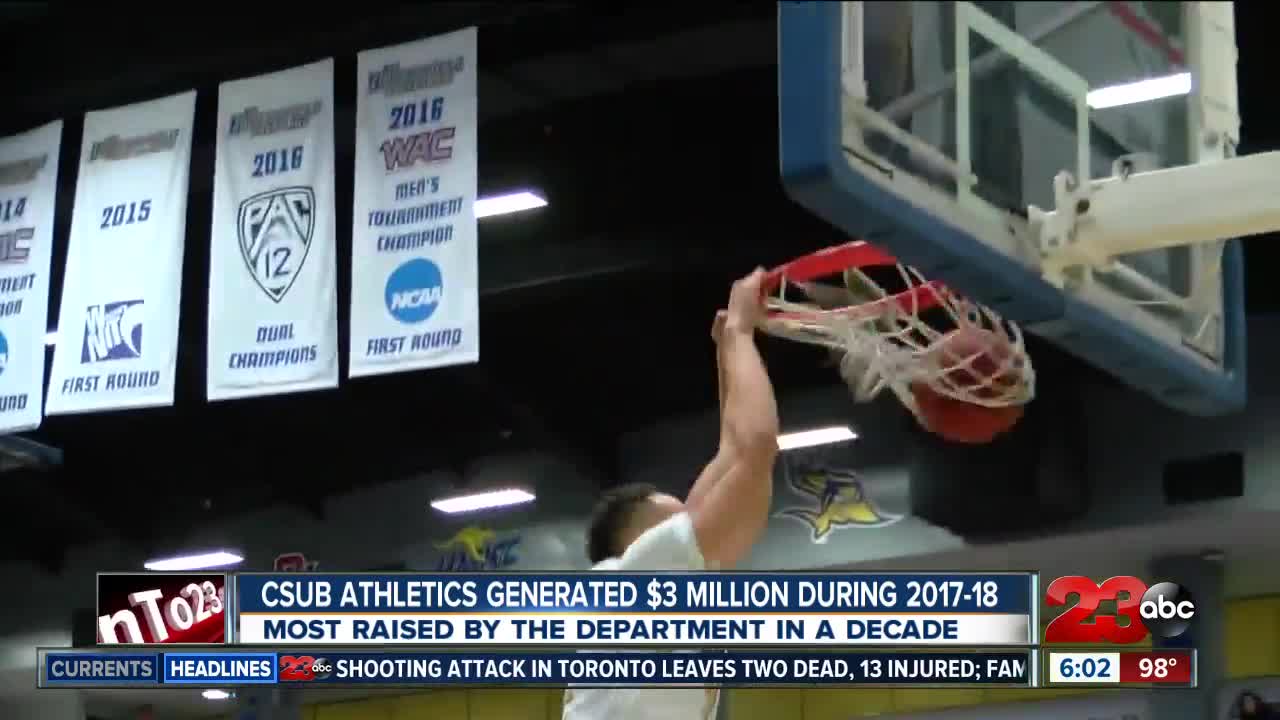 The California State University Athletics Department tops the highest revenue in a decade.

In a statement, the CSU Bakersfield athletic department explained how they did it:

The CSU Bakersfield athletic department generated over three million dollars during the 2017-18 fiscal year, a 70 percent increase from 2016-17 and the most the department has raised in a decade.

th Annual Spring BBQ, Brains for Bakersfield hosted by Lengthwise, the CSUB Hot Stove Dinner, and the Gala and Golf Tournament produced over $300,000 of revenue from the department.

With corporate partners doubling to 65 over the last few years, revenue has reached $628,000, an increase of about 25 percent over the last fiscal year.

During the 2016-17 fiscal year, CSUB led the Western Athletic Conference in fundraising and was the only public school in the league to raise over one million dollars, totaling $2.44 million.