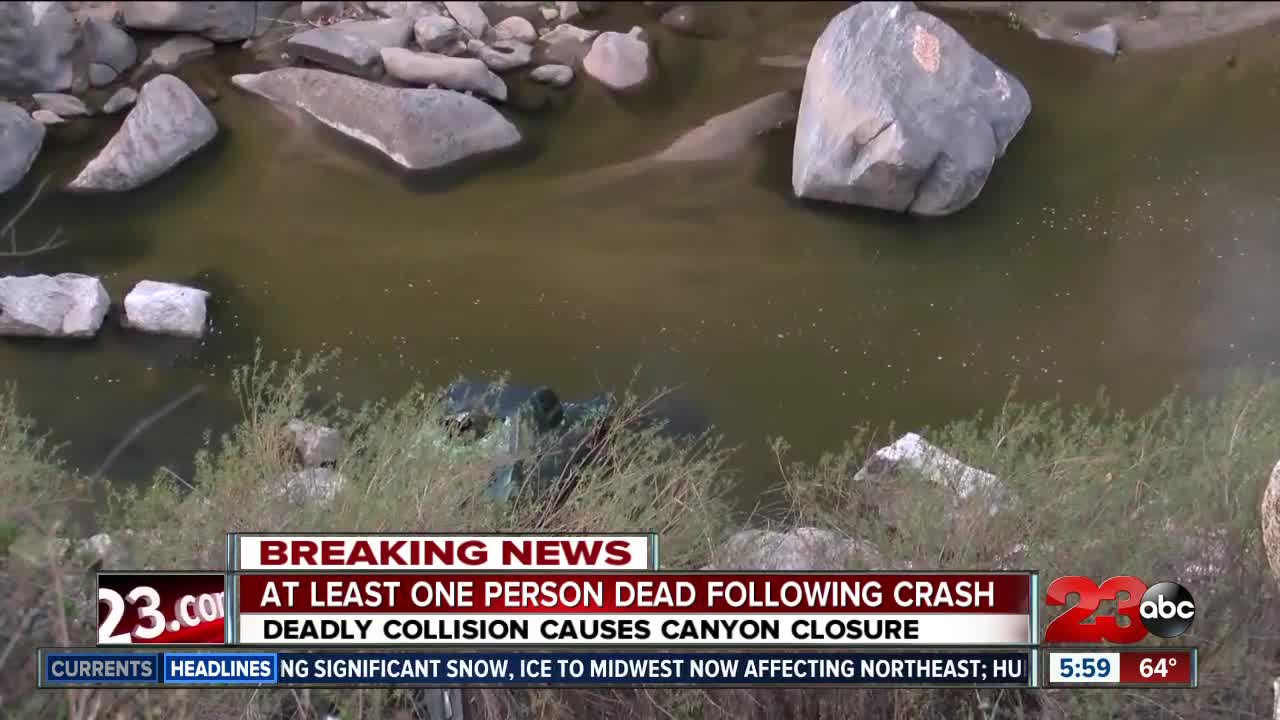 At least one person dead following crash in the Kern River Canyon along Highway 178.

Just before 1 p.m., the California Highway Patrol responded to a crash near the mouth of the canyon. CHP said the driver was ejected from his car and died on scene.

He was the only occupant in the car.

CHP is still investigating if this crash is tied to a Bakersfield man that was reported missing earlier this week.

We will update with more information as soon as it becomes available.