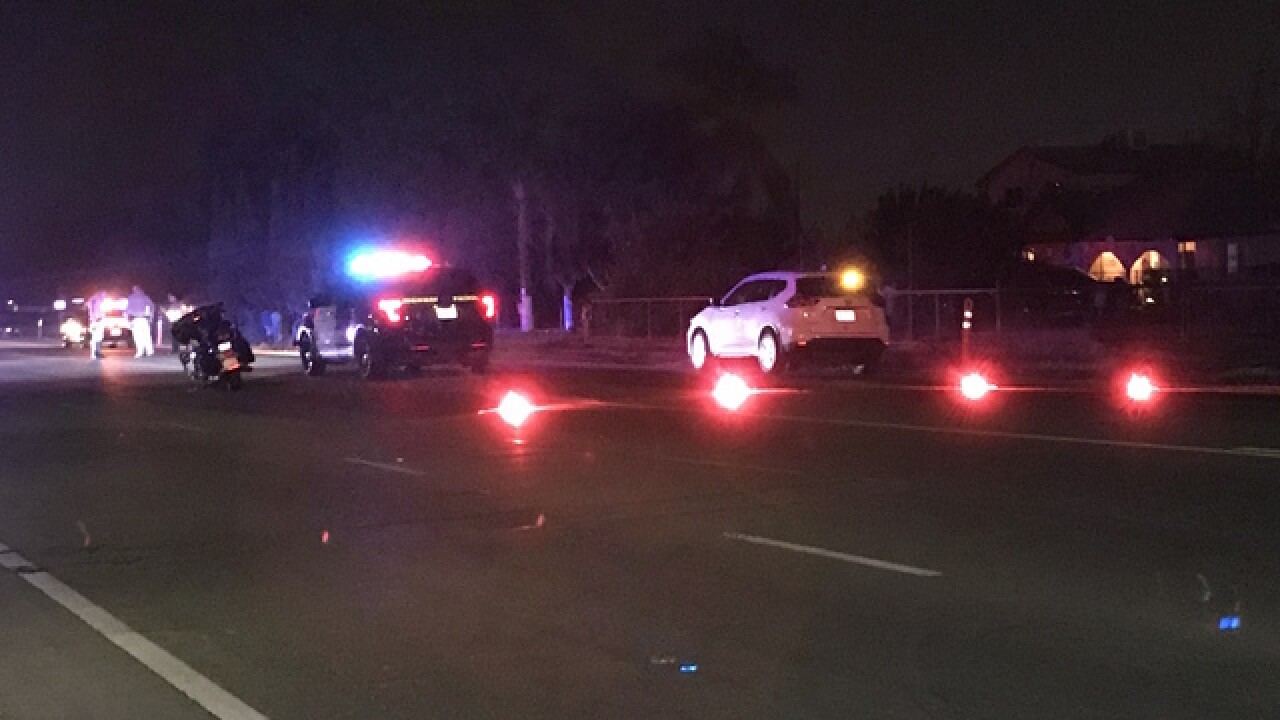 UPDATE: All lanes are now open

A woman is dead following a vehicle versus pedestrian crash in Southeast Bakersfield.

It happened around 7 p.m. on Cheatham Avenue, near Cottonwood Road.

CHP officers say the woman was crossing the street outside of the crosswalk, when the vehicle struck her and took off.

The driver drove off but came back and was arrested for felony hit-and-run. The woman was pronounced dead at the scene.

CHP is reporting all lanes are closed on Cheatham Avenue.

We have a crew on scene and will update this story when more information is available.