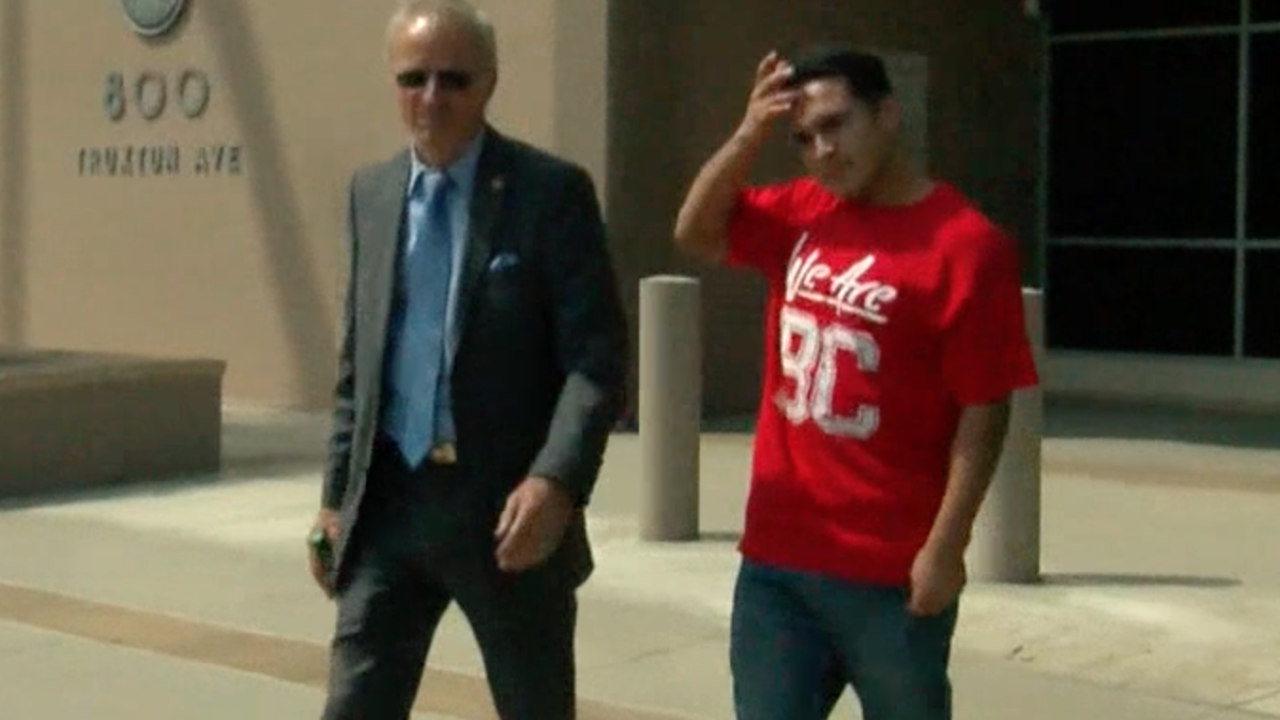 Jose Bello, right, was detained this week by Immigration and Customs Enforcement. This picture shows the moments Bello was released from custody back in August with his then-attorney Win Eaton.

BAKERSFIELD, Calif. — The American Civil Liberties Union Foundation of Southern California is claiming that I.C.E violated the first amendment rights of a Bakersfield College student when they allegedly arrested him 36 hours after he read a poem to the agency at a public forum.

The ACLU is alleging the incident in a court order filed in the U.S. district court in San Francisco on behalf 22-year-old Jose Bello.

Bello made headlines in 2018 after I.C.E arrested him and his brother, Oscar Bello-Reyes, and claimed both were members of a local street gang with criminal convictions for violent offenses.

Some at BC rallied behind Bello, who denied being a part of a gang. He was eventually released from I.C.E custody after raising $10,000 dollars bail with community help.

According to the ACLU, in May, I.C.E arrested Bello again less than two days after he appeared at a Truth Act forum held by the Kern County board of supervisors, in which he read a poem titled, "Dear America."

Bello is being held at Mesa Verde on $50, 000 dollars bail as his immigration case makes its way through the court system.