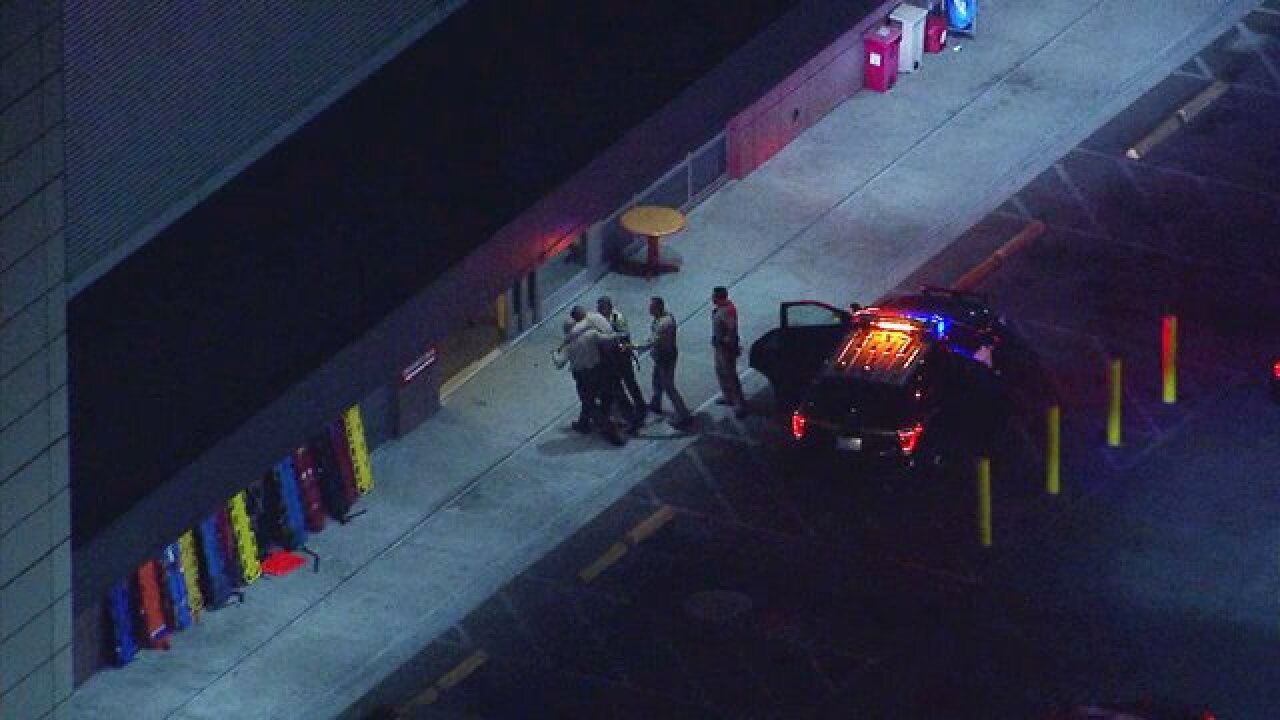 Copyright 2018 Scripps Media, Inc. All rights reserved. This material may not be published, broadcast, rewritten, or redistributed.
<p>This photo, provided by ABC7 in Los Angeles, shows Los Angeles County deputies helping one of their own into a hospital after he was shot late Monday night. </p>

The deputy, who was shot in the upper torso, appeared to be on his two feet and assisted by his colleagues while entering the LAC+USC Medical Center. The deputy went into surgery and is listed in stable condition.

The LASD confirmed a 42-year-old suspect was fatally shot in the deputy-involved shooting, which happened at about 11:30 p.m. in the 1000 block of De Garmo Drive. The suspect was pronounced dead at the scene, officials said.

As they began to interact with the people inside the vehicle, one of the deputies spotted something suspicious.

An altercation ensued when one of the individuals in the backseat exited the vehicle and produced a gun. A struggle between the suspect and deputy over control of the weapon occurred.

The gun was discharged at some point during the altercation and the deputy was shot, authorities said.

The partner deputy witnessed the altercation and fatally shot the suspect.

The two other individuals inside the vehicle, a 30-year-old woman and a 42-year-old man, were detained for questioning. They were not involved in the shooting, authorities said.

The injured deputy has been with sheriff's department for approximately 10 years.

A gun was recovered from the scene.