Despite low turnout in 2019, dates for Alienstock 2020 announced 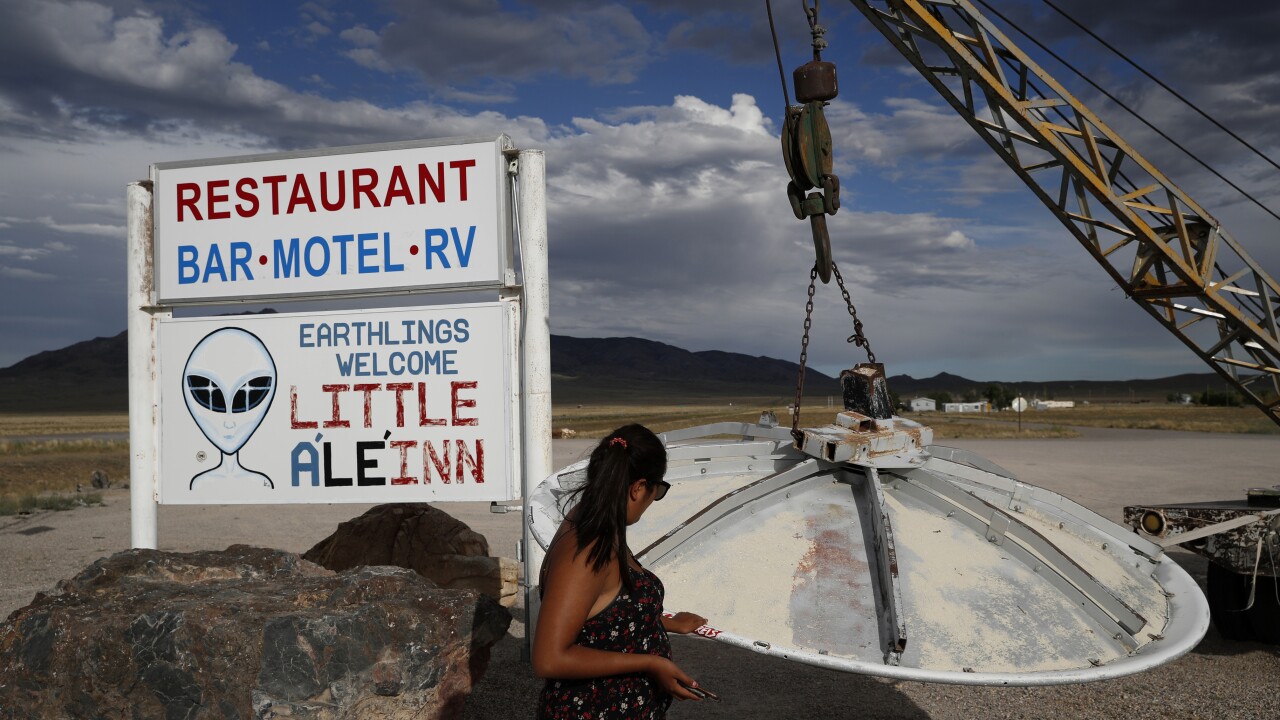 John Locher/AP
FILE - In this July 22, 2019 file photo, Grace Capati looks at a UFO display outside of the Little A'Le'Inn, in Rachel, Nev., the closest town to Area 51. The originator of the "Storm Area 51" internet hoax is citing concerns about organization and funding for withdrawing from an event called "Alienstock" scheduled next week in the remote Nevada desert. Matty Roberts said in interviews Tuesday, Sept. 10, 2019 in Las Vegas that he was worried events hosted by innkeeper Connie West in the tiny town of Rachel might not succeed. West told The Associated Press she has 22 musical and comedic acts booked and her Sept. 19-21 festival at the Little A'Le'Inn will go on. (AP Photo/John Locher, File)

RACHEL, Nev. — Despite a lower than expected turnout and an ongoing legal battle, it appears Alienstock is preparing to return.

The event stemmed from a viral Facebook group called Storm Area 51, which encouraged members to go to the military site and "see them aliens." The group went viral and organizer Matty Roberts partnered with Connie West, owner of Little A'Le'Inn in Rachel, Nevada.

However during the planning process, the two split ways and West went on to create Alienstock. The event took place in Rachel near Area 51 but turnout was less than West hoped for.
Despite the ongoing issues, it appears the event is scheduled to happen again. The website announced Alienstock 2020 is scheduled to return Sept. 10-12.