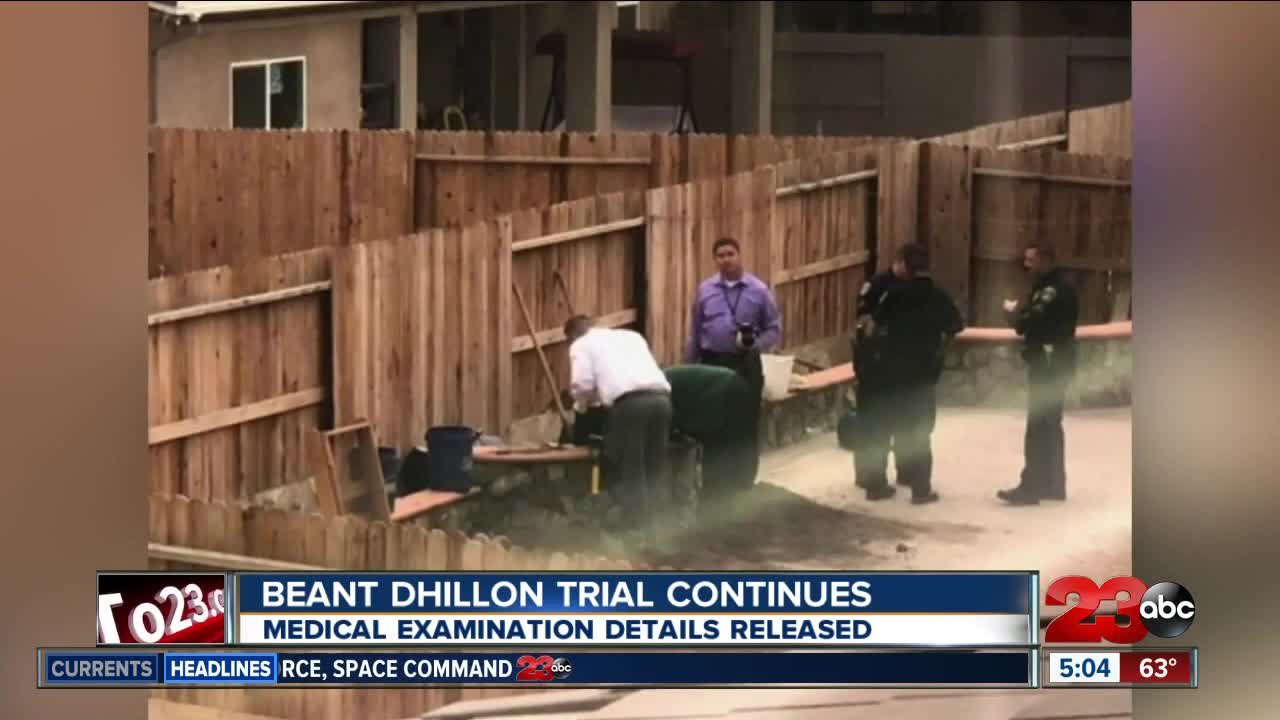 BAKERSFIELD, Calif. — Thursday the trial for Beaunt Dhillon, the woman accused of killing her own grandson back in 2018 continued.

A new name with a new story kicked off the day in courtroom number nine Thursday, as Private Investigator Kim Stafford was sworn in.

Stafford said that during the interview with Beant Dhillon’s son, the young boy said his sister told him that a boy at school took pictures of her nude in the locker room and threatened to release the photos on social media if she didn’t have sex with him.

This was new information presented to the court, as his sister told the courtroom earlier this week that her cousin Bakhshinderpal Mann forced her into a sexual relationship that led to her pregnancy.

Dhillon is accused of drowning her newborn grandson and there is still a lot of uncertainty surrounding who they think may have helped her bury the baby in the backyard of their Southwest Bakersfield home.

Dr. Wang told the court he found no abnormalities or trauma to the infant's neck or body and that he determined the cause of death to be drowning in the manner of homicide.

The defense then attempted to poke holes in Dr.Wang’s analysis, claiming Dr. Wang considered statements that Dhillon told police. These statements included that she heard the baby cry and that she put the baby in the bathtub.

The defense argued that Dr. Wang used both of these statements to help him determine the cause of death, Dr.Wang then confirmed these reports did slightly impact his findings.

The prosecution said they are almost done presenting the evidence to the court.

The defense said they still want to call at least one more witness and potentially share other evidence when court resumes next Monday, Nov. 23 at 9:30 a.m.