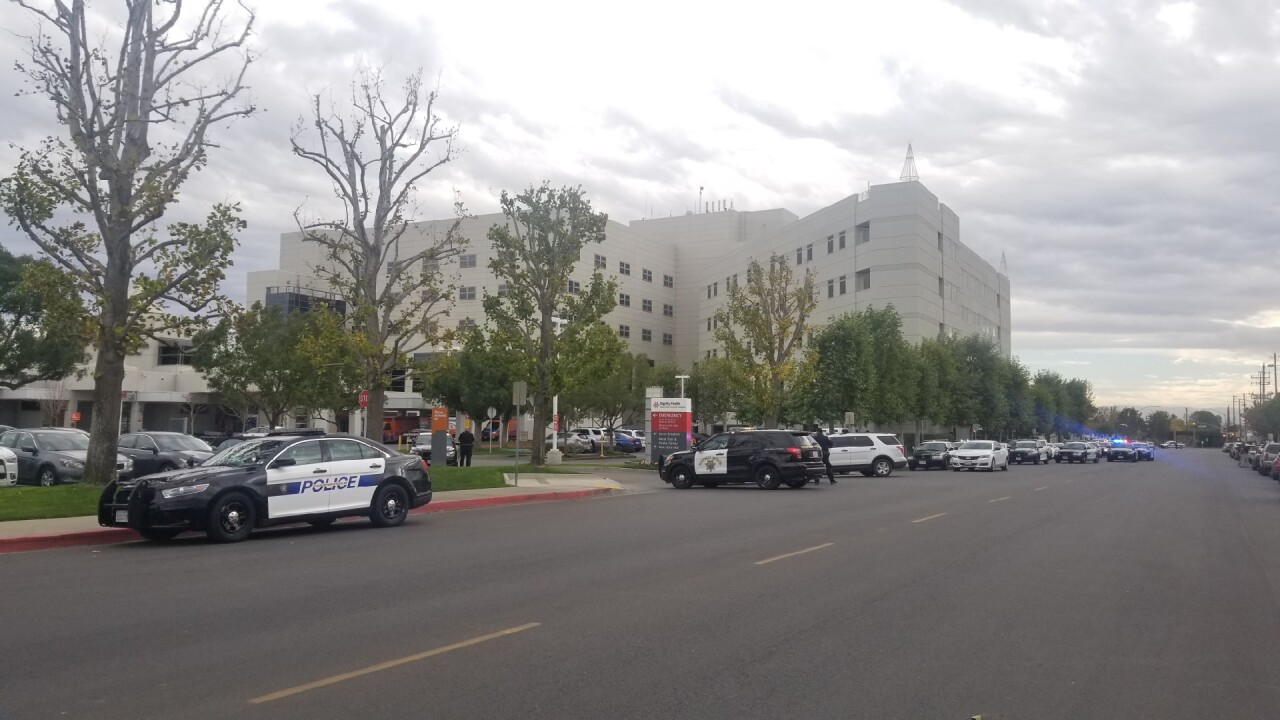 BAKERSFIELD, Calif. — At approximately 1:30pm today, a report of an active shooter at Bakersfield Memorial Hospital prompted the lockdown of the facility and the response of the Bakersfield Police Department and other first responders.

According to police, it was determined that the phone call was made within the hospital to which the hospital immediately called and reported the situation to BPD. When officers arrived, another reporting party called in to BPD to report possible gunshots heard in the parking lot north of the emergency room.

Dignity Health released a statement regarding the reports of an active shooter at Memorial Hospital stating that it was determined by law enforcement that there was no threat or active shooter and that the hospital has resumed normal operations.

Bakersfield Memorial Hospital has launched an internal investigation in coordination with BPD. At this time there is no further information available about the incident.