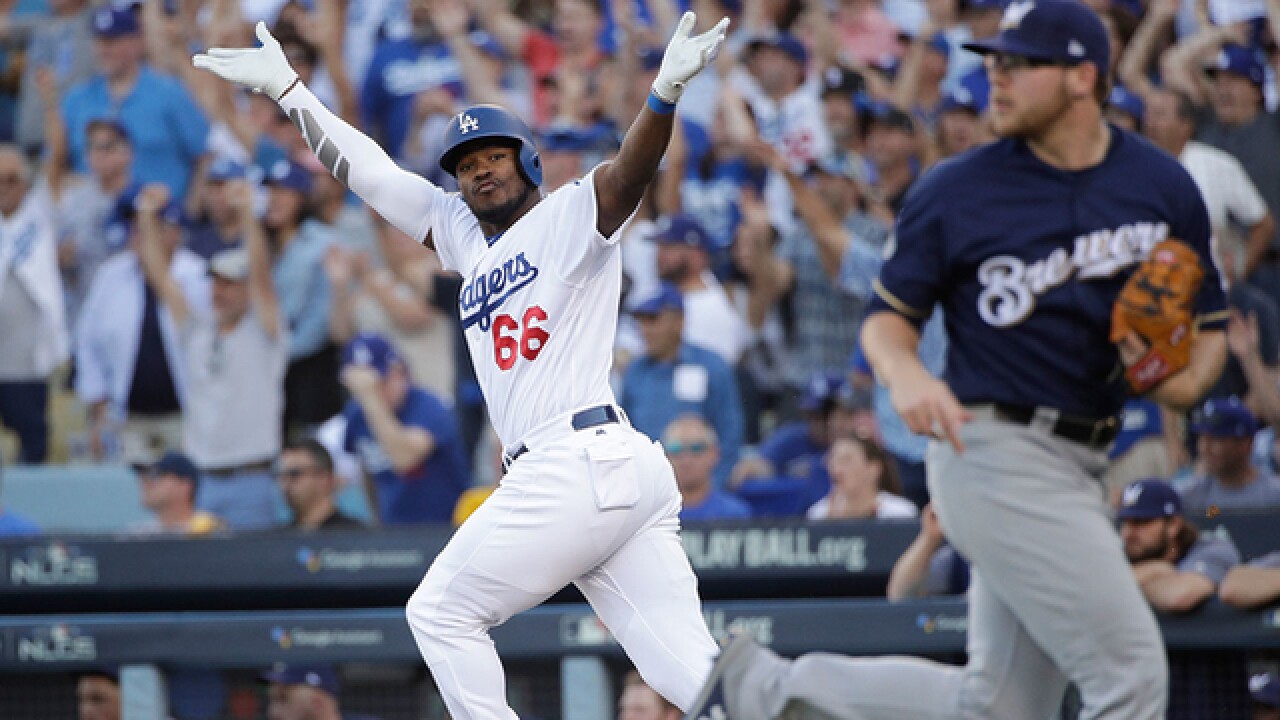 Copyright 2018 Scripps Media, Inc. All rights reserved. This material may not be published, broadcast, rewritten, or redistributed.
<p>Dodger Yasiel Puig reacts after hitting an RBI single during Game 5 of the National League Championship against the Milwaukee Brewers on Wednesday, Oct. 17, 2018 at Dodger Stadium. (AP Photo/Jae Hong)</p>

The Los Angeles Dodgers are heading to their second-straight World Series appearance after beating the Milwaukee Brewers in Game 7 of the 2018 National League Championship Series.

The Dodgers beat the Brewers 5-1. Cody Bellinger blasted a two-run home run in the second inning and Yasiel Puig hit a three-run homer in the sixth.

Los Angeles will make its second World Series appearance in as many years after losing to the Astros in Game 7 of the 2017 World Series.

The Dodgers will take on the Red Sox in the Fall Classic, with first pitch of Game 1 at Fenway Park set for Tuesday at 5:09 p.m.