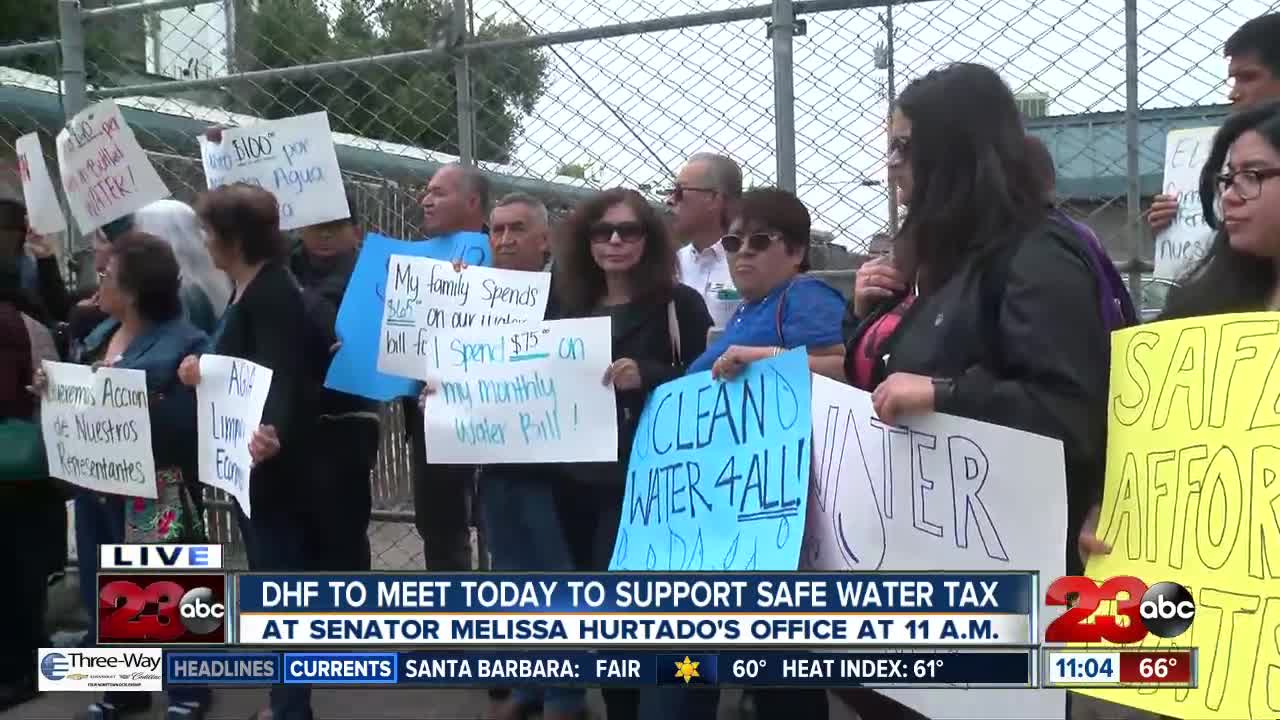 BAKERSFIELD, CA. — In January, Governor Newsom proposed the Safe and Affording Drinking Water Fund, which aims to secure a sustainable funding plan for those struggling with access to clean water.

The fund would ask California residents to add $1 more to their water bill.

Last week, the senate budget committee rejected the proposed budget and said Governor Newsom would have to find the $150 million for the fund somewhere else.

The Dolores Huerta Foundation and City of Arvin held a rally outside Senator Melissa Hurtado's office in Downtown Bakersfield.

Attendees spoke about their personal experiences to the cause as well as advocated for the importance of the fund.

"California must put such a solution in place by June, because the one million Californians without safe water don’t deserve to wait any longer," said Dolores Huerta.

Some California lawmakers, including Senator Pat Bates and Senator Shannon Grove, are against the bill.

In a tweet , Senator Bates wrote, "Everything in California costs more & it makes no sense for the state to impose a new water tax."

Senator Grove issued a statement on her stance toward the proposed fund.

“We can all agree that Californians must have access to clean drinking water. However, the state already taxes our air and gas, and now they want to tax our water,” said Senate Republican Leader Shannon Grove (R-Bakersfield).