Drillers Driving School has closed down, letters sent to parents 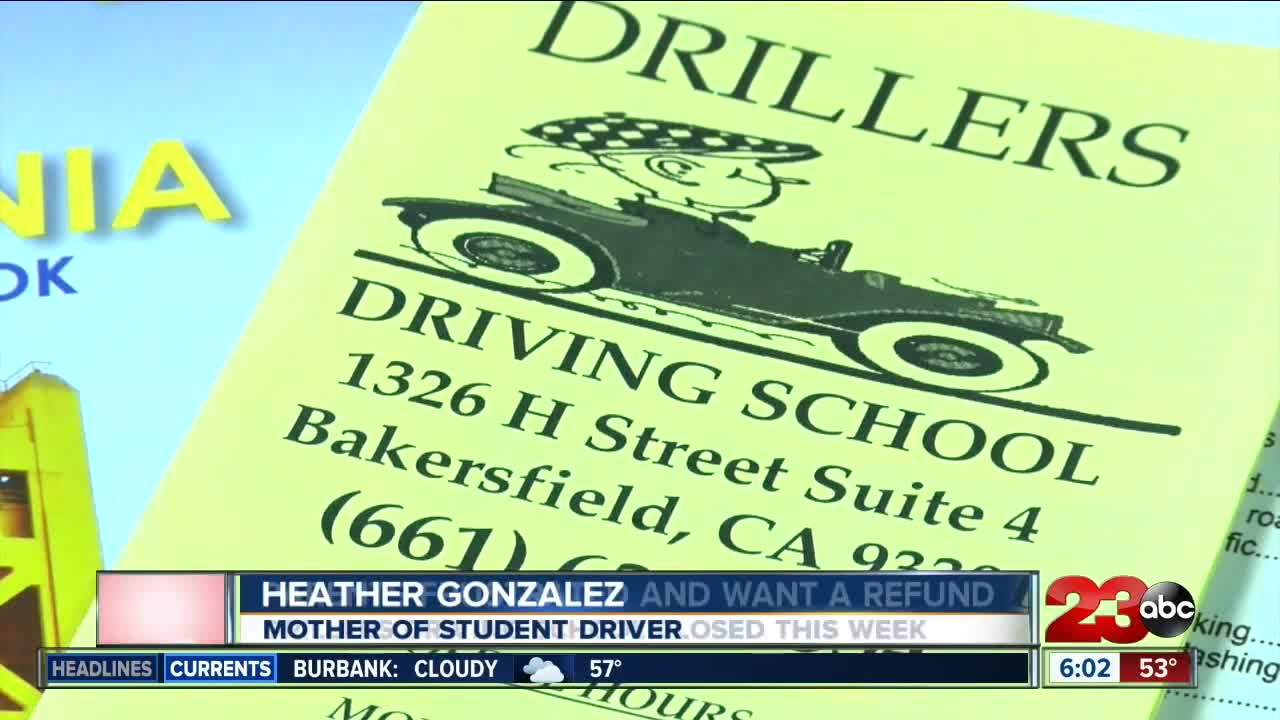 Drillers driving school, located across the street from Bakersfield High School, sent out a letter this week to parents saying they were closing their doors. Leaving many without a refund and uncompleted driving courses. 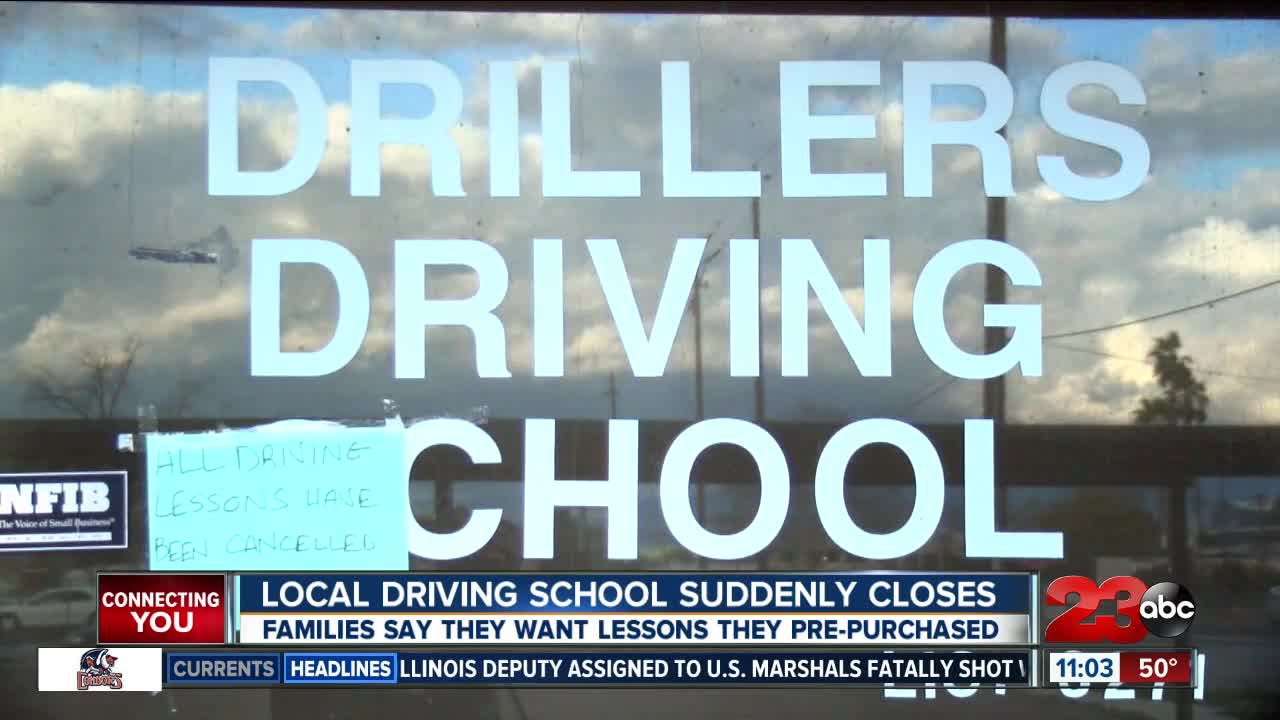 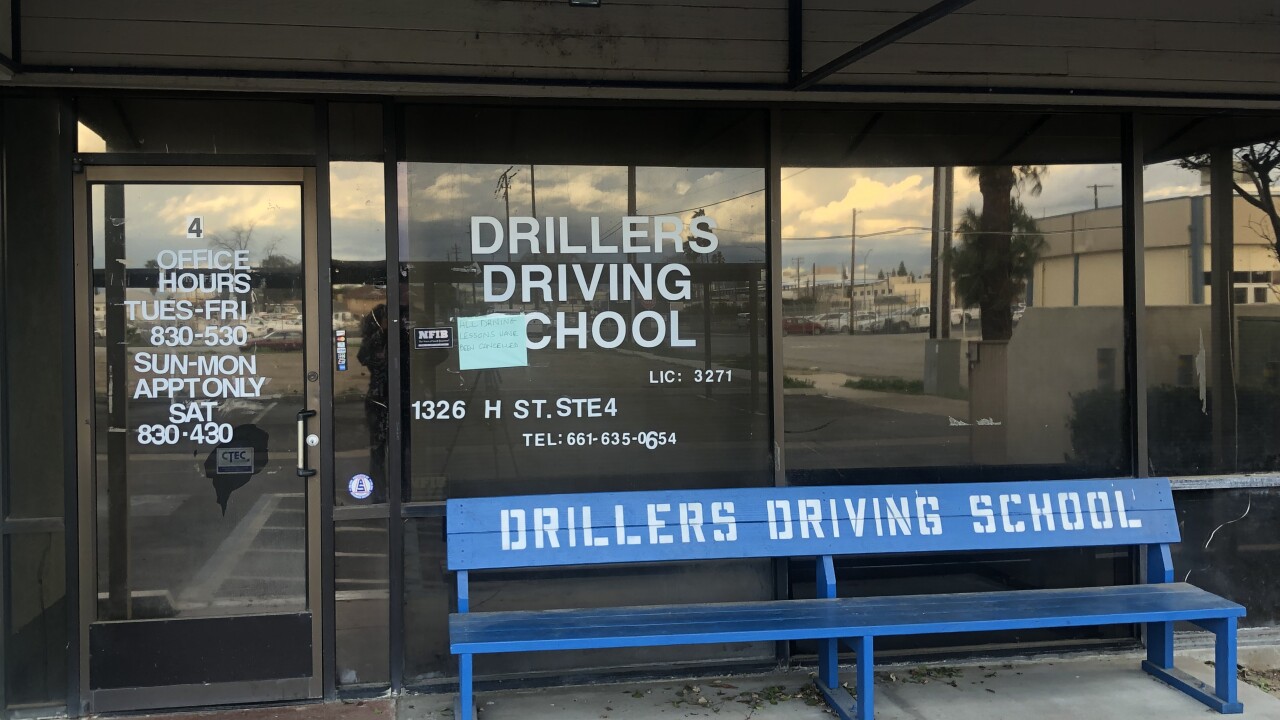 BAKERSFIELD, Calif. — Drillers Driving School, located across the street from Bakersfield High School, sent out a letter this week to parents saying they were closing their doors. Leaving many without a refund and uncompleted driving courses.

A sign on the door of the facility says that all driving classes are canceled. Parents tell us that they have paid for lessons already and the organization hasn't given them information on what to do.

“I’m confused as to what was going on. I didn't think I would be scammed out of money, and I don't know if it is that. But it's very frustrating because the school's been in business for so long and then to see them go downhill. I think people deserve their money back,” said Heather Gonzalez the mother of a student driver.

Gonzalez says her daughter signed up and began taking classes at the school in October. What they didn't know was, Driller Driving School's license expired the month before. According to the DMV, the company was licensed under Donald Hazelton from 1994 until last September.

Friday 23 ABC spoke to Donald's wife, Beatrice who would not talk to us on camera, but said she didn't know the license had expired in September and continued holding classes through October.

It was in November when she signed the business over to current owner Steve Perryman. He also would not go on camera but said he's closing the company because of personal issues. But he said he is currently working to refund money to students who were contracted after he took over the driving school in December.

Who is responsible for the refunds of students who applied before December?

When we reached out to a local attorney to try and see who is responsible, he said it all depended on what the signed contract stated.

The main question on Gonzalez’s mind was will the class her daughter took back in October be viable towards her training. The DMV told 23 ABC Friday that there wasn’t a yes or no answer, it’s a case by case but that they can try and assist students if they documentation that they were enrolled in the school before December.

DMV said to contact their Occupational License Status Information System department to see if classes taken at a location without a license would be legit. For contact information, please visit their website.

Gonzalez says since her daughter took classes in October, she doesn't know if she'll get her money back.

We spoke to an attorney about how parents could get their refund back in this situation or one similar to this, and his advice was to contact the Better Business Bureau, but the only way to get your money back is to file a lawsuit.

Experts say it’s important to keep all original contracts, documentation and any correspondence you have.