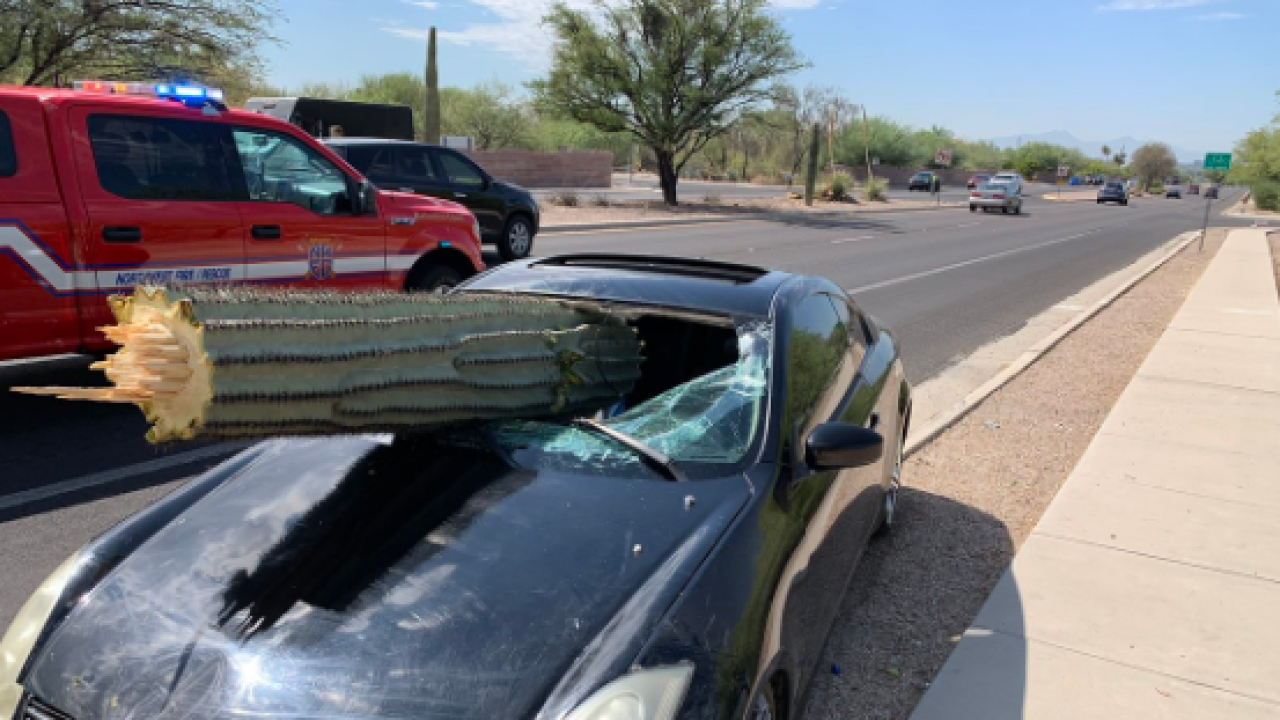 TUCSON, Ariz. — Arizona authorities say a driver escaped injury when his car's windshield was pierced by the trunk of a saguaro cactus during a wreck Wednesday on the outskirts of Tucson.

The broken-off cactus ended up partially inside the car, with the rest jutting over car's hood.

Jelineo said deputies detained the driver for further investigation after observing signs and symptoms of impairment.

Firefighters responded to this auto accident this morning at approximately 9:30 AM. Miraculously, no injuries were reported. pic.twitter.com/yOuSYsW2te