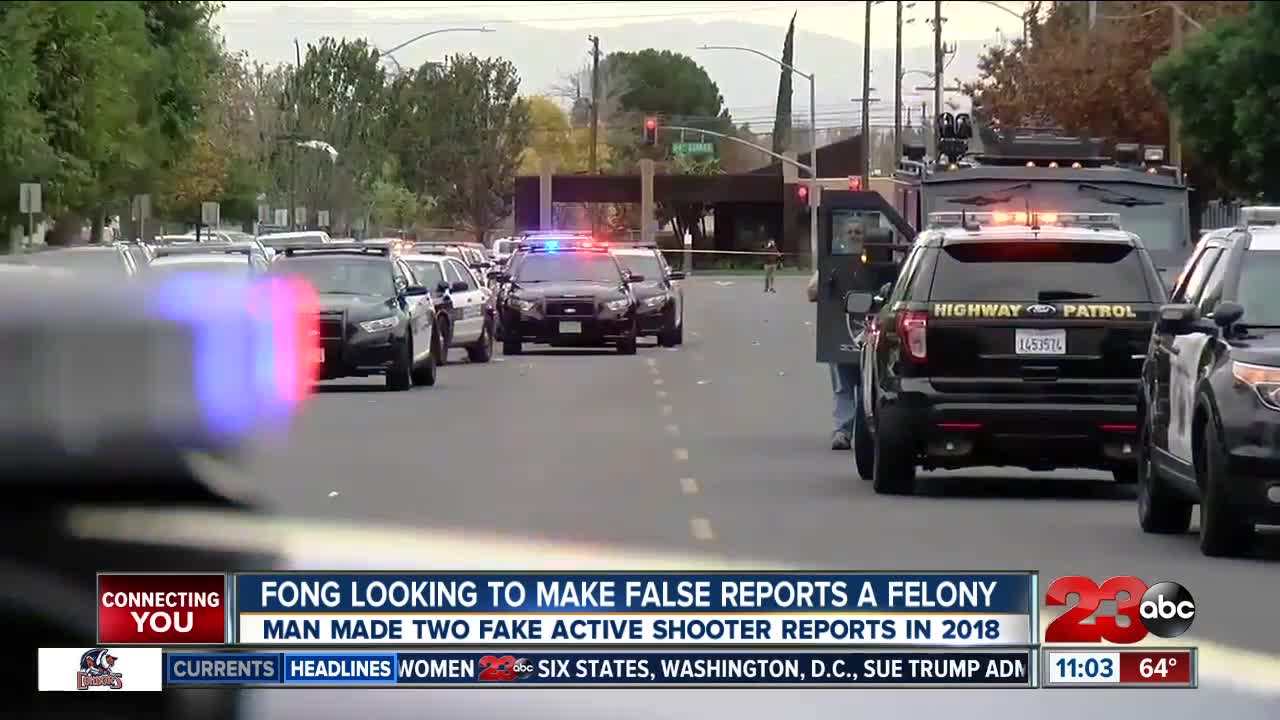 The bill calls for a change in the wording of the existing law that makes bomb threats and other "false emergency" reports illegal. It adds the specific distinction that any person who falsely reports that "an active shooter is underway" to an employee of a law enforcement agency should be guilty of a crime.

Joined by Kern County District Attorney Cynthia Zimmer and Bruce Peters, the President of Downtown and Southwest Mercy Hospitals, Fong argued that "swatting" puts the public at risk and should be treated as a felony under the law. Swatting is the act of calling in a false emergency.

On December 4, 2018, Memorial Hospital in Downtown Bakersfield was put on lock down for several hours following reports of an active shooter. Then on August 1, 2018, an active-shooter report was made at Mercy Southwest Hospital. Both were later proven to be false reports made by the same person. He was originally charged with several misdemeanors, receiving a felony charge for possession of a tear gas weapon by a person with a prior conviction. He has been sentenced in the first incident to nine months in jail and a period of probation. Court proceedings for the second incident have not yet started.

According to Fong's Facebook Page, the bill will not be moving forward because of the "ruling party." However, an analysis of the bill says the changes proposed are already covered under a different section of the California Penal Code. The analysis states that PC 148.1 covers false reports of bomb threats, but PC 148.3 is "a broader, more recently enacted statute that criminalizes any false report made or cause to be made to a government entity."

Despite the lack of progress in Sacramento, Fong writes that he hopes that sharing what happened in Bakersfield will impact other communities.