Family, friends, law enforcement, and members of the military gather to remember a local veteran 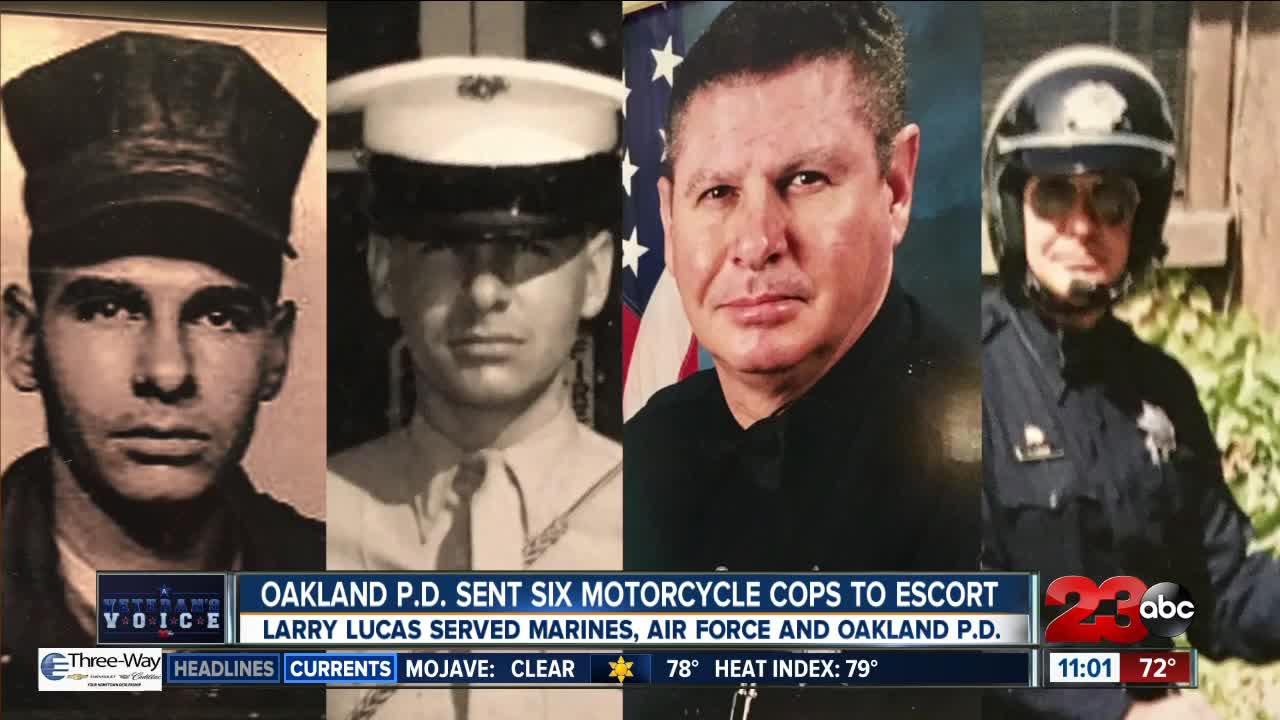 Larry Lucas served in Vietnam and then returned to the military reserves with the Air Force for 20 years.

BAKERSFIELD, Calif. — Family, friends, law enforcement, members of the military, and the community gathered to remember a local veteran who answered the call to serve several times in his life.

Larry Lucas served in Vietnam and then returned to the military reserves with the Air Force for 20 years.

After being discharged from the Marine Corps, Lucas served with the Oakland Police Department as a motorcycle officer for more than 25 years. The OPD sent six motorcycle units to escort the family to the celebration of life Monday morning at Hillcrest Cemetery.

Lucas was featured on our A Veterans Voice back on August 8th, just one month before his death telling us about his diagnosis with Stage 4 cancer and how he planned to face it.

Monday's ceremony was followed by a private reception.

The Patriot Riders will provide the escort Tuesday from Hillcrest to the Bakersfield National Cemetery near Arvin where Lucas will be laid to rest.