Family of alleged dog attack at Wayside Elementary speaks out 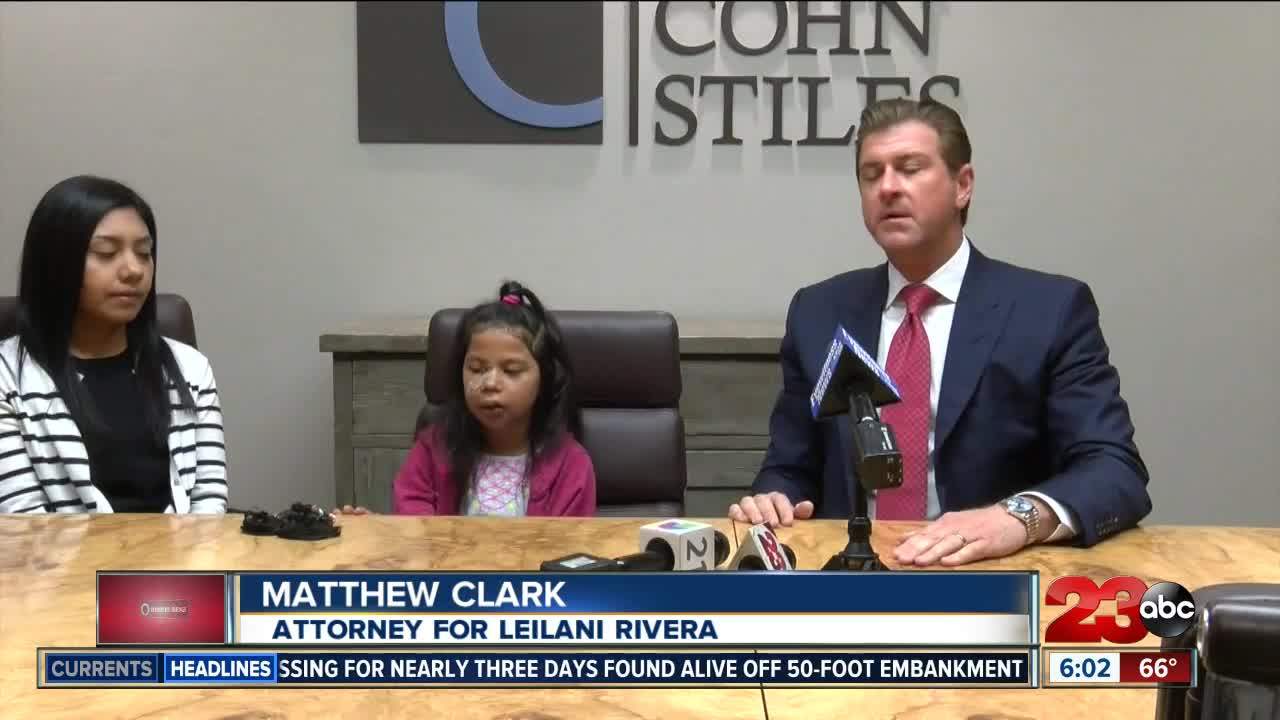 BAKERSFIELD,Calif. — The first time we are hearing from the family of a little girl who says she was attacked by a dog inside a Bakersfield elementary classroom.

The attack left Leilani Rivera, the 8-year-old, with severe injuries to her face. The family says the dog that attacked the girl was one of two dogs brought in by a volunteer reader with the Kern County Superintendent of Schools office.

“It was really painful,” said Rivera.

Leilani Rivera is a student at Wayside Elementary who has spent the last week in recovery and healing from an alleged dog attack that happened in her classroom last Thursday.

“She can only eat food through a syringe now and only on the right side of her face,” said Andrea Gonzalez, aunt and legal guardian to Rivera.

The claim says Ann Ardell and Jeff Jones were in the classroom as part of a volunteer reader program through the Kern County Superintendent of Schools, and they are the owner of the two dogs.

“After they concluded reading for the day the kids went up to pet the dogs and as Leilani did the dog then snapped and bit her in the face,” said Matt Clark, attorney for Rivera.

Clark filed a claim for personal injuries and damages against the Bakersfield City School District.

“Being bit by a dog in a classroom shouldn’t happen,” Clark said.

Safe animals may be brought to school for educational purposes, subject to rules and precautions specified in administrative regulations related to health, safety and sanitation. Teachers shall ensure that these rules and precautions are observed to protect the students, staff, and animals.

Today, the District released this statement:

“When this incident occurred, school officials immediately sought medical attention for the child. After we ensured the student was receiving appropriate medical attention, the District promptly initiated an investigation into the circumstances and details of the incident.”

The family is looking to ensure that this doesn’t happen again and wants it made as a policy.

“ On behalf of the family they would like a policy where dogs are not brought in the classroom period,” Clark said.

23ABC reached out to the superintendent’s office and were told they do not comment on pending investigations.

We also reached out to an individual named Ann Ardell on Facebook who posted identical pictures of the alleged dog who attacked Rivera, but we received no response as of publication.

Officials have not said what may happen to the dog.