Family of Delano shooting victim speaks out, asks for answers 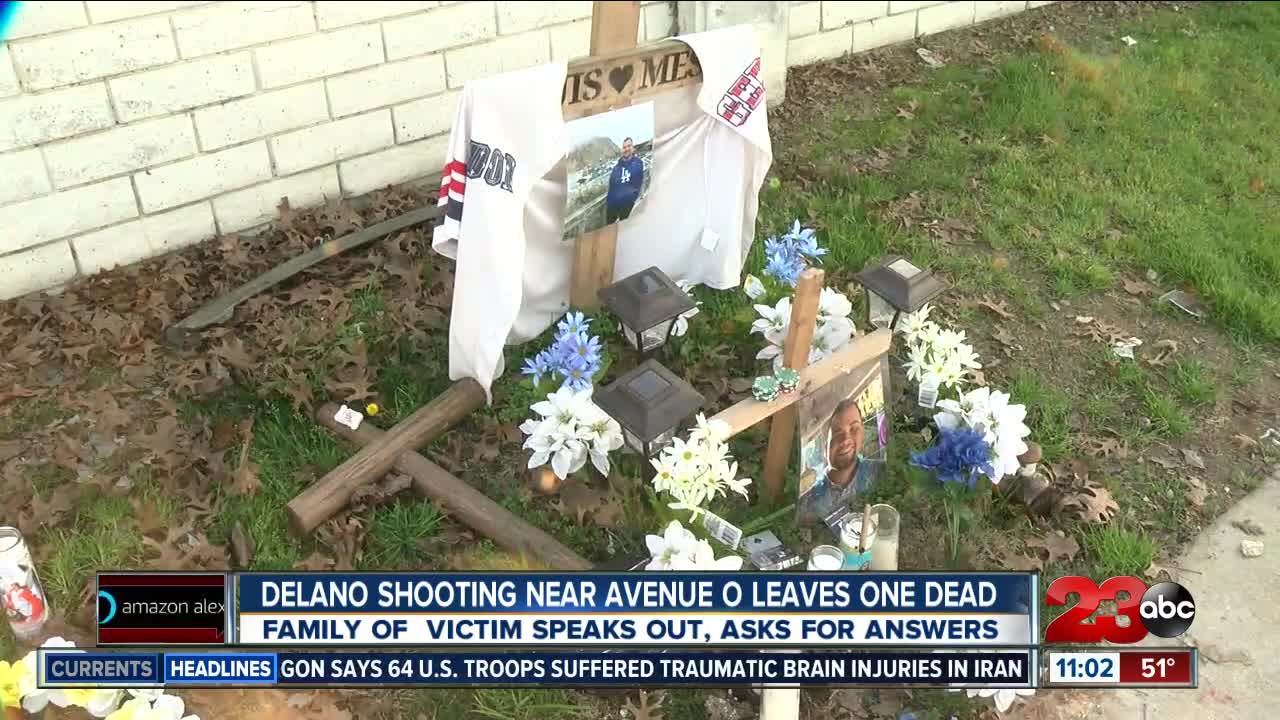 BAKERSFIELD,Calif. — The Delano Police Department is continuing to investigate a shooting that took the life of 21-year-old Adam Rene Guillen, on Friday. Four other individuals were also injured at the shooting near O Avenue and Hiett Avenue.

Throughout Saturday, many individuals stopped at the intersection to add to the newly formed memorial. The sidewalk was soon filled with candles, pictures, and roses for Guillen.

Alongside his memorial lies another tribute, for his friend Luis Mesa. Mesa was killed in a car accident back in November at the same corner.

23ABC spoke with two of the alleged victims who were also injured in the shooting and Destiney Gonzalez, niece to Guillen.

"He was not just anyone, he was someone special," said Gonzalez. "I know people say their loved ones were special, but no he really was."

She shares how difficult it was having to clean up the remaining blood left from the shooting.

"It was just really hard to clean up what they should have cleaned up or what they could have taken for evidence," Gonzalez said.

Gonzalez was not the only person to appear at the memorial.

Two of the victims who are also friends of Guillen were with him the night of the shooting.

The group says they came here to visit Mesa's memorial a little after 11 p.m. on Friday before a car slowed down near the memorial.

Soon the group heard gunshots ringing out around them. The two victims who were shot spoke to 23ABC off camera.

They share that they are afraid for their lives, but came back Saturday to pay respect to their now two departed friends.

One of the victims was left with a gunshot wound to the thigh and received a fractured hand due to a bullet. The other victim says they were shot in the leg.

The two were just released from the hospital Saturday morning and one of their friends is still in ICU awaiting surgery.

The two describe Guillen as their longtime best friend.

"Adam wasn’t just anyone everybody knew him," said Gonzalez. "And now we have to put him in the ground because someone made a stupid mistake."

23ABC reached out to the Delano Police Department regarding this case on Saturday, but no one was available for comment. There is currently no suspect information available, but if you have information please call DPD at 721-3377.