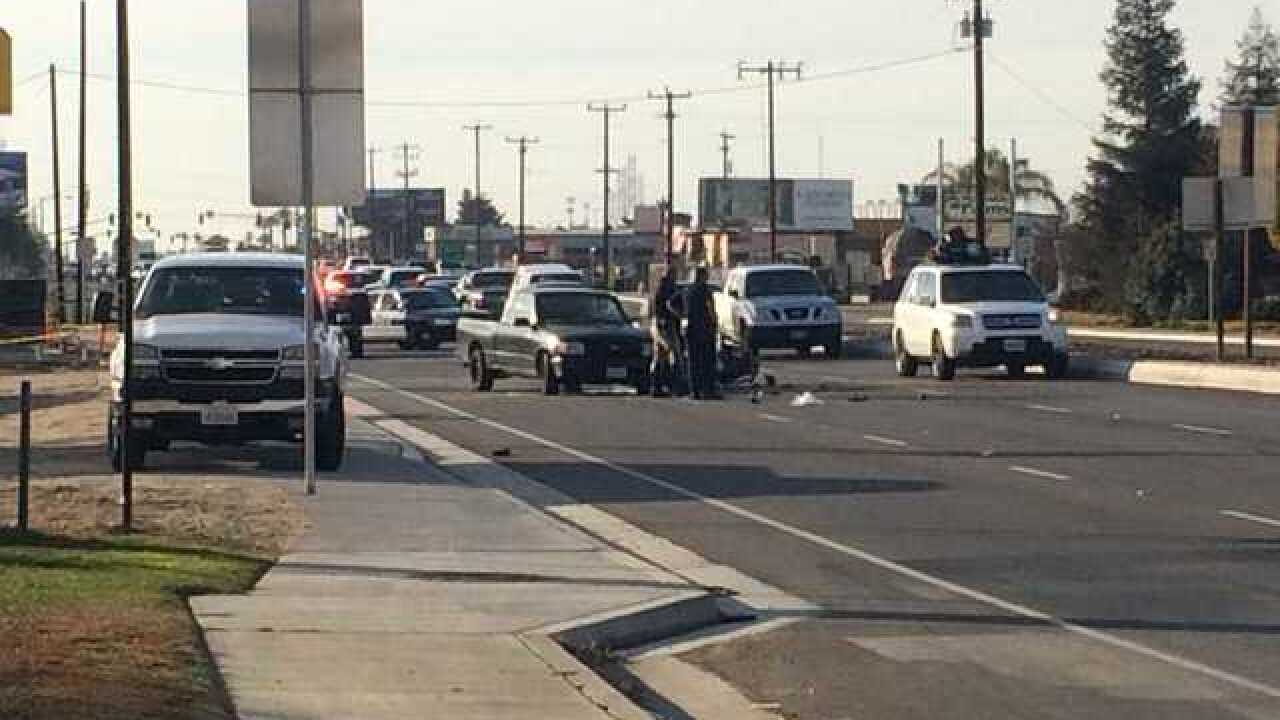 UPDATE (December 26, 2017 12:13 p.m.): The driver of the motorcycle killed in a crash on Dec. 22nd on Rosedale Highway just west of Patton Way has been identified as 45-year-old Chris Womack.

After the accident Womack was taken to Kern Medical, where he later died, according to the coroner's release.

A postmortem exam will be done at a later time to determine cause and manner of death.

A motorcycle was heading eastbound going 50-60 miles per hour when a pickup truck was pulling out from a driveway onto Rosedale Highway.

The Motorcyclist and the pickup truck collided and the motorcyclist was ejected and pronounced dead at the scene.