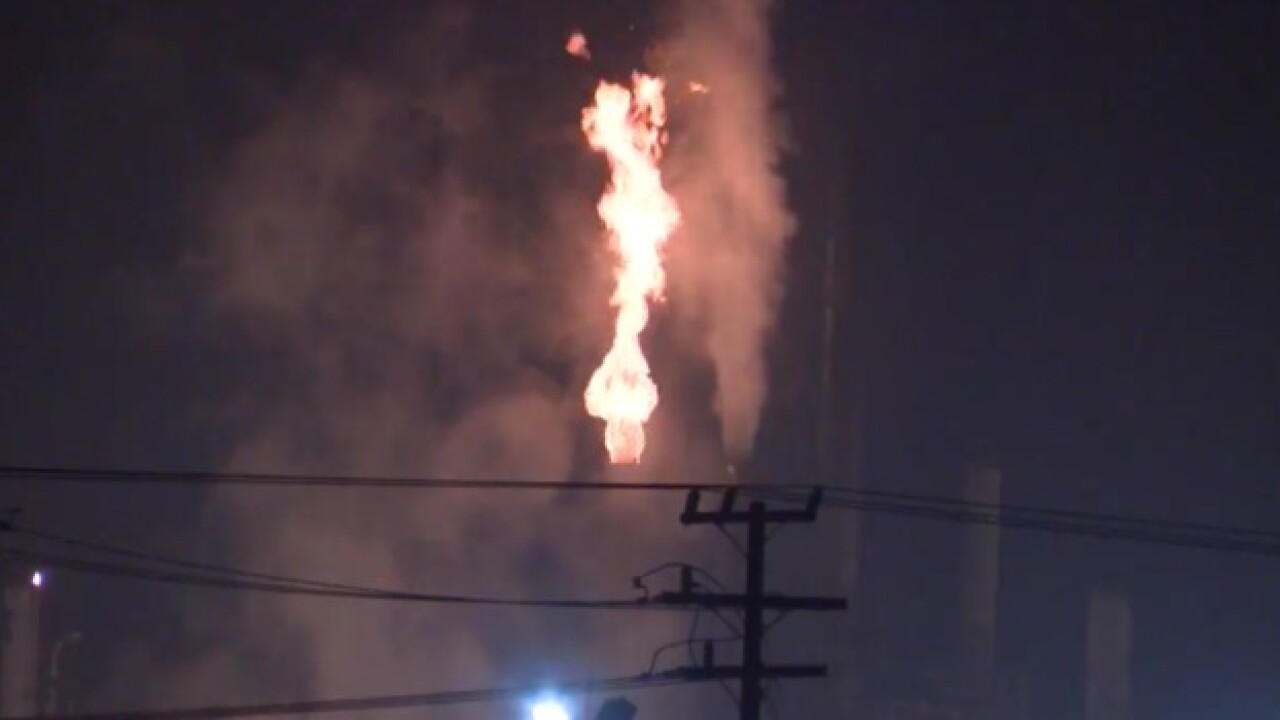 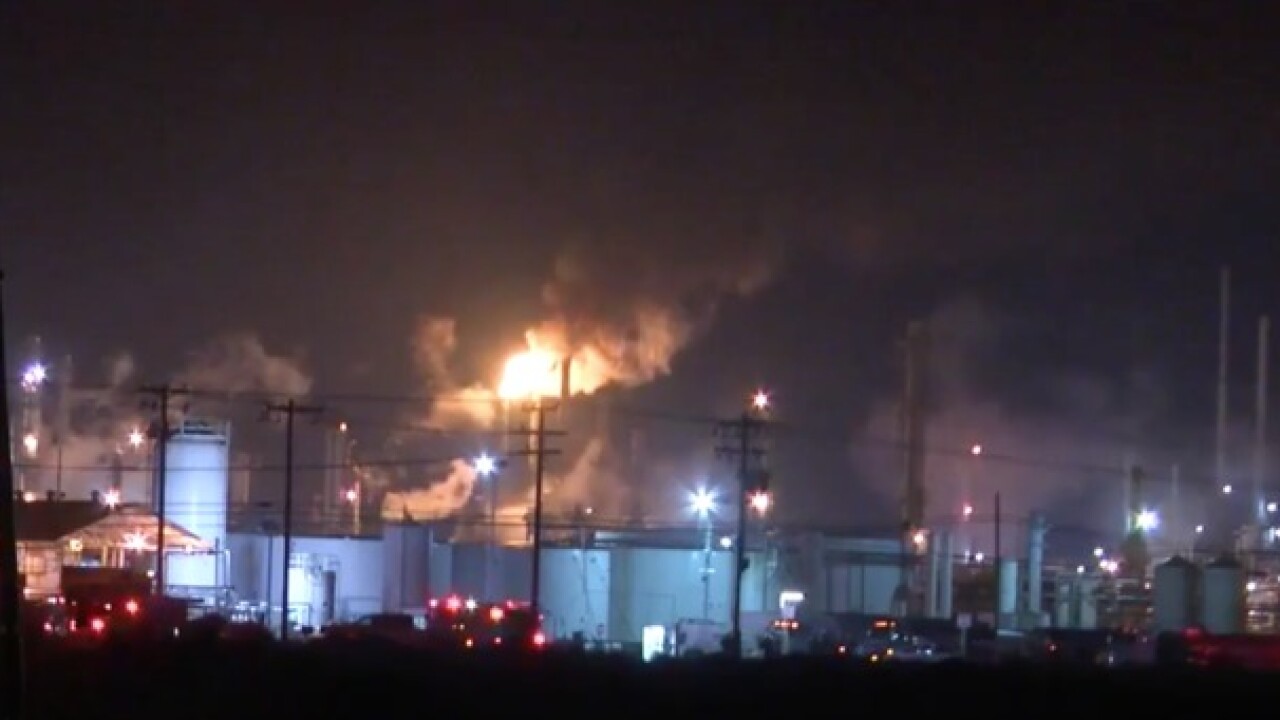 UPDATE (January 18, 2018 10:40 p.m.): Fire crews have the fire contained and are just waiting for the material to burn off, according to Kern County Fire Department.

It is still unclear exactly what is inside of the cooling tower, fire officials said.

There are no reported injuries of fire personnel, or facility staff.

Roads are expected to be closed at least one to two more hours, according to KCFD.

No injuries have been reported, according to KCFD.

A fire has been reported at the Kern Oil Refinery.

This is a breaking news story, please check back for updates.