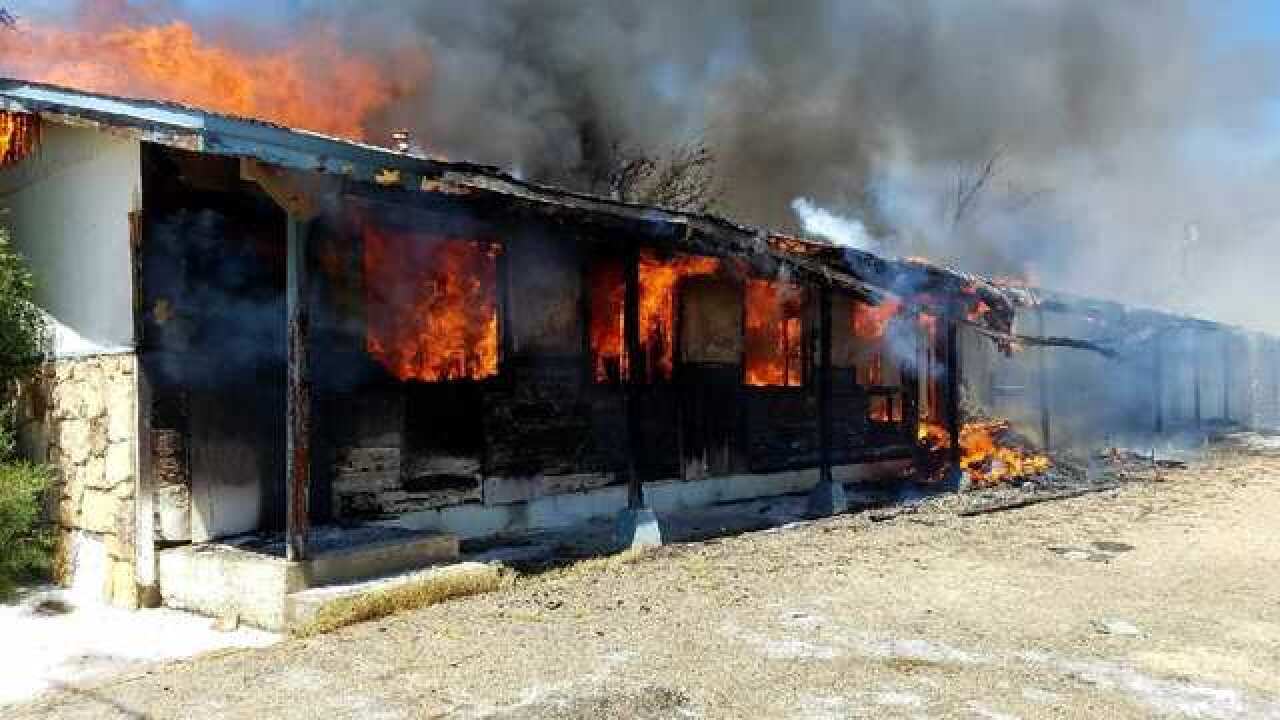 KCFD says units responded to a report of a structure fire in the 1500 block of Meyer Street at about 12:39 p.m. When they got there, they found an abandoned apartment building with multiple units on fire. Wind was a factor in pushing the blaze through multiple rooms.

A second alarm was dispatched for additional personnel and equipment. The fire was under control in about an hour.

No injuries to civilians or fire personnel were reported. Crews are on scene for mop-up and the cause is under investigation.