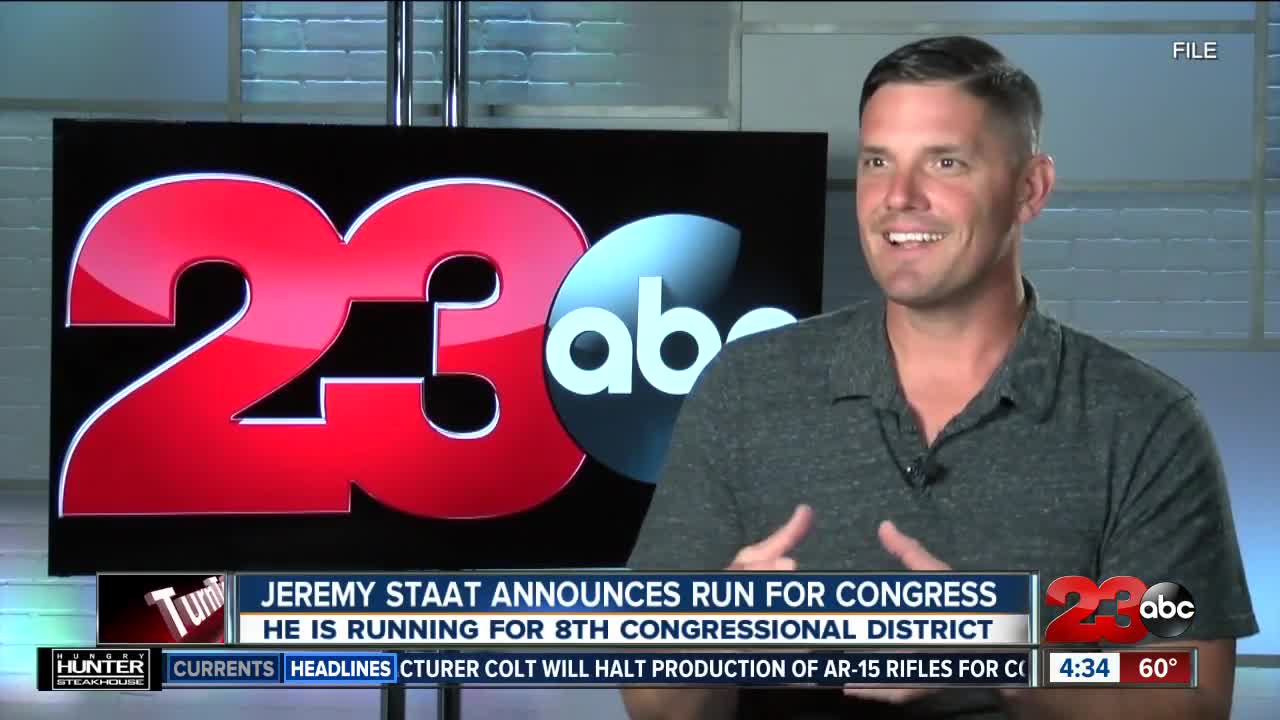 According to Staat's Twitter account, he is running for California's 8th Congressional District, a seat now held by Paul Cook, a Republican from Yucca Valley.

Staat, a former United States Marine who served in Iraq, will be running as a Republican.

California's 8th District encompasses most of the eastern desert regions including Inyo, Mono, and most of San Bernadino counties.