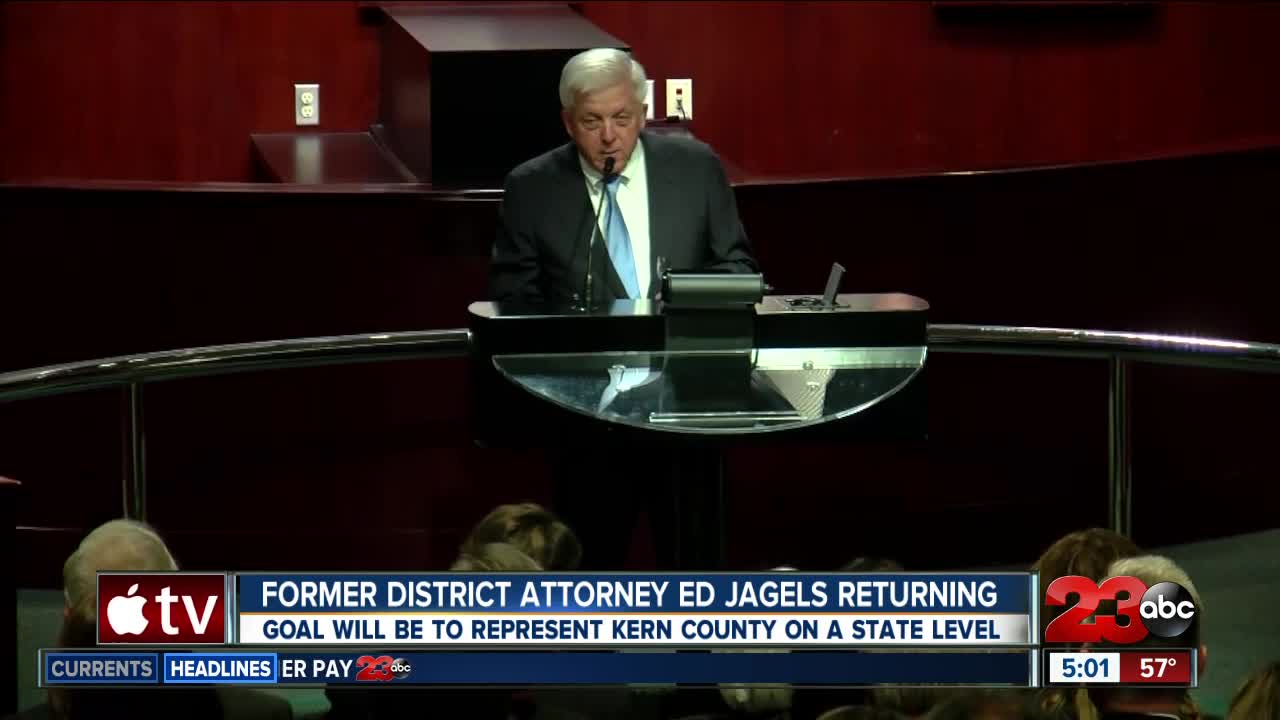 Ed Jagels served from 1983 until 2010 as the Kern County District Attorney.

BAKERSFIELD, Calif. — Ed Jagels was Kern County's District Attorney from 1983 to 2010 and is now returning to the office.

As the 23rd DA, Cynthia Zimmer, steps into her new role, Jagels will return in a volunteer position, working for free.

"Part of what Mr. Jagels will do is what we're all going to be doing is finding out what the problem is and taking a seat at the table. Kern County is a large county and it's a major county in California and it's time for us to have a seat at the table in Sacramento to make sure that our interests are protected," said Kinzel.

Jagels faced some criticism during his time as District Attorney. He was DA in the 80s during a string of alleged child molestation cases that resulted in 27 people being convicted of sex crimes, then 25 of those charges were dropped because the interviews of the children were improperly handled.

Kinzel said Jagels has acknowledged those issues and said those cases should not be what he is remembered for.

"Mr. Jagels, over 28 years, he kept this community safe and when you look at the entire body of work of someone you have to look at all of it. It's not fair to isolate a specific series of cases. And so when you really think about Mr. Jagels he gave us 28 years to this community and now he's going to pitch in and give us even more service and that's something that we're grateful for," said Kinzel.

Jagels is expected to start his new role in the next couple weeks.