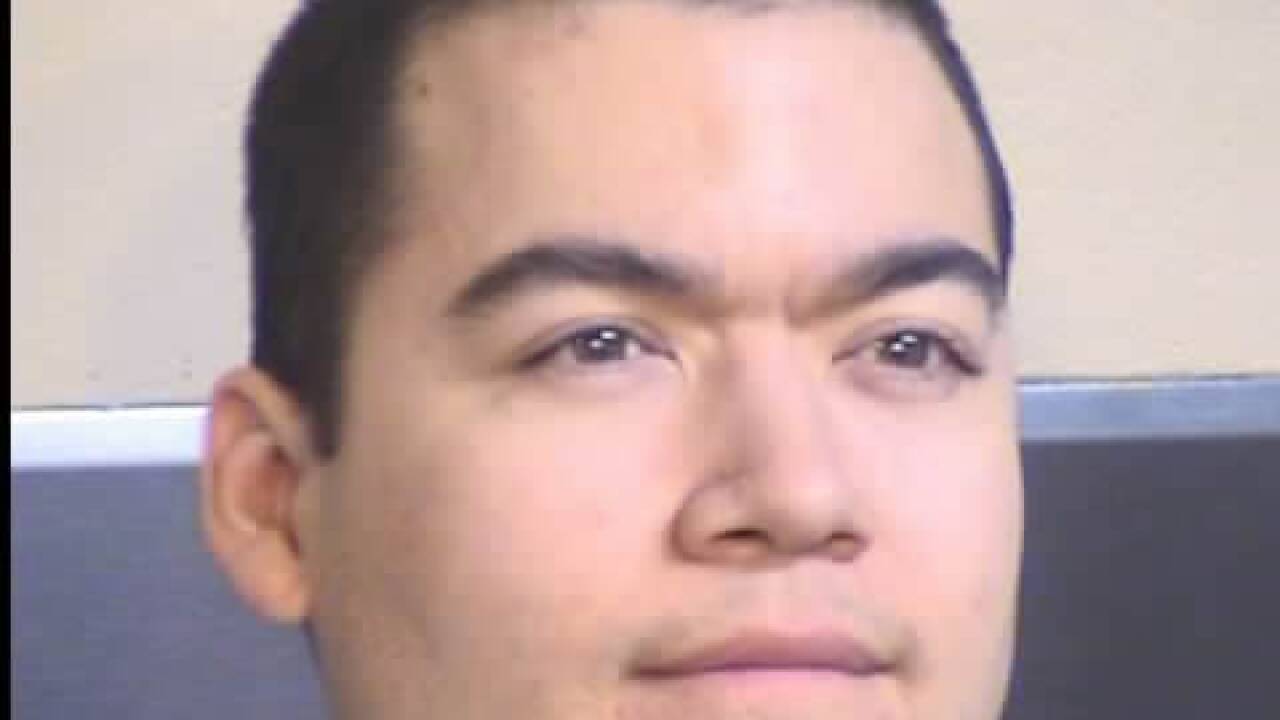 BAKERSFIELD, Calif. — A Central High West teacher has been arrested in Fresno for allegedly sexting a student according the Fresno County Sheriff's Sex Crimes Unit.

According to deputies, 31-year-old Fabian Botero of Clovis was booked into the Fresno County Jail on a felony charge of using electronic devices to solicit sexual acts with a minor. Officials said that school administrators at the high school's west campus received a report of inappropriate behavior taking place between a teacher and student.

Officials said that the reporting person said Botero had exchanged several sexually graphic messages with a 15-year-old girl through emails, text messages and voice calls. The school immediately reported this information to the Fresno County Sheriff's Office for further investigation.

Following a lengthy interview with a detective, Botero admitted to the inappropriate behavior. It was determined that the teacher and student exchanged email addresses in September 2018.

According to the Sheriff's Department, they began communicating on a regular basis and lead to them exchanging phone numbers. Botero continued to make sexual advances toward the girl through texts and phone calls.

This remains an ongoing investigation.

“Effective immediately, Mr. Botero is no longer an employee with Central Unified School District. His arrest, based on the felony charge, is deeply disturbing. All interactions between staff and students should have the highest standards of professionalism and boundaries. The behavior that led to these charges is absolutely unacceptable for anyone, especially an educator.

Student safety is a top priority for the district and as such, we are fully cooperating with the Fresno County Sheriff’s Office and will continue to do so throughout the course of its investigation. We’re taking measures to ensure classes aren’t disrupted and additional support staff and counselors will be on campus for students and staff.

We appreciate the swift action of our high school administrators who immediately contacted law enforcement as soon as the allegations surfaced this morning. We're also grateful for our partnership with the Fresno County Sheriff.”

The Sheriff’s Office would like to remind parents to be vigilant when it comes to monitoring kids’ phone, email and social media usage. Educate yourself on what software apps they are using. Keep an open line of communication with your son or daughter so you can stay aware of challenges they are facing and identify any sudden changes in their mood. If you learn of any suspicious behavior, report it right away to law enforcement.