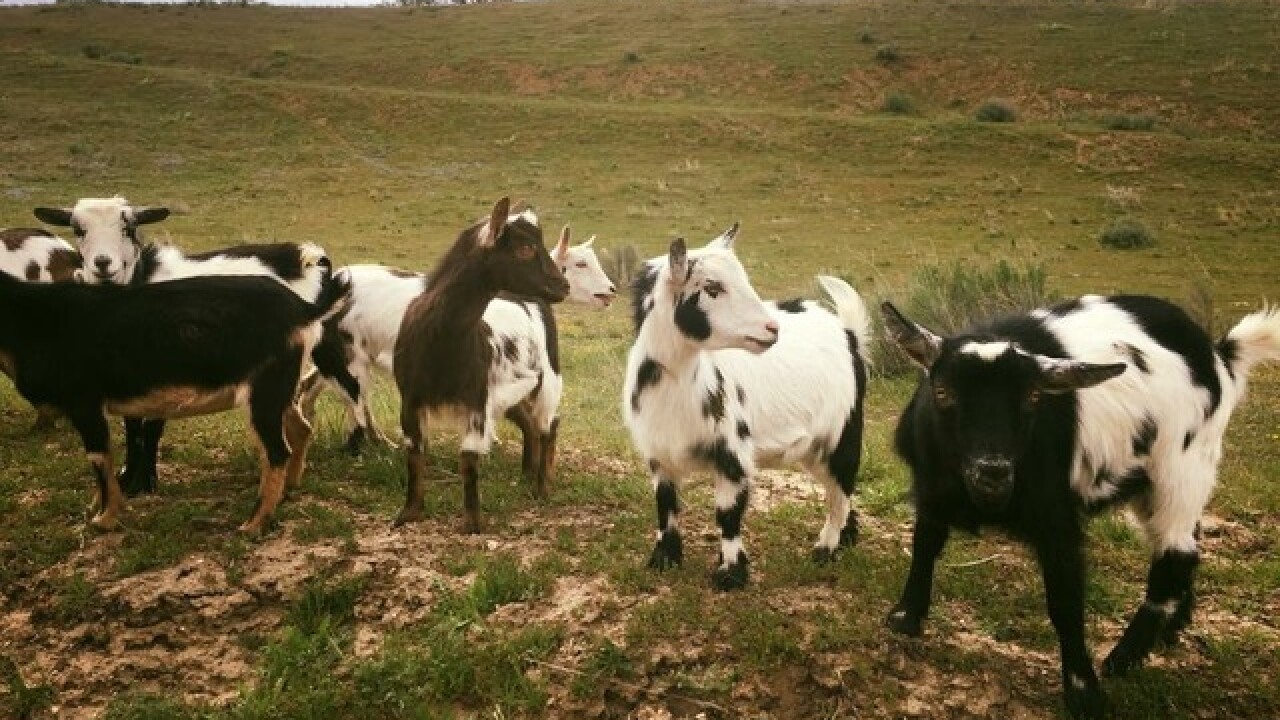 Copyright 2018 Scripps Media, Inc. All rights reserved. This material may not be published, broadcast, rewritten, or redistributed.
<p>photo from Alex Mullenax</p>

BAKERSFIELD, Calif. — UPDATE (3/25/19): Four goats have been recovered after someone spotted them in the road at Chestnut and Clarkson last night.

Detectives in the Fresno County Sheriff’s Ag Task Force are investigating a series of goat thefts.

Between January 9 to March 7, there have been seven different reports of goats being stolen, according to FCSO. A total of 61 goats, amounting to $27,000 in loss, have gone missing from different private properties in the area between Easton and Riverdale.

The Ag Task Force detectives are also working with investigators in Kings and Tulare counties to investigate the cases.

Some owners with the Members of the Kingsburg 4-H club were able to safely recover four of their goats, which were found roaming on a roadway in Selma between Highways 41 and 43. They are offering a $1,000 reward for information about the remaining missing seven goats.

In the meantime, detectives advise that owner make sure fencing and gates are secure, stay vigilant by watching property for suspicious activity, consider locking up animals during the night and invest in trail cameras, which could capture images of suspicious vehicles and license plates.