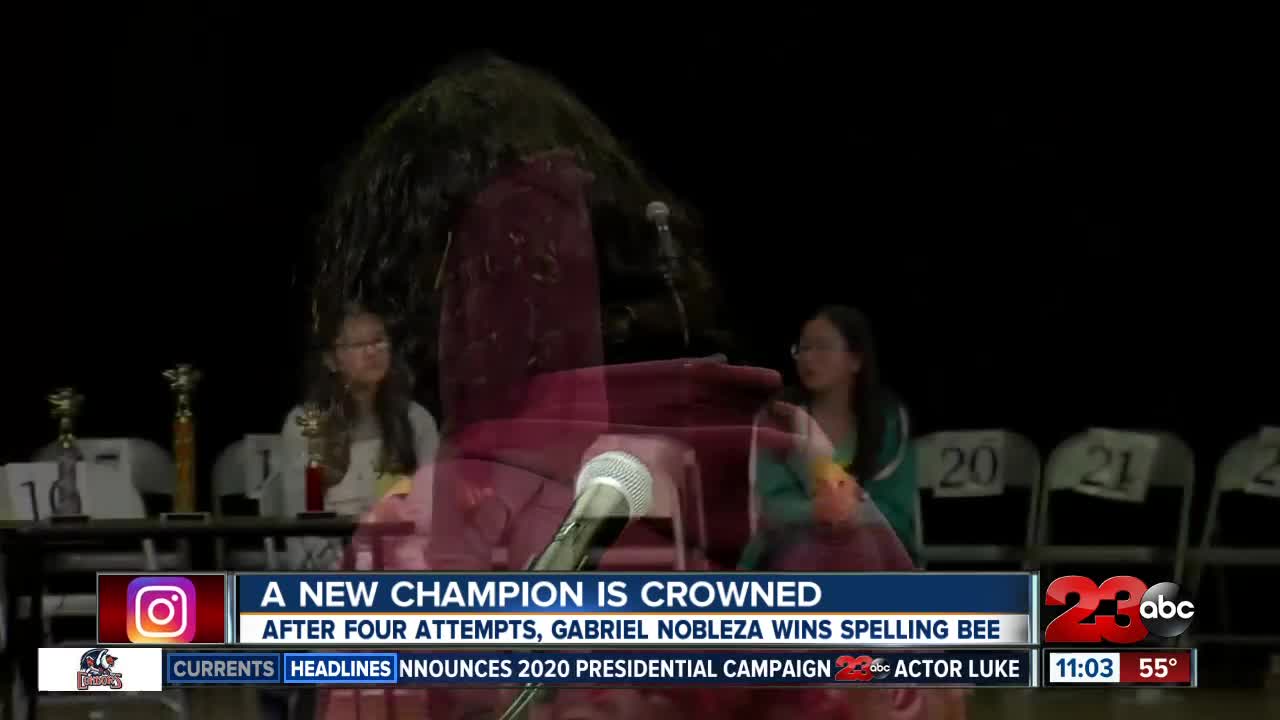 “I'm shocked and happy to say the least," said Nobleza.

A boy who knows many words was speechless. Since fourth grade, Nobleza has came in second place each of his four attempts at the Bee, but knew his time was coming.

“Even if I kept getting second place, I always knew I would have to keep trying to achieve this," said Nobleza.

In his last year of eligibility, Nobleza said he studies the County list for days and has never came across the winning word.

"It sounds like a silly word," said Nobleza. "It’s going to have some repetitiveness in the letters, so it’s probably going to be spelled how it is, P-I-F-F-L-E."

He was right and now has one message he wants to share with people...

"For those who keep getting runner-up or who keep having their shortcomings, keep trying and try your best,persist, even If it seems hopeless," said Nobleza.

Nobleza will now head to the Scripps National Bee in Harbor City, Maryland in May to compete with students from all over the country.