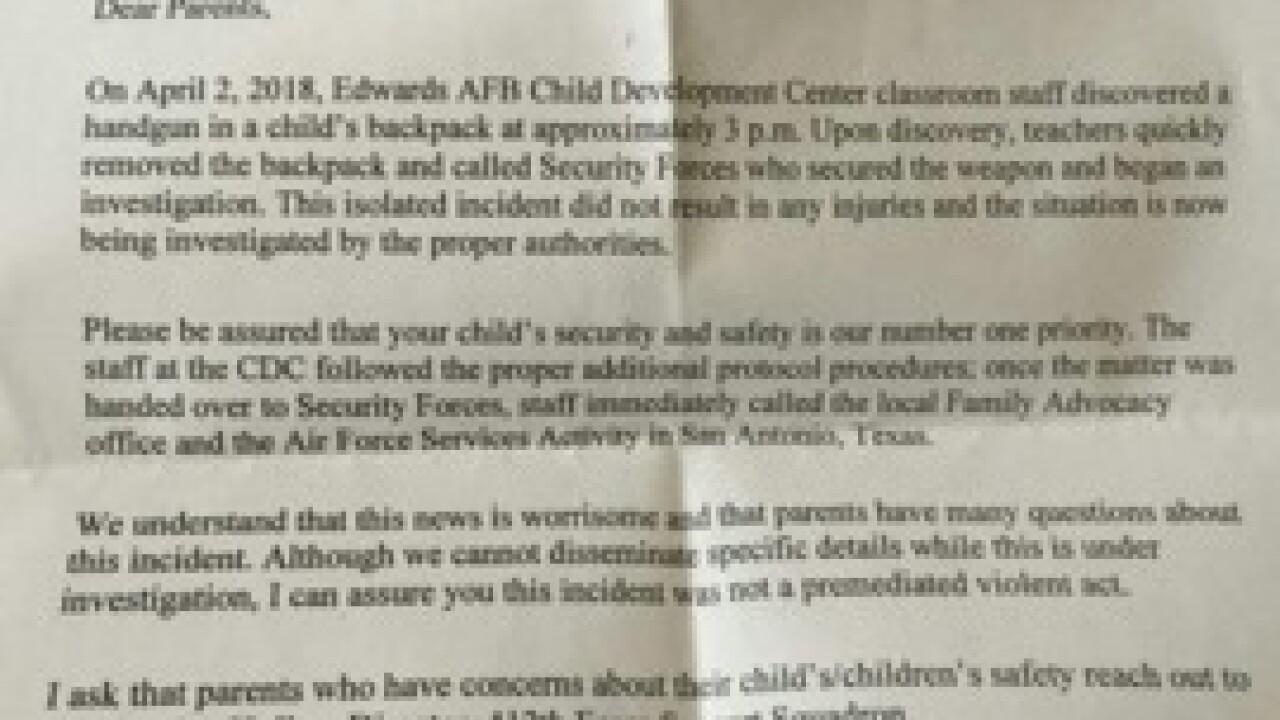 A handgun was found in a child's backpack at the Edwards Air Force Base child development center on April 2nd, according to a letter sent out by the Department of the Air Force.

Classroom staff found the gun around 3 p.m., removed the backpack, and called Security Forces who then proceeded to secure the weapon and begin an investigation.

The letter was sent out to parents on April 9th regarding the incident insuring parents the children's security and safety is the "number one priority".

The letter also states that once the matter was handed over to Security Forces, staff immediately called the local Family Advocacy office and the Air Force Services Activity in San Antonio, Texas.

Anyone with concern's about their child's/children's safety is encouraged to reach out to Ms. Janice Hollen, Director of the 412th Force Support Squadron.

The letter is signed by Colonel George Tromba, the Commander of the 412th Mission Support Group at the base.