1 dead in shooting in Lamont, no arrests made 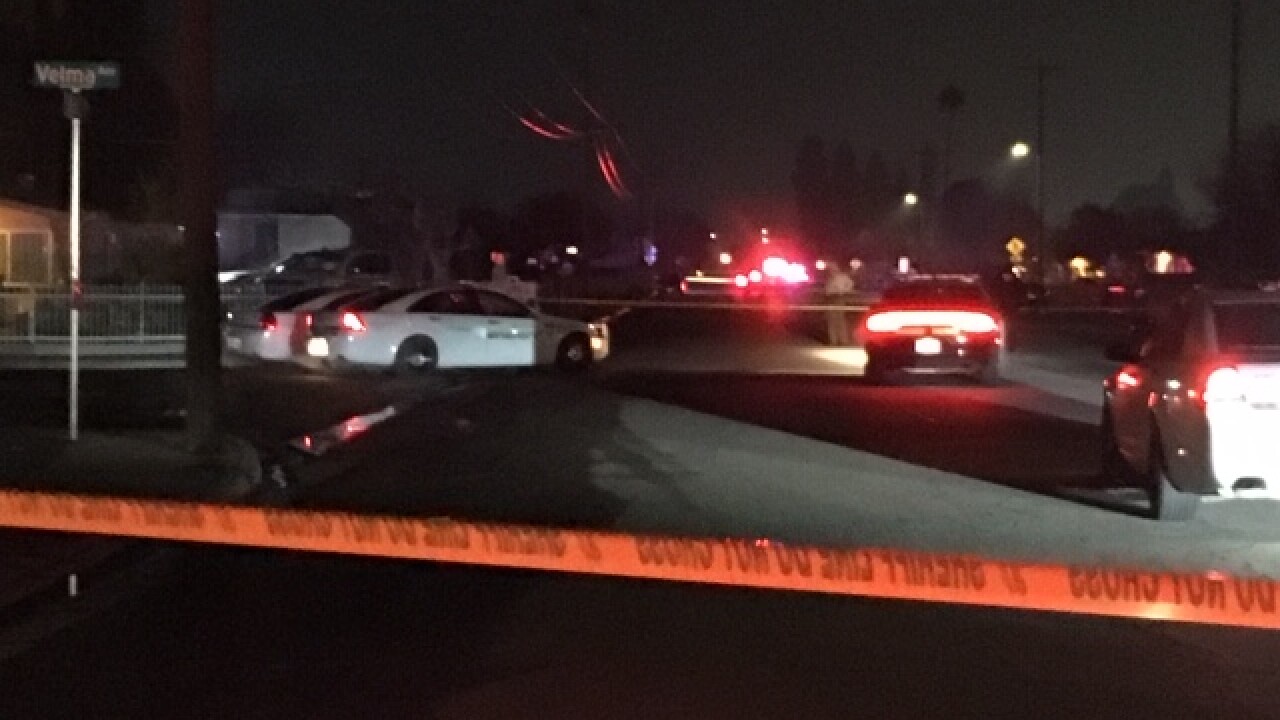 BAKERSFIELD, Calif. — UPDATE: According to KCSO, the driver of the vehicle succumbed to his injuries during the shooting and a passenger of the vehicle also appeared to have sustained multiple gunshot wounds. The passenger is currently being treated at Kern Medical for the injuries.

According to KCSO, two people driving in a car early Monday morning in Lamont were shot at. Both people inside were hit. The driver kept driving around in the area, but eventually crashed on Hall Road.

One person was pronounced dead at the scene.

No arrests have been made. Deputies do not have any suspect information.

Kern County Sheriff's Office deputies are on scene in a neighborhood in Lamont on Monday morning.

Deputies are in the area of Velma Avenue and Hall Road.

The area has been taped off, as deputies investigate the area.