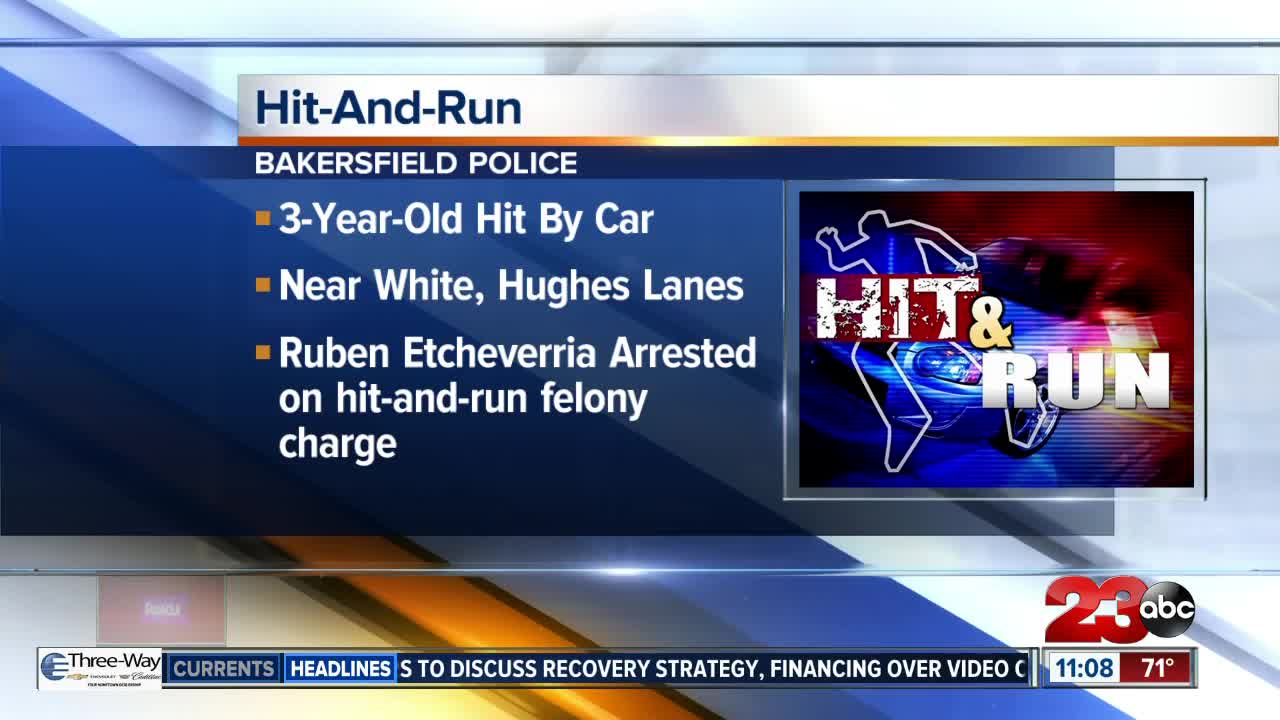 The Bakersfield Police Department responded to a report of a hit and run on White and Hughes lanes, just after 5 a.m. on Thursday. 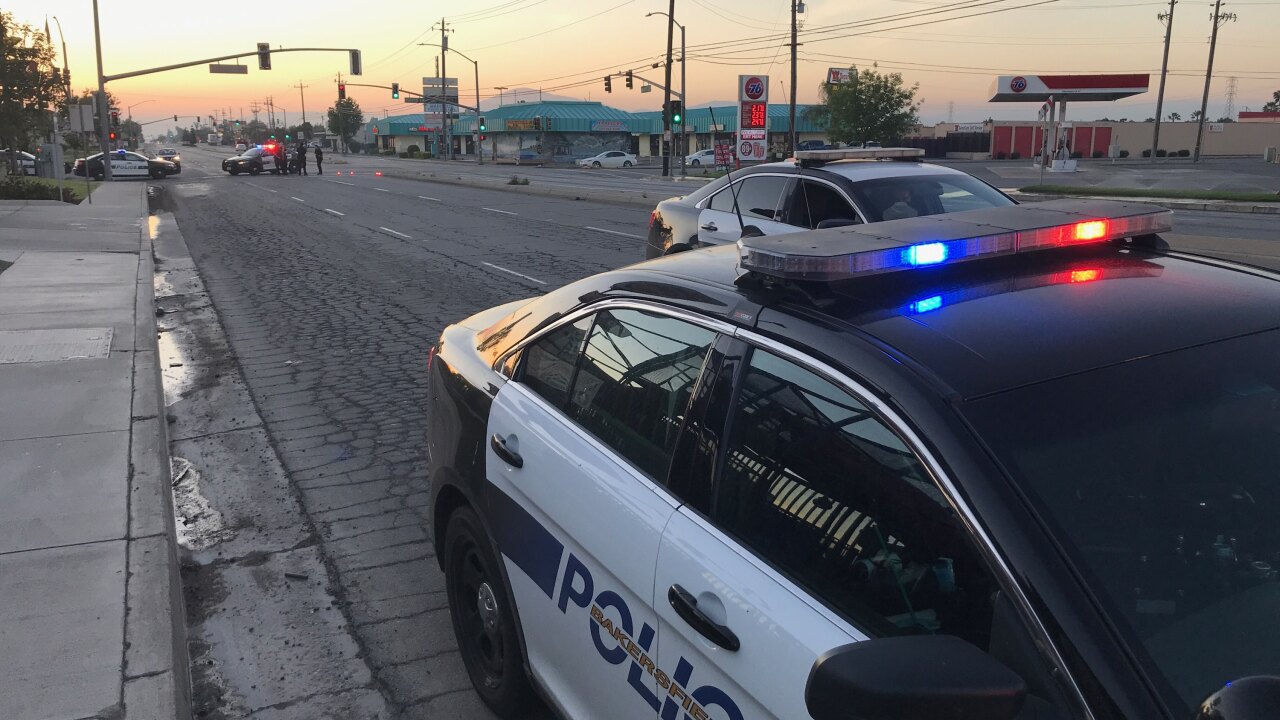 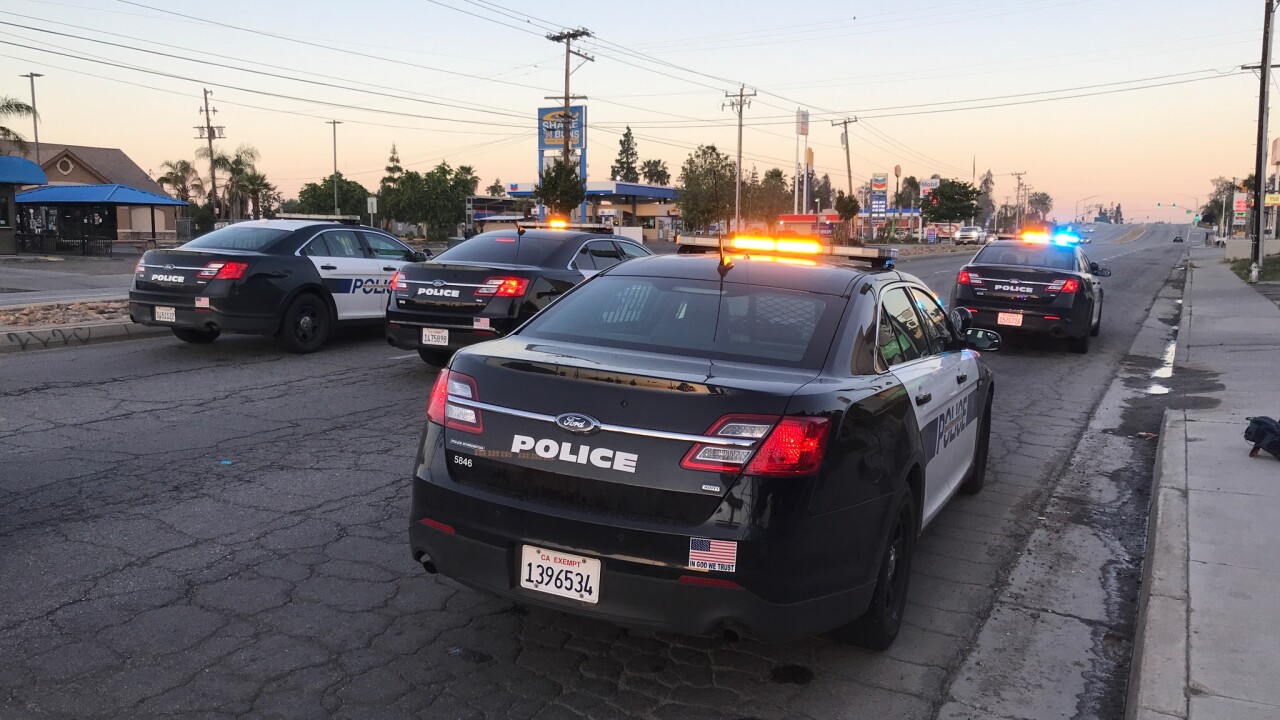 BAKERSFIELD, Calif. — The Bakersfield Police Department responded to a report of a hit and run on White and Hughes lanes, just after 5 a.m. on Thursday.

According to the BPD, as officers arrived, they discovered a three-year-old boy had wandered into the roadway and was struck by a passing pick-up truck.

Police say the juvenile sustained major injuries and was taken to a local hospital where he was listed in critical, but stable condition.

After the boy was hit, the driver of the pick-up fled the scene, but returned over an hour later, according to police.

BPD has identified the driver as 46-year-old, Ruben Venegas Etcheverria.

The Bakersfield man was arrested for felony hit-and-run involving injury.

Police determined the cause of the collision to be the unattended juvenile in the roadway and found it to be an accident, and not the result of any negligence or criminal act.

Alcohol, drugs and speed do not appear to be factors in this crash.

However, BPD, is conducting an investigation as to how the child came to be in the roadway.