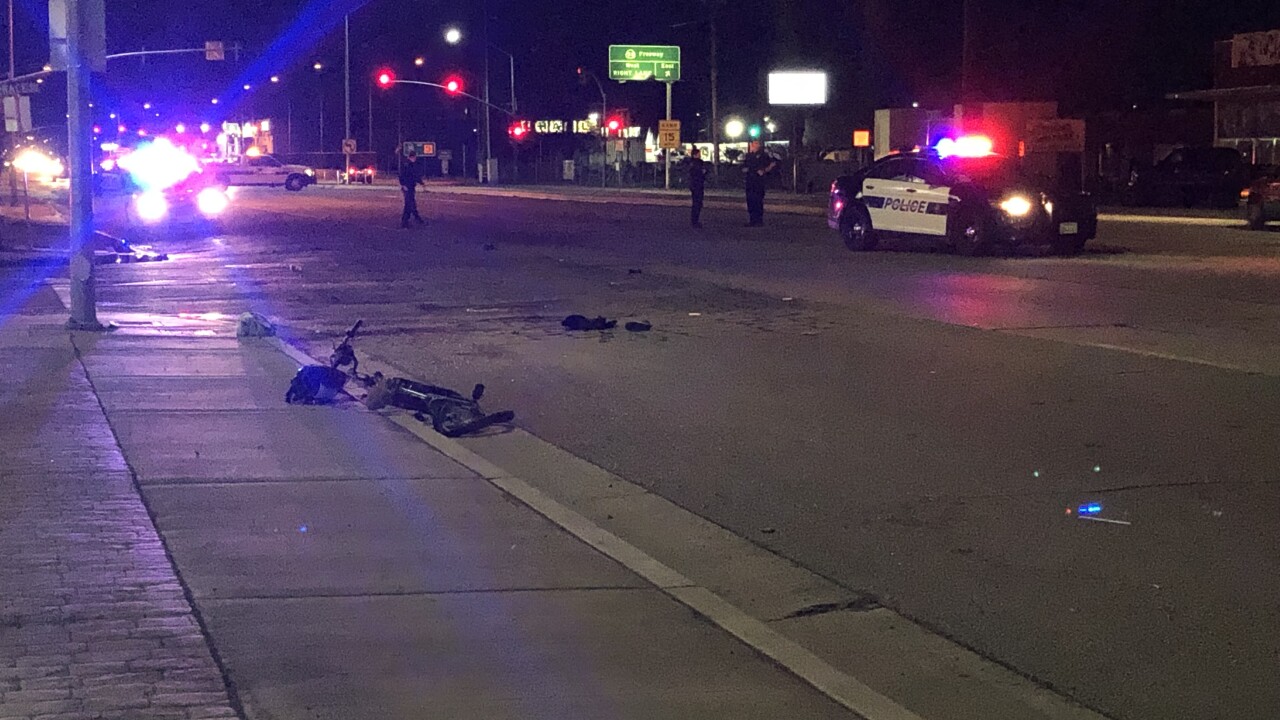 BAKERSFIELD, Calif. — The Bakersfield Police Department said a woman is suffering from moderate to major injuries after being hit by a car on South Union Avenue Saturday, February 2.

The woman was riding her bike when the car hit her around 9:20 p.m. BPD said the suspect's vehicle is described as a four-door gold vehicle.

The woman's identity has not been shared but she is expected to survive the incident.