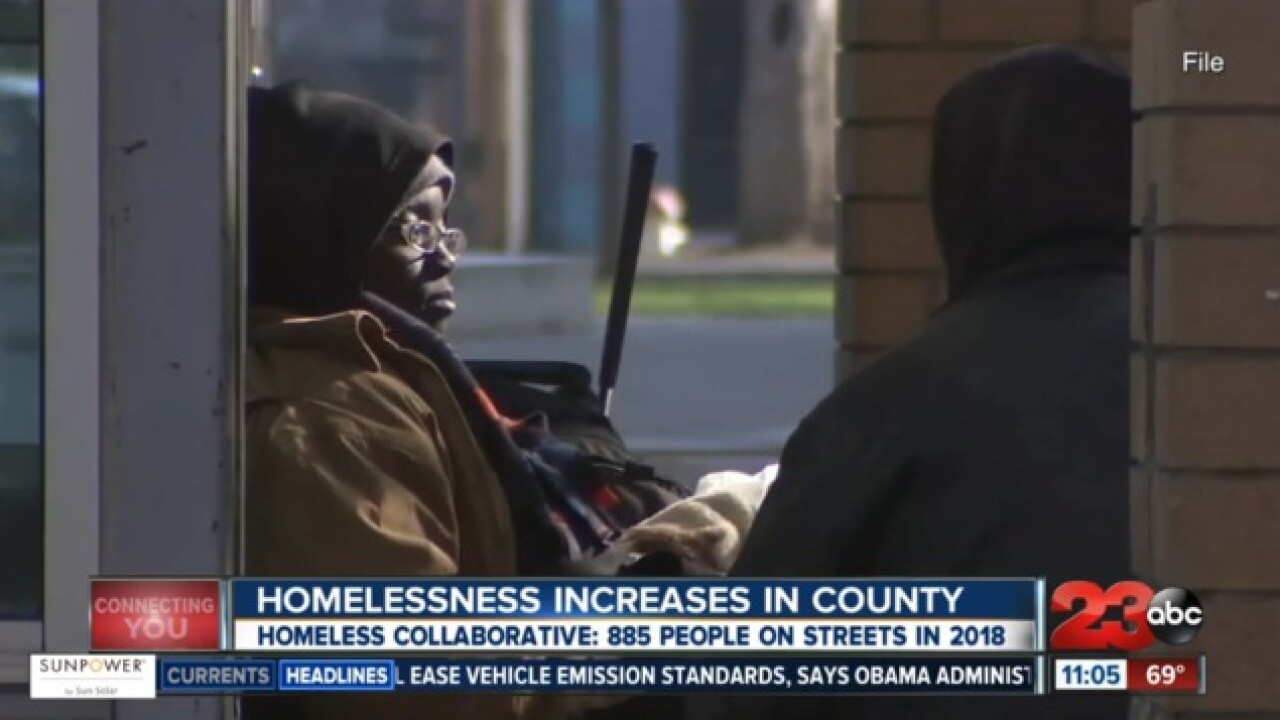 The homeless situation in Kern County continues to be an issue and it appears there are more people on the street this year compared to last year.

The Kern County Homeless Collaborative held a meeting this morning where they discussed current data and their plans for the future.

In this meeting officials presented data that showed that there's been a nine percent increase in homelessness with approximately 885 people on the streets in our area.

515 individuals are living in shelters and around 309 are unsheltered. Officials added that the shelter count is down five percent from last year.

One of the Homeless Collaborative's goals is to increase veteran housing placements for 21 veterans a month and said that they've seen a decrease in veteran and chronic homelessness.