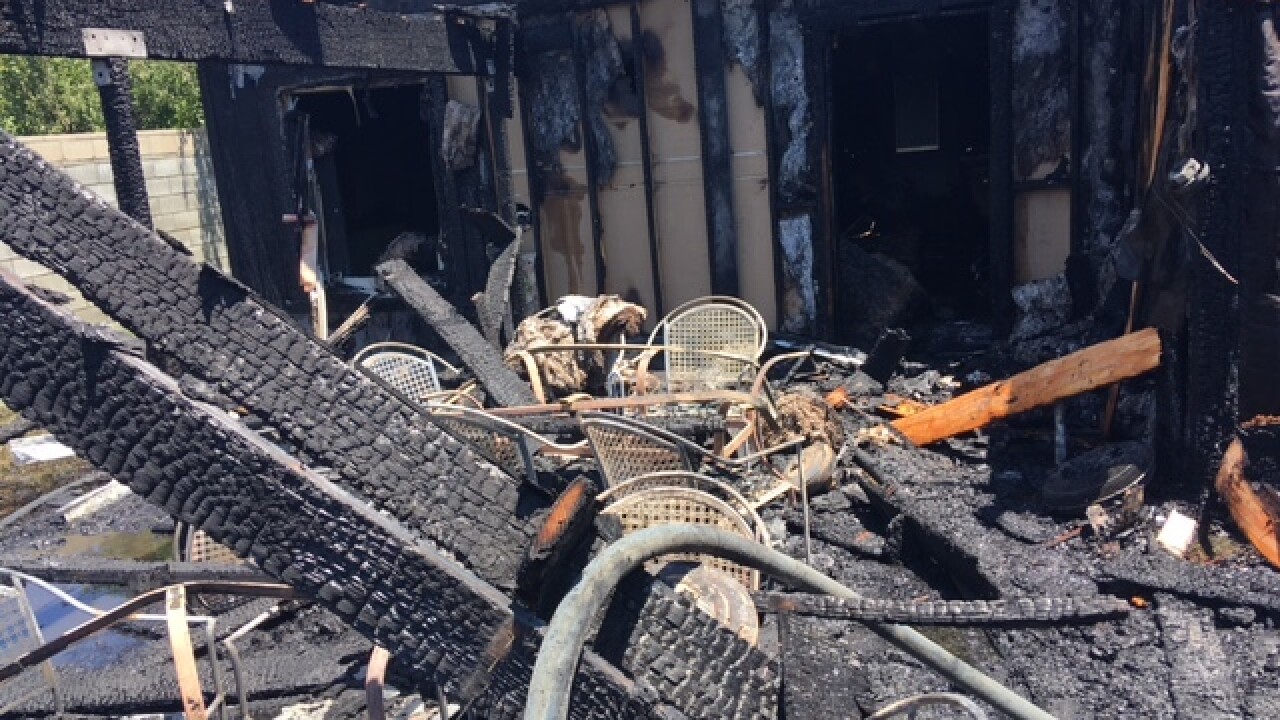 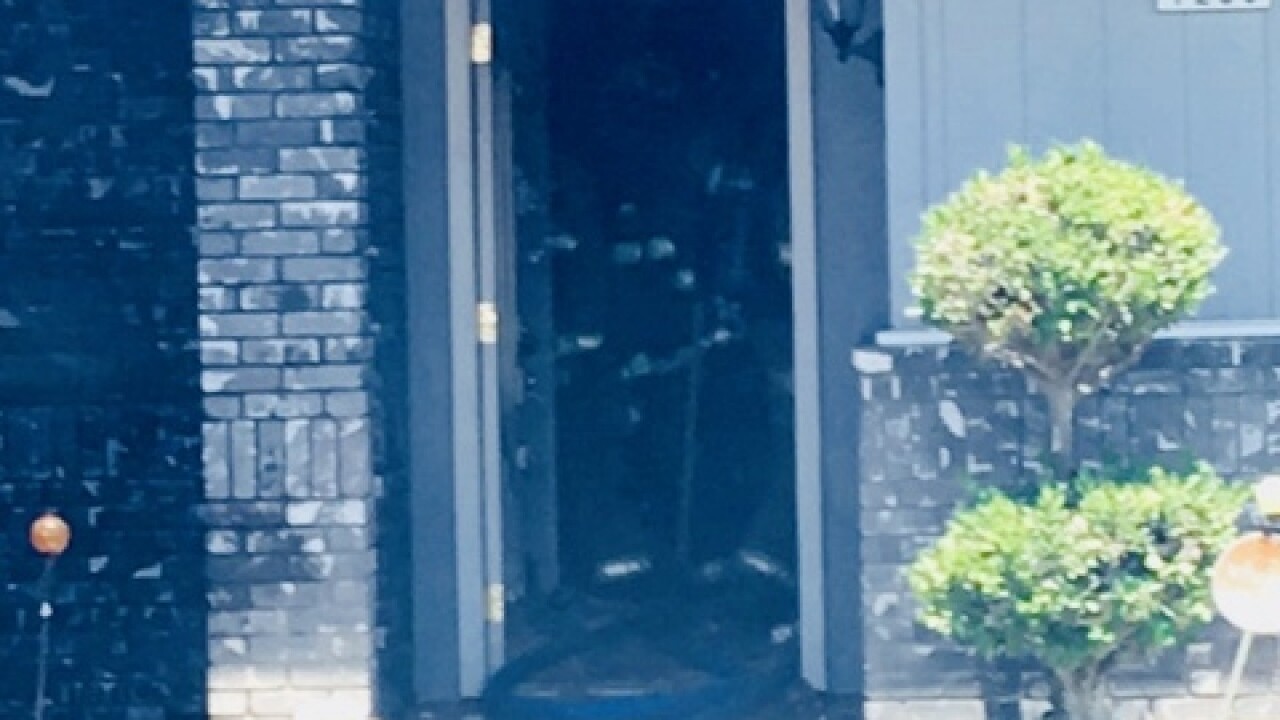 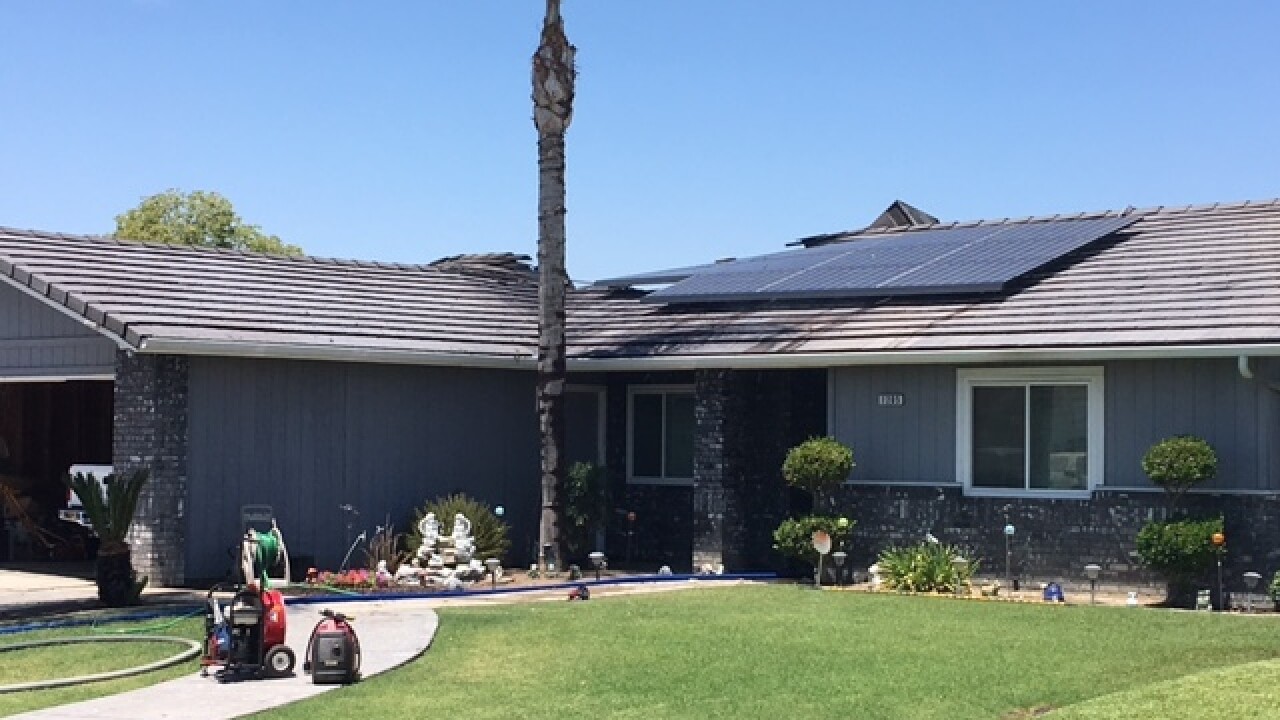 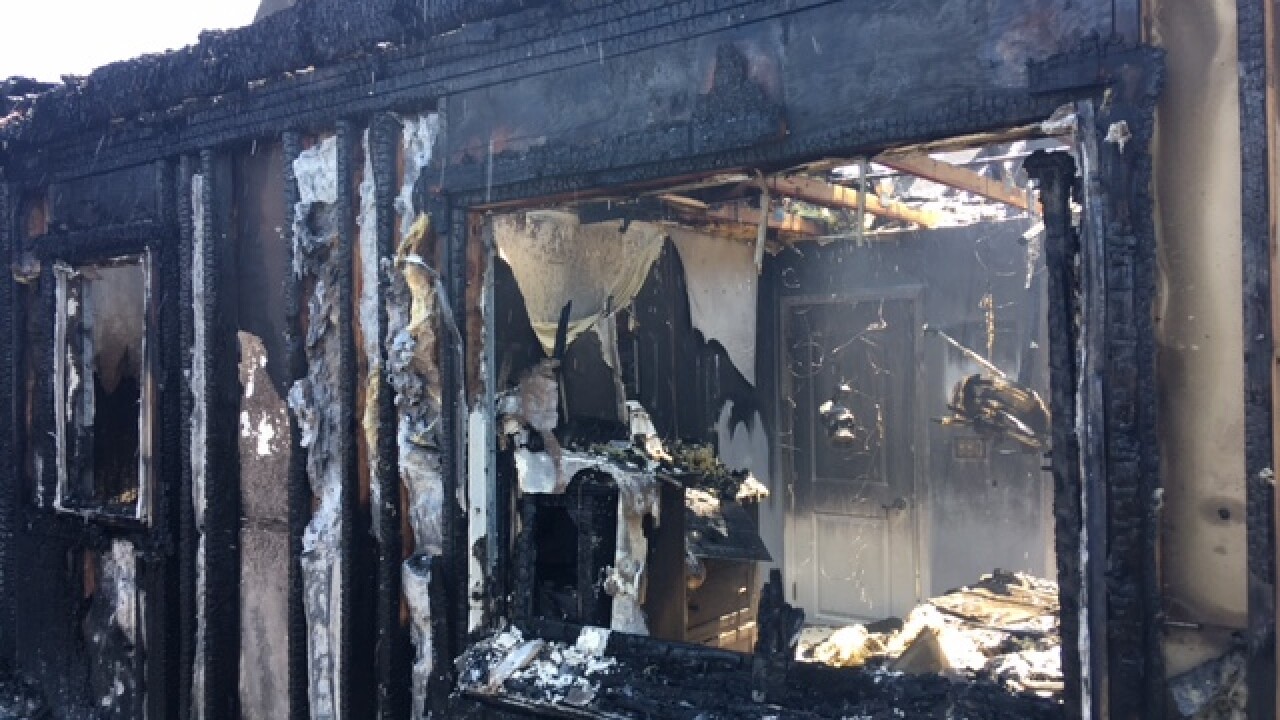 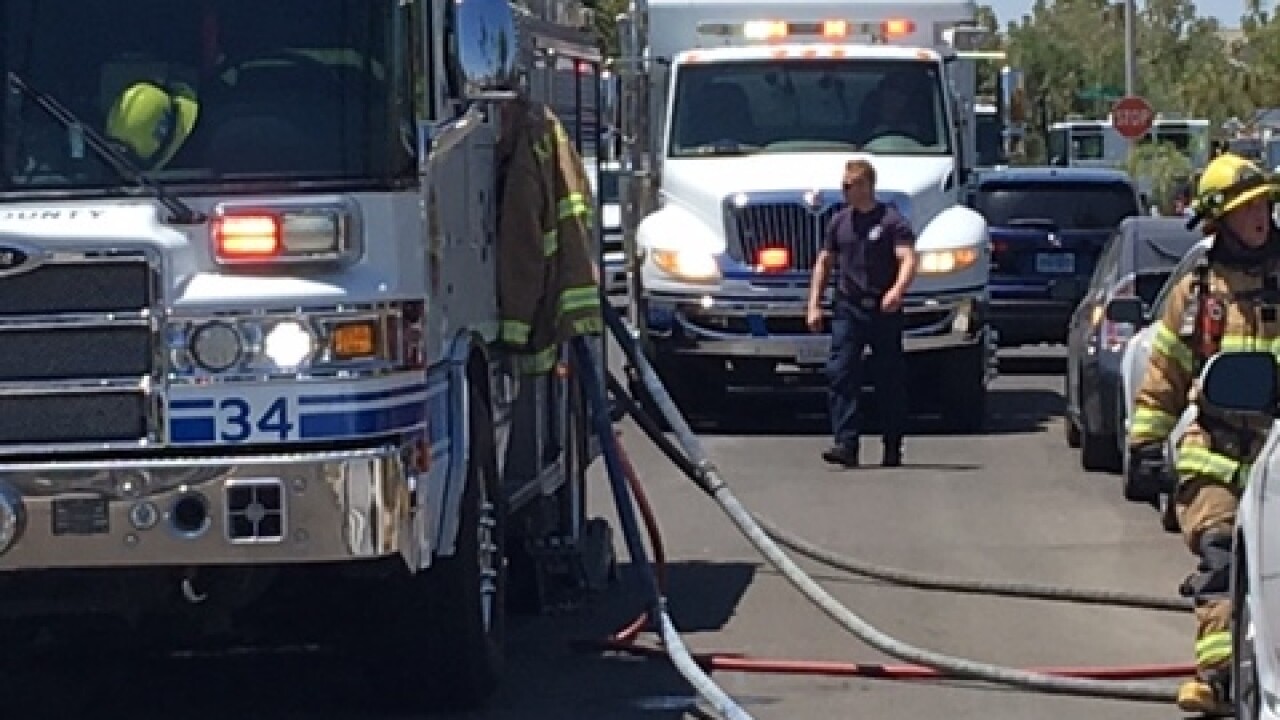 The Kern County Fire Department responded to a house fire Sunday at noon. Officials say fire was coming from the roof of the home that had soon collapsed. Crews aggressively attacked the fire keeping it contained.

Two adults inside of the home smelled the smoke coming from the patio area in the backyard and quickly retreated. One man received minor injuries to the top of his hands but refused medical treatment.

The cause of the fire is under investigation, but is believed to be an accident.

The Kern County Fire Department would like to remind you to check your smoke detectors regularly and replace the batteries every six months.