All lanes are now open on I-5 on the Grapevine 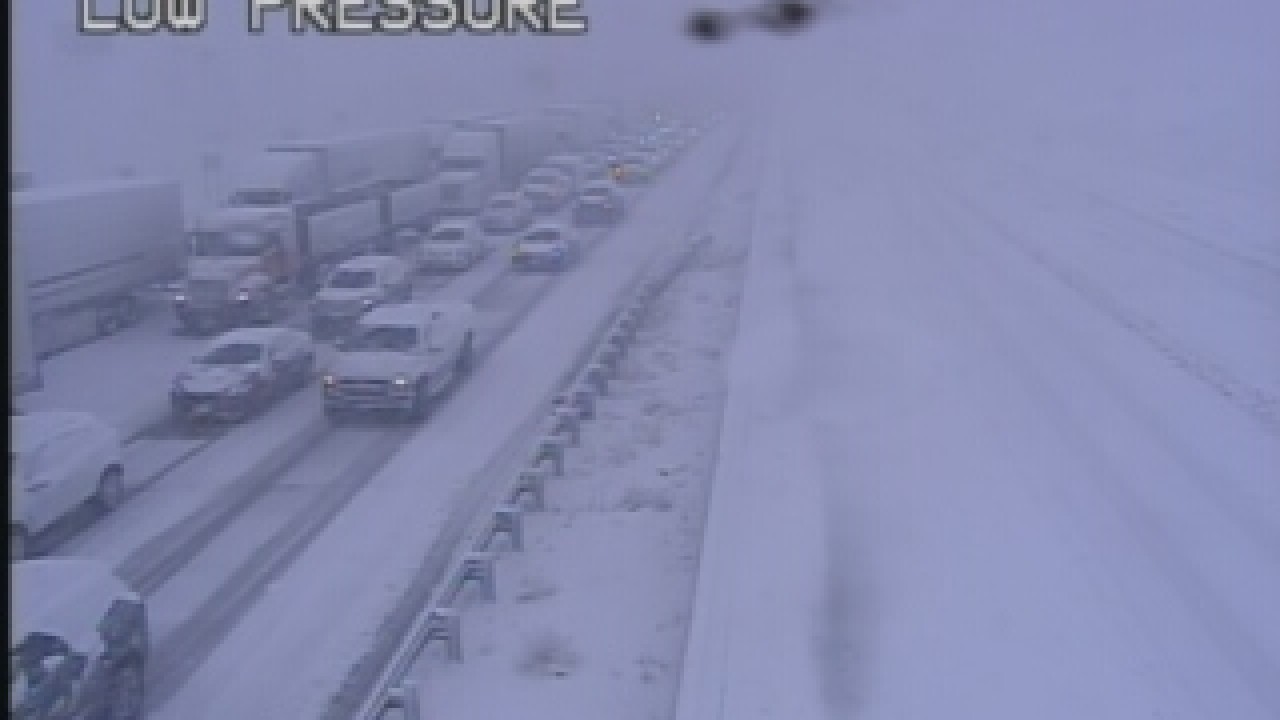 (UPDATE:)
CHP Fort Tejon is reporting that all lanes of I-5 on the Grapevine are now open, with traffic moving slowly. The Southbound direction is closed
----
(UPDATE: 5:41 p.m.)
According to Caltrans, the Northbound I-5 remains closed on Castaic, and traffic on the pass is slowly clearing out.

Southbound I-5 also remains closed as well on Grapevine Road.

CHP Officer Jeff Burdick with the Fort Tejon office said the I-5 looks like a "parking lot".

He said CHP and Caltrans crews are working to get to everyone stuck in the snow.

The Grapevine is closed. Caltrans is hard at work clearing th ice and snow. We will keep you updated.

All lanes of traffic on Interstate 5 have been shut down on The Grapevine on Monday.

GRAPEVINE: Southbound I-5 is now CLOSED at Grapevine Road, per CHP. We will continue to update on the roadway status throughout the day. pic.twitter.com/SJSAFd7hWo

There's no time estimate as to when The Grapevine will re-open.