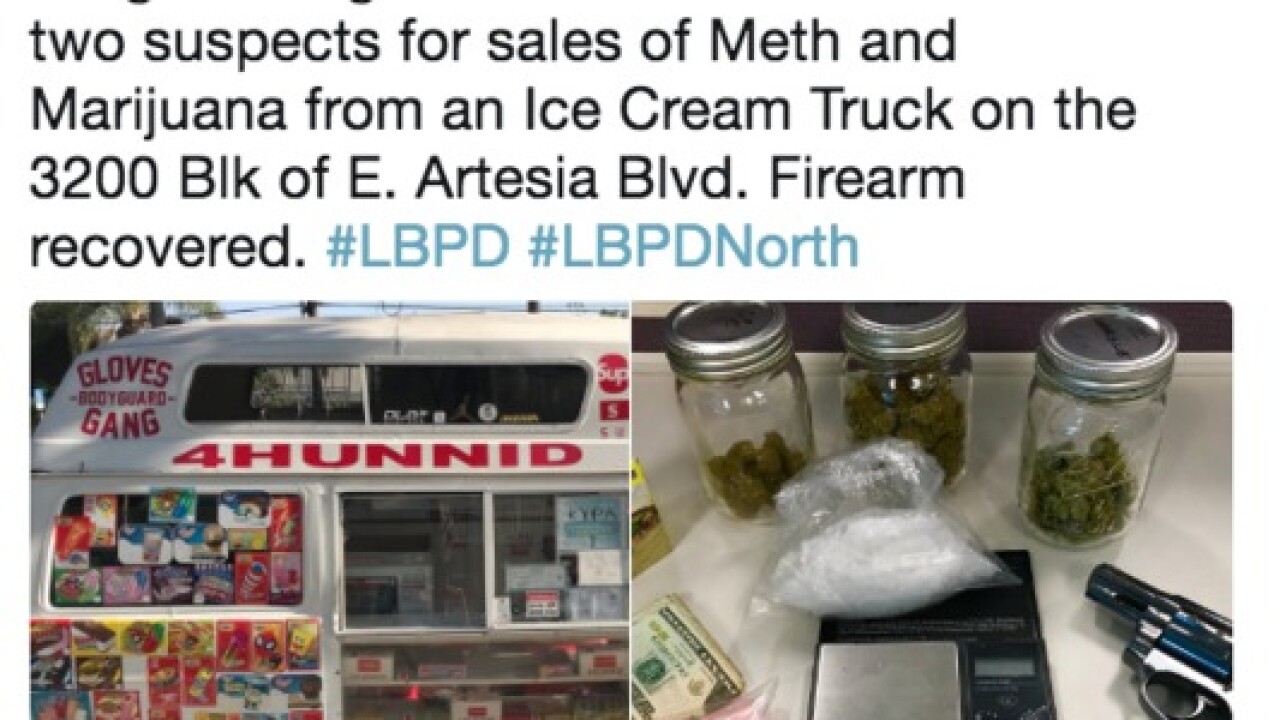 Two people were arrested on Sunday after it was revealed that they were selling meth and marijuana from an ice cream truck in Long Beach, California, according to Long Beach Police Department's twitter.